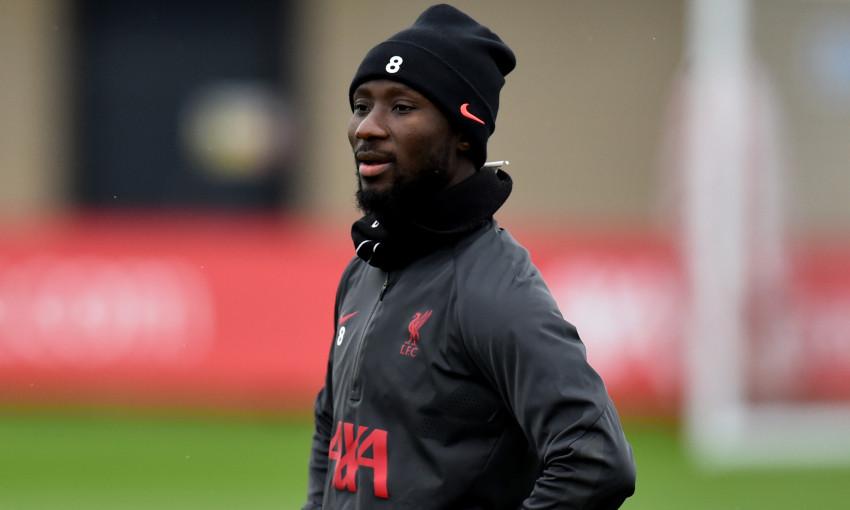 The trio are set to miss Friday evening’s FA Cup third-round tie at Villa Park as they continue their rehabilitation programmes from respective injuries.

Keita hasn’t figured since starting the 7-0 win at Crystal Palace on December 19 due to a fitness issue.

Asked whether the No.8 was close to a return, Klopp said: “Yes, soon, but not for the Villa game.”

Meanwhile, Matip will be assessed in the coming week to determine whether he will be fit to face Manchester United on January 17.

The centre-back sustained an adductor injury during the draw with West Bromwich Albion last month.

Klopp said: “Yes, we will try working on that obviously. Until the United game we still have nine days around about, so we try.

“He is in a good way but if it will be United or a few days later, I don’t know. After the United game we will obviously play every three days again, so I think that’s pretty sure, but for the United game, we will see.”

Elsewhere, Klopp confirmed Jota is still ‘a few weeks away’ from resuming team training due to a knee injury picked up in Denmark against FC Midtjylland on December 9.

The boss explained: “It will still take time, he is still wearing a brace, so that means he is still a few weeks away from team training.

“There is nothing really to say, it takes time. There was no surgery needed, which was good, but it was a proper injury.

“It is not a little knock or something; no, no, and it will still take time. There is no real timeframe there.”