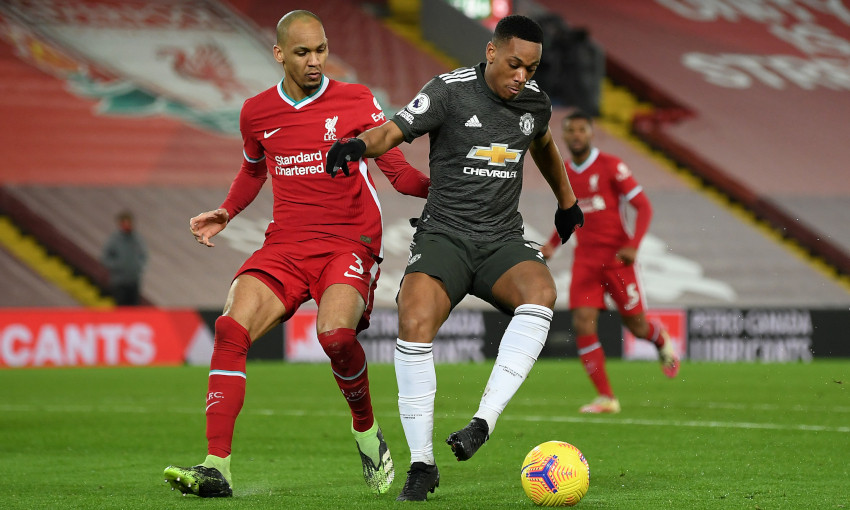 Liverpool were held to a goalless draw by Manchester United in the Premier League clash at Anfield on Sunday.

The Reds went closest to breaking the deadlock via Roberto Firmino in the first half, but the Brazilian struck straight into the arms of David de Gea after the ball had deflected into his path.

United could have won it late on; however, Alisson Becker produced a fine block to keep out Paul Pogba’s close-range effort, ensuring the points were shared.

Liverpool made one change from their last Premier League outing as Xherdan Shaqiri was handed a start in midfield.

Joel Matip remained sidelined as he works his way back to full fitness, so Jordan Henderson began in defence. 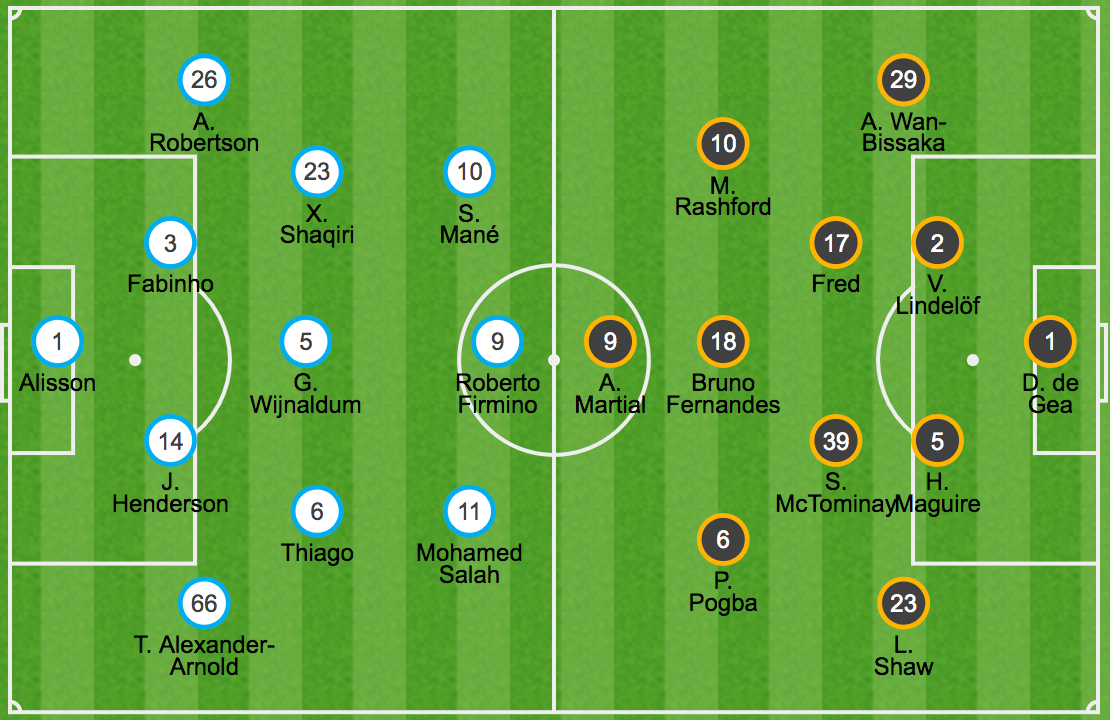 Jürgen Klopp’s 200th Premier League game in charge of Liverpool kicked off with the champions aiming to return to the top of the table.

The Reds went into the contest three points behind United, who occupied the summit.

Before play got under way, a minute’s applause was held in memory of Gerry Marsden following his recent passing.

The hosts then made an assertive start, with Andy Robertson having two openings in the early exchanges, first scuffing into the side-netting before scooping a half-volley over the bar.

On 17 minutes, Liverpool fashioned an opportunity when Shaqiri slid in Sadio Mane, who teed up Firmino. The Brazilian hoisted over the bar, however. 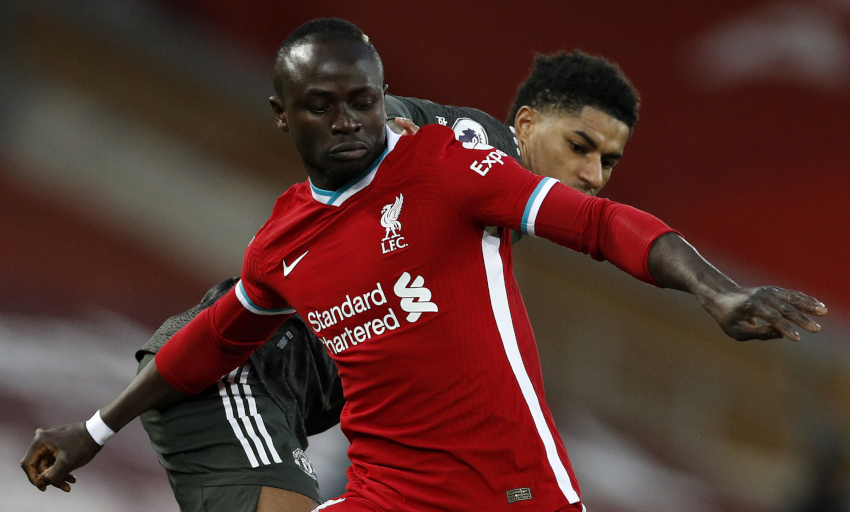 Next, Firmino had a blast blocked by Victor Lindelof inside the area after a speedy break and Georginio Wijnaldum was also thwarted by Scott McTominay getting his body in the way of a shot.

United’s first effort arrived in the 34th minute, with Bruno Fernandes whistling a free-kick from 20 yards just beyond the post.

At the other end, Firmino miscued into the arms of De Gea after the ball had deflected into his path from Mohamed Salah’s surge into the area, ensuring the sides returned to the dressing rooms level at the interval.

The game followed a similar pattern of play in the moments after the restart, with Liverpool dominating possession.

The home team did, however, need Fabinho to produce a challenge on Fernandes inside the box as the United midfielder looked set to pull the trigger.

Meanwhile, Harry Maguire was required to block as Firmino looked to touch in a Robertson cross at the back post.

Then, just after the hour, Salah had a low shot deflected around the post after good play from Firmino to fashion the opening.

De Gea then intervened at the other end to push a Thiago drive away from goal following a jinking run into space from the Spain international.

With time ticking towards the conclusion, Pogba was left clutching his head in his hands when Alisson’s sprawling save denied him what looked certain to be the opening goal, ensuring the clash ended in a draw.