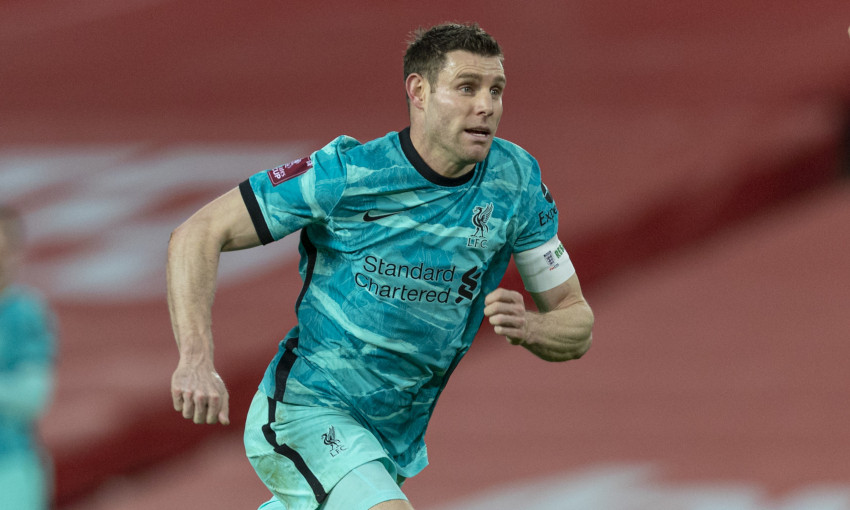 James Milner urged Liverpool to 'keep pushing and keep working hard' after they were eliminated from the FA Cup by Manchester United.

The Reds lost an eventful fourth-round tie at Old Trafford 3-2 on Sunday, having taken a first-half lead through Mohamed Salah and later equalised courtesy of the Egyptian.

It was a frustrating outcome for Jürgen Klopp’s side, one that followed their home loss against Burnley in the Premier League three days earlier.

Asked about the mood among the players post-match, Milner told Sony India: “Ultimately disappointment. It’s a cup game and the result is the only thing that matters in a cup game, so that’s disappointing.

“I think the boys can be proud of how they played. Disappointed to give away the goals we did, which could have been stopped.

“But we reacted better today to disappointments in the game, better than we have done in recent games, and I think that’s a positive for us going forward.”

No second chances in knockout football. Gutted we didn’t get the job done. Have to look forward now, a job to do on… https://t.co/ztEmVsK3xU

On the team’s confidence levels, the No.7 added: “I think when you’ve been on the run we have in the last few years, winning game after game – at times maybe when we didn’t deserve to win – and things are going your way, everything is easy.

“And obviously when results aren’t going your way, things that went your way before don’t seem to. That’s what we have to keep pushing, keep working hard, reacting the right way to disappointments.

“I think the boys did well today; they worked hard up front, created some good chances and I thought some of the play in the final third was a lot better today, we carved out some good chances.

“Ultimately today is a cup game, but hopefully it’s the first step of us getting back on a good run.”