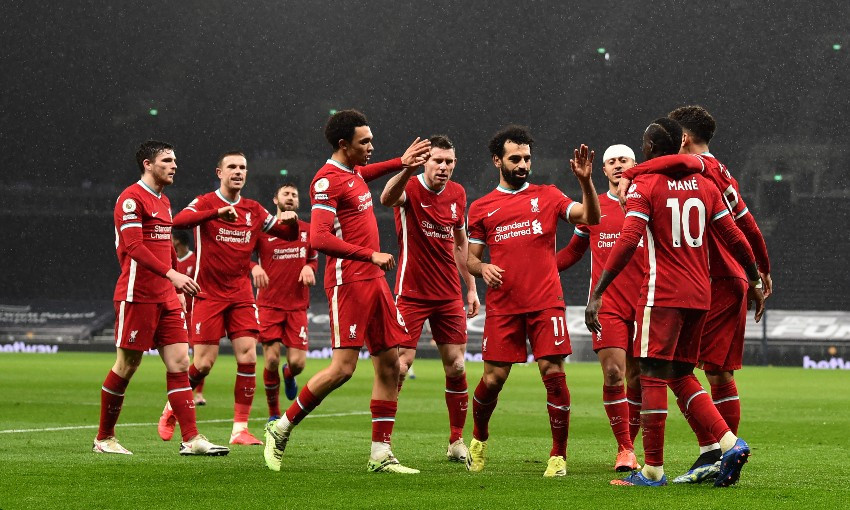 West Ham 1-3 Liverpool: How it happened

Liverpool will be without Fabinho for Sunday's trip to West Ham United.

A minor muscle issue precluded the Brazil international from playing in the champions’ 3-1 victory at Tottenham Hotspur on Thursday night and Jürgen Klopp has since confirmed that he will not be ready for the visit to London Stadium.

“Fabinho, no chance for the weekend,” the boss said on Friday.

Joel Matip, meanwhile, was scheduled to undergo a scan on Friday afternoon, on the ankle injury that forced him off at half-time at Tottenham Hotspur Stadium.

“There are still glimpses of hope that it’s not serious,” Klopp noted, of the centre-back’s problem.

Naby Keita and Diogo Jota are yet to feature in 2021 due to injury, while Joe Gomez and Virgil van Dijk are, of course, long-term absentees.

West Ham’s attacking options were bolstered by the loan signing of Jesse Lingard from Manchester United on Friday evening.

Arthur Masuaku (knee) remains sidelined and Darren Randolph has missed the last two matches due to a knock.

On the task awaiting the in-form Hammers, who have won their last four Premier League games, David Moyes stated: “We have got an incredibly difficult challenge against Liverpool, the reigning champions.

“They showed everybody and found a real bit of form [last night]. We were never in doubt of how tough the game’s going to be. We want to try to challenge the best teams and we want to see what we can do.

“The games we’ve played Liverpool, we’ve given them a good run for their money. They’re relentless and make chances and have players who are capable of scoring out of very little, so we know we’re going to have to play exceptionally well.”