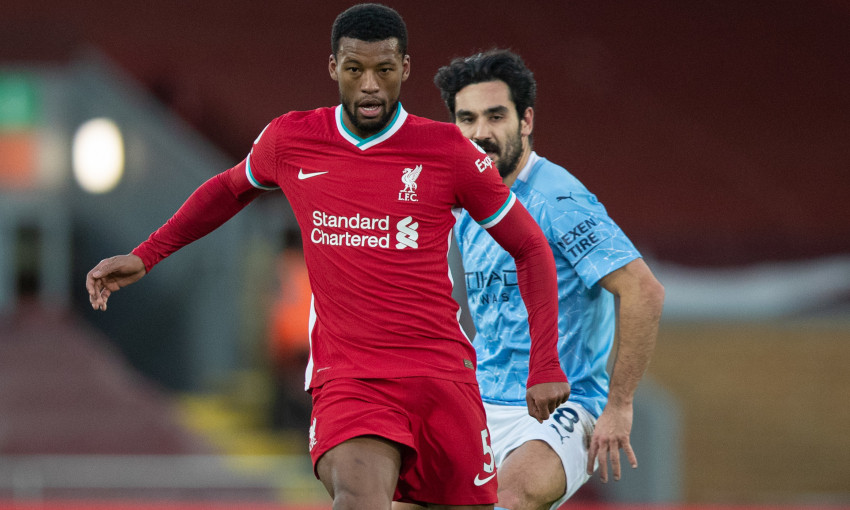 Georginio Wijnaldum stressed the Liverpool squad's support for Alisson Becker and determination to battle through a difficult period, after Sunday's defeat against Manchester City.

The Reds were beaten 4-1 by the Premier League leaders at Anfield, where Ilkay Gundogan and Mohamed Salah initially traded goals in the second half.

A pair of uncharacteristically misplaced passes from Alisson led to City striking twice in a three-minute period to re-establish an advantage that was later increased by Phil Foden.

Reflecting on the disappointment of the outcome, Wijnaldum underlined Alisson’s importance to the club and reiterated the players will not stop working to produce an upturn in form.

“Yes, of course, that’s what we will try to do,” the No.5 told Liverpoolfc.com when asked if the Reds will redouble their efforts for the fixtures ahead.

“We know it’s difficult this season, the situations we have to deal [with]. But we will not give up, we’ll continue what we are doing and try to win games.”

He said: “When you play football, you always know everyone can make a mistake. If you look at the whole season, I don’t know how many players made a mistake.

“And if you look at the other side, he [Alisson] saved us so much. It will always happen that a goalkeeper makes a mistake. You just try to fix it in the game.

Inside Anfield: Behind the scenes of Liverpool 2-2 Manchester City

Jordan Henderson: Draw is frustrating but we'll learn from it and move on