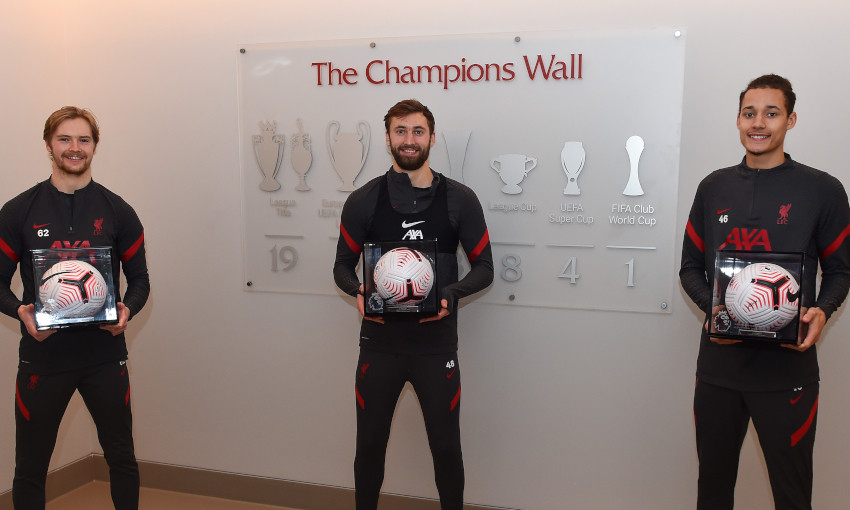 Caoimhin Kelleher, Nathaniel Phillips and Rhys Williams have each been presented with a Premier League Debut Ball after making their top-flight bows for Liverpool this season.

Goalkeeper Kelleher stepped in for his maiden league appearance when Wolverhampton Wanderers were beaten 4-0 in December.

Phillips’ debut in the division came back in October, when the centre-half started the 2-1 victory over West Ham United at Anfield.

Williams, meanwhile, was handed a first Premier League opportunity by Jürgen Klopp when he featured throughout the 2-1 home win against Tottenham Hotspur.

And the Academy graduates’ achievements were recently recognised by the Premier League as they received a commemorative Debut Ball apiece at the AXA Training Centre.

Introduced in 2015-16, the memento is given to all homegrown debutants who were developed at the academy of a club in English football for three years or more at the time of their first appearance.

It includes an official Nike match ball from the season of the player’s debut, held in a personalised, engraved case. 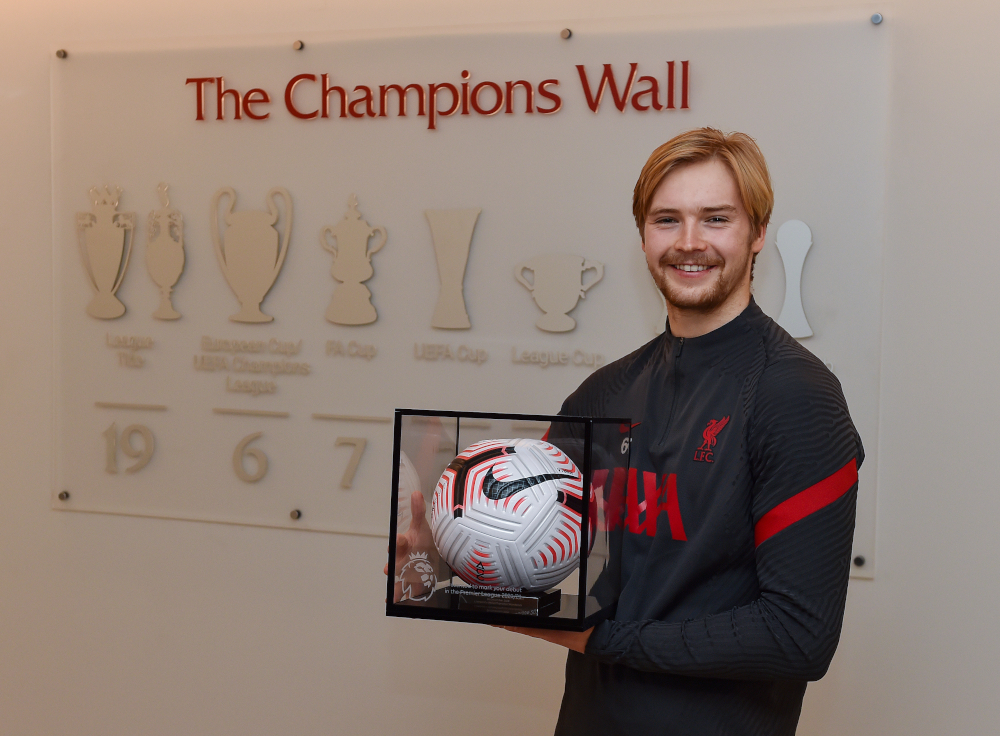 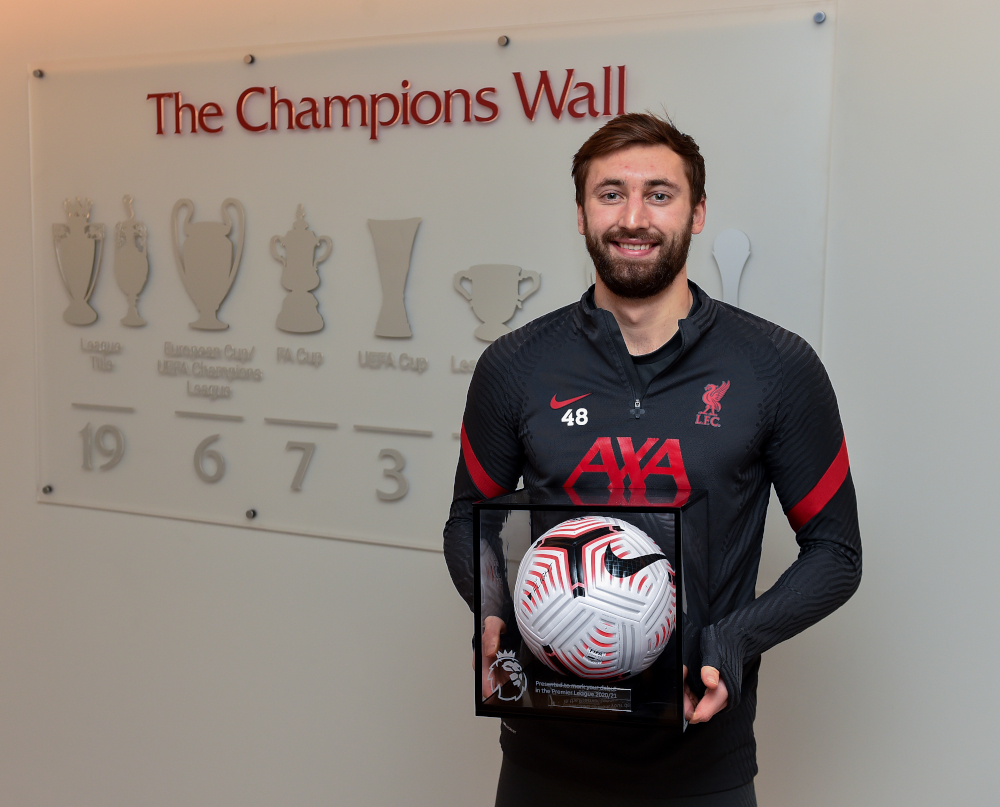 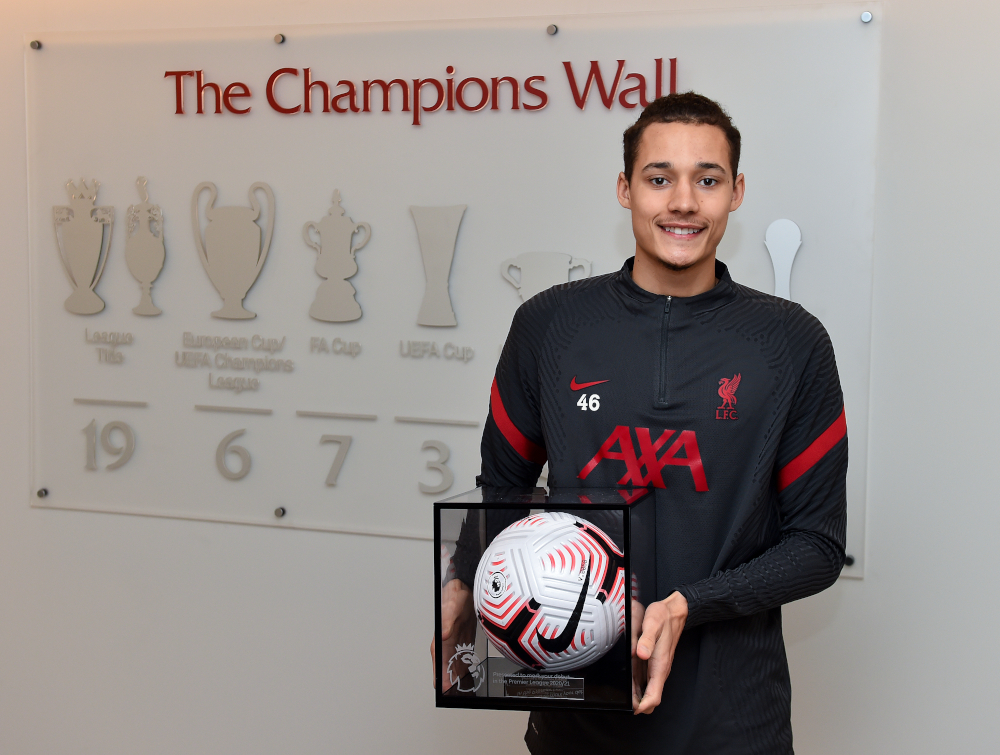