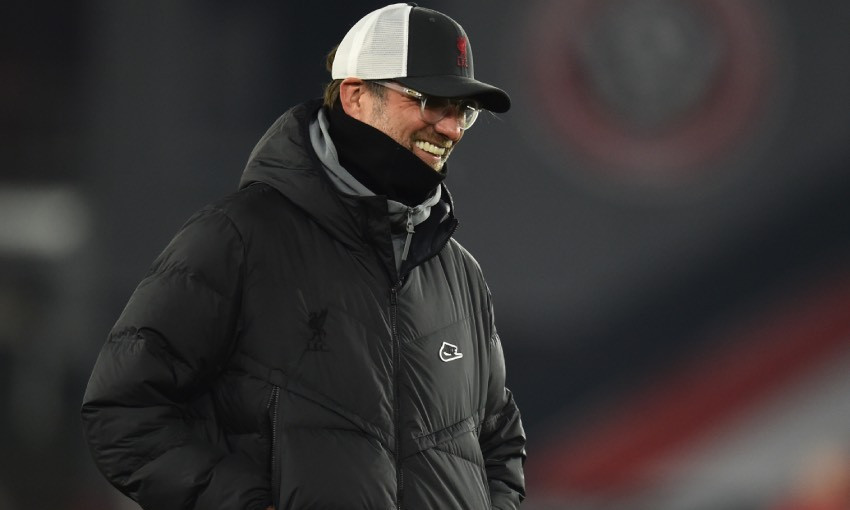 Sheffield United 0-2 Liverpool: As it happened

Jürgen Klopp was delighted with his Liverpool team after a 'very important' 2-0 win away at Sheffield United in the Premier League on Sunday.

The Reds returned to winning ways with a well-earned victory over the Blades and moved to within two points of the top four positions in the table.

After being frustrated by the form of home goalkeeper Aaron Ramsdale in the first half, the deadlock was finally broken when Curtis Jones rasped home from Trent Alexander-Arnold's cross shortly after the restart.

The advantage was doubled when Roberto Firmino worked a shooting position before seeing his strike deflect off Kean Bryan and find the net.

Afterwards, Klopp spoke to reporters in his post-match press conference. Read on for a summary of what he had to say. 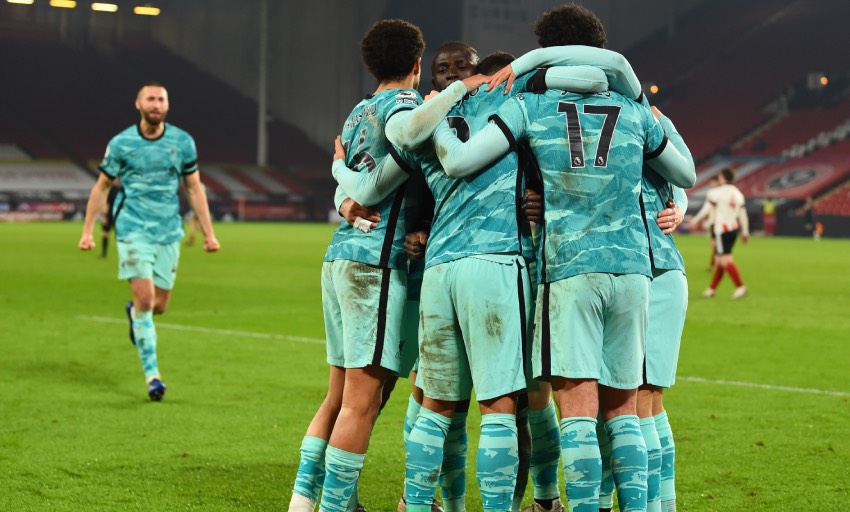 On the togetherness of the squad and Jones dedicating his goal to Alisson Becker and his family...

I was never in doubt about the togetherness of this team. So, the world is like this. We win a game, we showed togetherness obviously for everybody. We don't win a game and people guess we are not together. It's not as easy as that. It was another special week and, yeah, it is a very nice touch from Curtis, of course. But it was clear that it will be like this that we try our everything, not only for Ali, but for Ali as well of course.

There is a lot to come from Curtis. The potential is exceptional. We had a lot of talks this week, video sessions as well and we showed him just that he has to be more in these decisive areas because he's very good with the ball, his control is good. He controls the game really, keeps the ball – that's all really good – but a player with this quality we need him in finishing situations as well tonight. It worked out really well, so happy about that.

On how big a win it is in the context of the season...

Very big, very big. We needed the points obviously to get kind of in contact with the teams above us, so it was very important.

I think it is clear that we scored the two goals with the two rather scrappy situations. So, a deflected ball and the ball where obviously the whole of Sheffield thought the ball is out. But the first goal especially shows a little bit the difference between the other games and tonight because we missed chances in the first half, played super football, created super chances, and we all know we had times when we score in these situations but not in the moment. So, we have to turn around with other goals and we stay on track for the first goal – Trent keeps the ball in the game and then Curtis finishes the situation off. I think Sheffield was stood still in that moment if I'm right. I didn't celebrate because they have a better position than I have, so they probably know it's out. On top of that, the bench of Sheffield said when they watched it on the screen, on the iPad, the ball was out. I thought, 'OK, the ball was out.' But then the ball was not out and it was a big surprise.