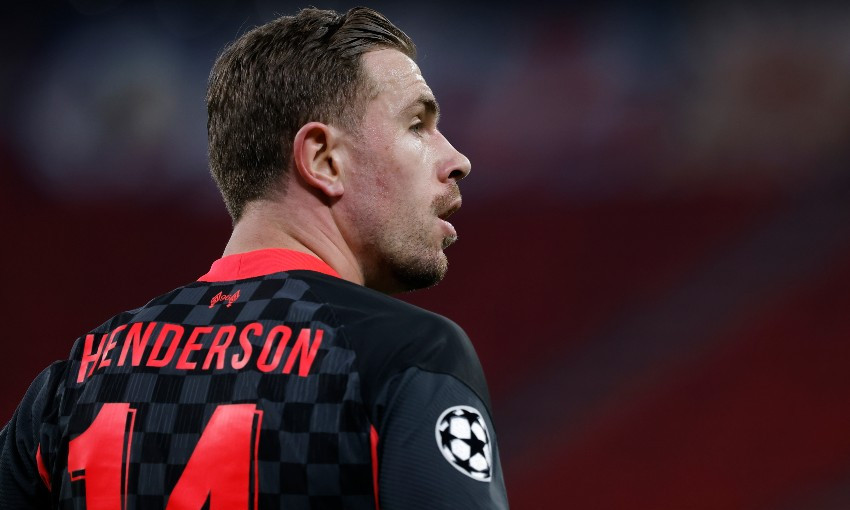 Jordan Henderson considers the impact of playing at Anfield without the backing of a capacity crowd for a year during his notes for tonight's official matchday programme.

Thursday marks the first anniversary of the last Liverpool match played at a full Anfield and, ahead of this evening’s Champions League last-16 ‘home’ leg against RB Leipzig in Budapest, the captain explains the extent to which the Reds are missing their supporters.

“It is now a year since we were able to have our fans with us at Anfield, save for a few games in front of small crowds before Christmas, but no matter how long we have to carry on playing behind closed doors I won’t ever get used to it. I don’t ever want to get used to it,” Henderson writes.

“Things are even stranger tonight with a ‘home’ game away from Anfield in Europe, a scenario which underlines how serious the situation which forced us into lockdown still is.

“Nothing I’m about to say should detract or distract from that – where matches take place and who attends them is well down the list of priorities for the country at the minute – but the sooner we can get some sort of normality back into football the better.

“Anfield is a totally different place with supporters. The pitch, the dressing rooms, the stands and the surroundings are all the same, but the atmosphere couldn’t be more different.

“People think of the songs, the noise when we score, the buzz before kick-off and there’s no question that they are all missed. But it’s easy to overlook other elements, like the boot up the backside that the crowd can and does give us when we need it.

“Whether it’s what we hear, what we see or what we feel, Anfield just doesn’t feel right and it won’t do until the stadium is full once again. 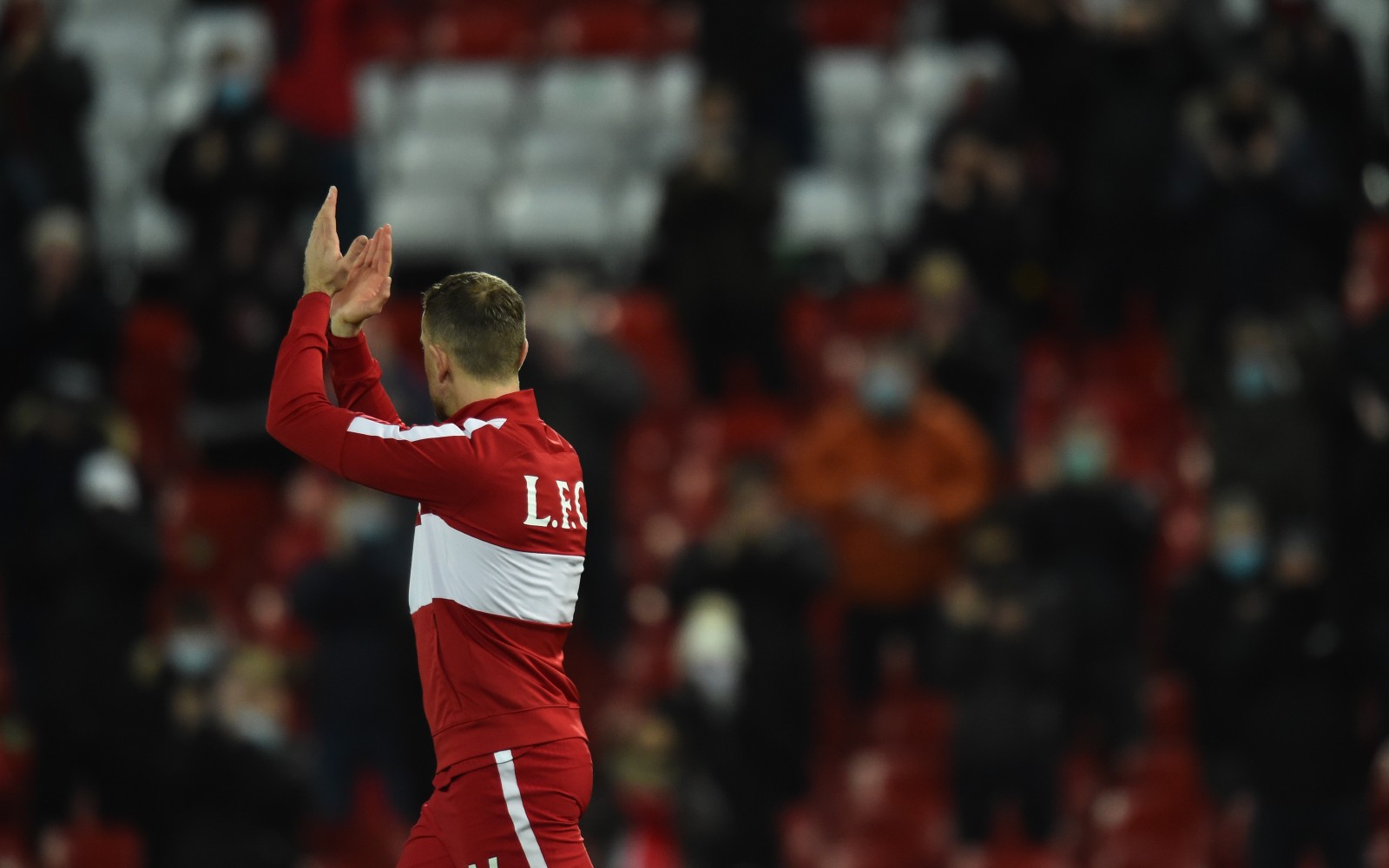 “I should stress that none of this is an excuse for our home form and it won’t be used as one. As players we take full responsibility for that. In recent weeks we have let ourselves down and as captain it is my place to point that out and also to examine the areas where I could have done better, whether in the team or not.

“I can assure everyone who is reading these notes that self-criticism is a big part of the Liverpool squad and none of us are shying away from the current realities.

“What I don’t want to lose sight of, though, is how we set the standards that allowed us to become champions of Europe, England and the world. A big part of that was our fans who made Anfield a brilliant place for us to play football and a terrible venue for away teams to have to visit.

“They say you don’t know what you’ve got until it’s gone, but in this case that isn’t true. There can’t be a single player who has been at Liverpool in recent years who isn’t aware of how special the crowd is that we play in front of.

“There probably isn’t an opposition player or manager who doesn’t recognise this either, especially given so many of them have spoken about how different the Anfield experience is for them in the current circumstances.

“But while I knew what we had, I probably didn’t appreciate it quite as much as I should. I definitely didn’t take it for granted and I have always been hugely aware of the sacrifices and commitment that our supporters make and the kind of atmosphere that they can make.

“The extent of their impact, though, can probably only be fully appreciated in their absence.

“If there is a lesson for football in this, good. Sometimes we all need a reminder to realise how important certain people are in our lives and in the case of fans, I think football as a whole has been given numerous reasons to recognise what they bring to the game and that will be as clear as ever tonight when we play another Champions League tie in front of thousands of empty seats.

“This is why I cannot wait for the day when supporters come back and I don’t just mean a couple of thousand here and there – I mean full houses with fans everywhere you look urging us on and never allowing us to settle for second-best.

“Players and managers get headlines, but everything that we have achieved at Liverpool in the last few years has been in partnership with our supporters. I’m as aware as anyone that the health of the nation must come first, but the sooner we are back together the better.” 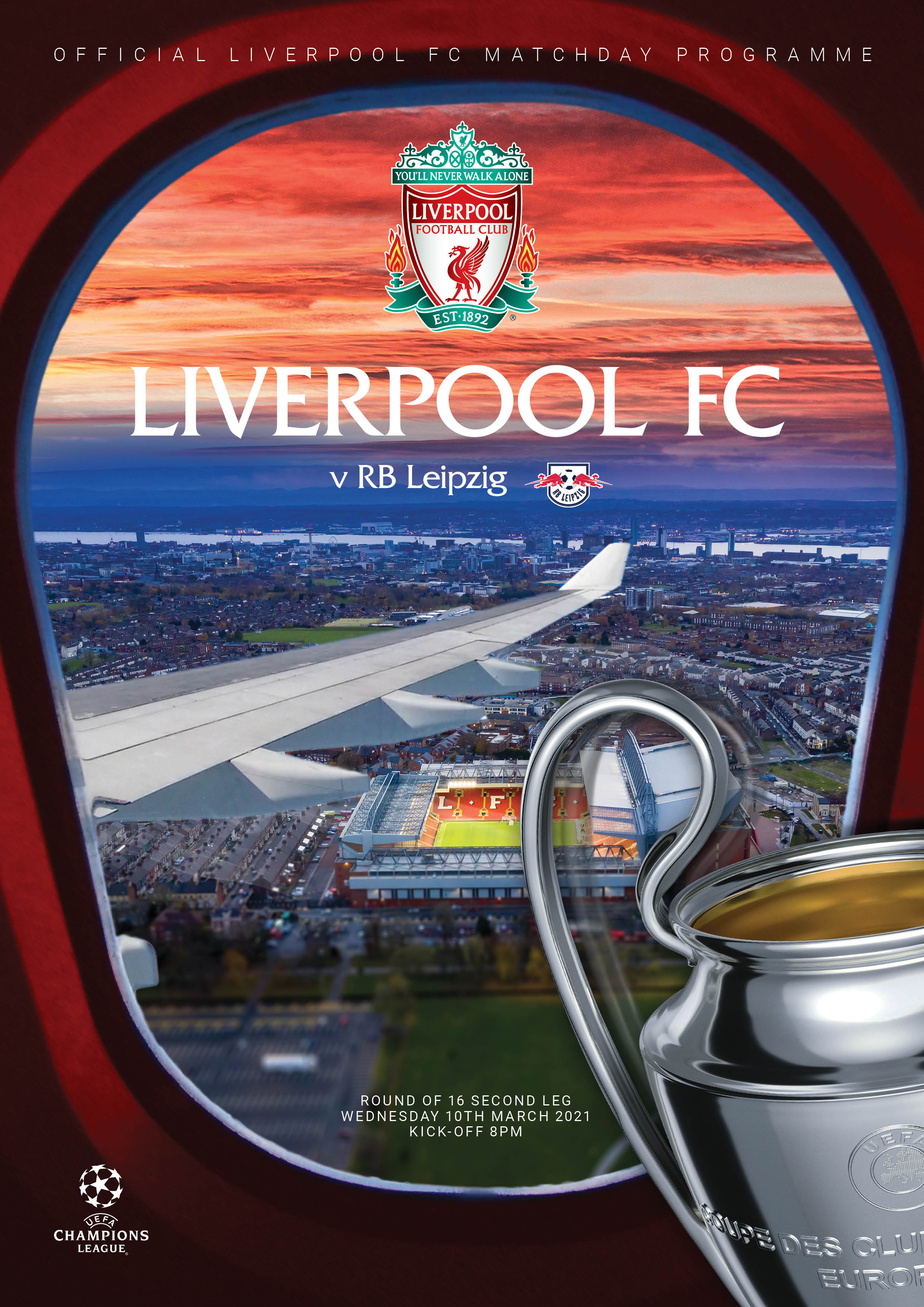