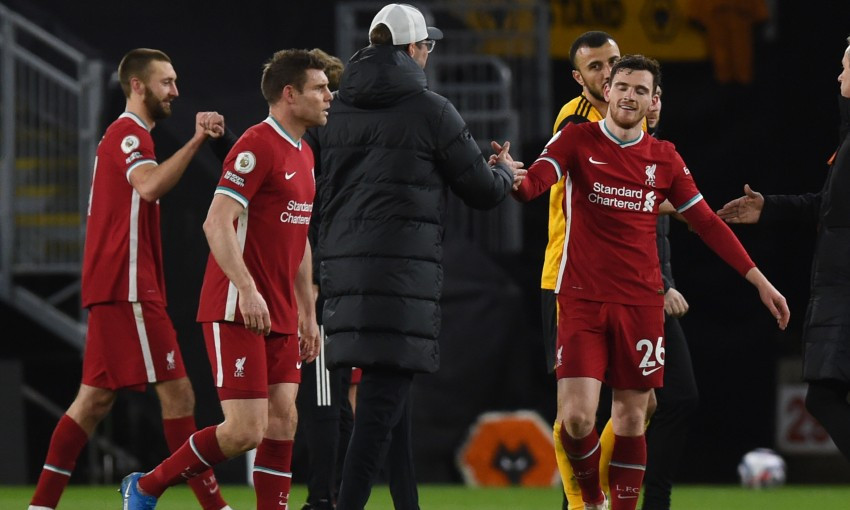 Monday’s 1-0 victory over Wolverhampton Wanderers in the Premier League arrived five days after the Reds had secured their spot in the Champions League quarter-finals by beating RB Leipzig 2-0 in Budapest.

Jürgen Klopp’s side do not play again until early April and Robertson is targeting a continuation of their recent upturn in form following the upcoming international break.

“Of course when you’re winning everything is good. You want to keep playing and keep that momentum, but this has been the longest [we’ve had] without any internationals,” the left-back told Liverpoolfc.com, when asked if the international fixtures come at a frustrating time given the last two results.

“Sometimes it’s nice to go and represent your country and be around different faces again, different ways of playing and stuff like that. Hopefully we can all come back fit and healthy and refreshed.

“It’s quite unique this situation that we don’t play this weekend but it’s valuable time for us. We’ve played a lot of games and I’m definitely looking forward to a couple of days off.

“It’s important that when we come back we try to carry on where we left off because these last two games have been more like us: ugly to play against, tough to defend against and we have taken chances when it’s mattered.

“So hopefully that continues for the rest of the season, because we’re going to need it. If we do that, let’s see where we end up.”

Read on for the rest of our post-match chat with Robertson... 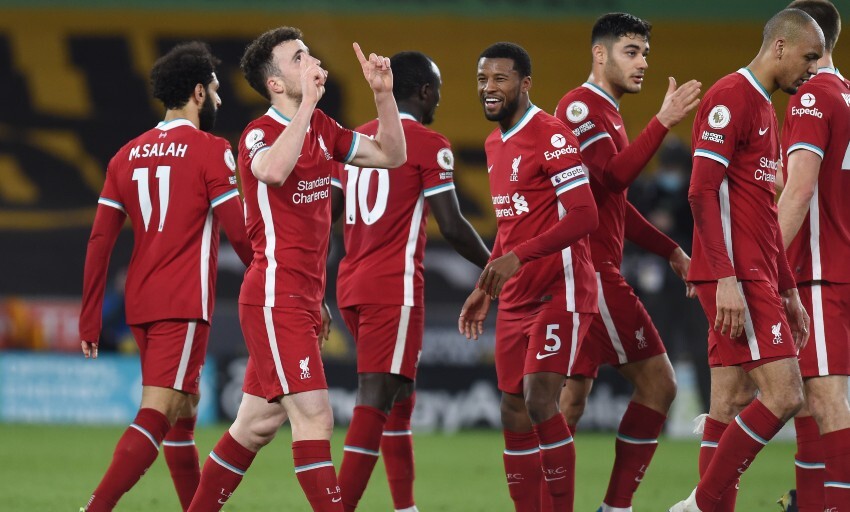 On working hard for the three points at Molineux, a tough place to play…

It always is. I was sat in the hotel today and the highlights of our game here last season popped up - it showed how incredibly tough it was and we knew it wasn’t going to be any easier this season. Two teams who, going into this game, are probably the two teams most disappointed where they are in the Premier League. Wolves are so much better than where they are. The quality they have got and the quality team they have got, it’s always tough coming here. Our situation speaks for itself but we had to dig deep at times, win ugly and we’ve not done that enough this season. It happened a couple of times in the last couple of years where we have won ugly without playing our best and maybe got a 1-0 or 2-1 win [but] it’s not happened enough this season. Too many times this season we’ve been on the wrong end of a 1-0 or it has been 0-0 and frustrating.

Sometimes these are the best ones, winning ugly, and sometimes you can take a lot more from it, but we just need to build a bit of momentum now. Two clean sheets on the bounce, we are in the quarter-finals of the Champions League, another three points when a couple of teams above us have dropped points. Look, it’s positive and we need to keep going and we need to try to build momentum for the last part of the season. We need to try to be as good as we can be and let’s see where we finish up at the end.

On Diogo Jota netting the winner against his former club…

I’m sure he was desperate to score… coming back, playing against his old friends and he’s got some fantastic memories here. I’m delighted for him, we’ve missed him and it’s great to have him back from injury and it’s great to see him out there again. That was a finish he was doing in the early part of the season so we are glad he’s not lost that! It was great for him to get the winning goal but it was a tough win tonight. I thought our two centre-backs were amazing again, Trent was brilliant, they really helped us to keep a clean sheet and I thought they were magnificent tonight, so credit goes to them.

On the performances of Ozan Kabak and Nathaniel Phillips…

In a game like this when, like I said, you win ugly and they start throwing bodies forward for headers and it’s scrappy, some of their blocks and the way they put their head in it was fantastic. It’s a wee bit different, Ozan has had to come in and done really well. Big Nat has been around for a long time and he’s a wee bit older but now he’s getting his chance and you can tell that. He’s willing to take that, he’s still learning and he’s becoming commanding at the back. Look, it’s only the start. We can’t get carried away and it’s two clean sheets, we are in the quarter-final of the Champions League and we’ve pushed up the league a wee bit. We still need to keep pushing and we need a really strong finish to this season. Hopefully we finish where we want to be. It’s going to be tough but we never give up and we keep fighting.

Clean sheet and an away win against a talented team! Thoughts are with Rui. Wishing you a speedy recovery. https://t.co/aV60sdN5eO

It’s horrible. The longer it goes, you start worrying and football becomes irrelevant at that point. The goalkeeper has family and you start worrying for him. I spoke to one of their coaches and he seemed to be conscious when he was coming off on the stretcher so that’s one positive, but I’m sure they won’t know the extent of it quite yet. It’s not nice to see, it’s horrible. Wolves have lost two big players to that this season and it’s not nice. My thoughts go to him and all his family, I’m sure he will be OK. When he goes off you just have to dig deep and hope he’s OK, so I’m glad he seems to be conscious and my thoughts go to him and the players. I’ve been involved in a serious head knock during my time with Hull with Ryan Mason and I know how it can affect the changing room as well. Hopefully we see him back very soon.