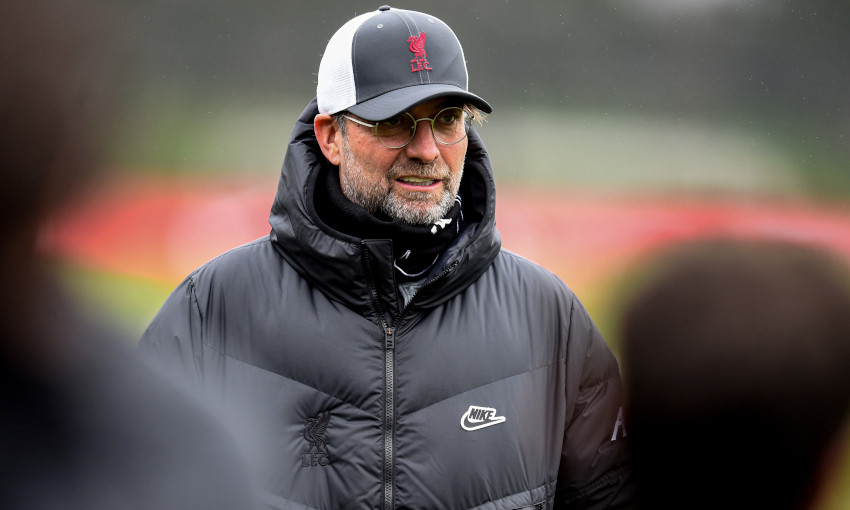 ‘Exciting’ is how Jürgen Klopp termed Liverpool’s pairing with Real Madrid in the quarter-finals of the Champions League on Friday morning.

The Reds will take on the La Liga side in the last eight of the tournament next month, with the away leg scheduled for April 6 and the return set for April 14.

It is, of course, the first meeting between the clubs since the 2018 Champions League final in Kiev, which Madrid won 3-1 at the NSC Olimpiyskiy Stadium.

Speaking to Liverpoolfc.com at the AXA Training Centre, Klopp said: “It’s exciting, exciting. It’s obviously a tough draw but I am fine with it because if you look at all the other teams you think, ‘Oh my god’ because they are all strong and all have quality, that’s clear. I am really looking forward to the games.

“It’s only just over two years ago that we faced them and it was a tough night for us, so to get the chance to play them again is cool.

“I know it’s a different round and whatever and we don’t know where we will play and stuff like this, but that’s all OK. If it will be Budapest, that’s fine. We are fine with that. The home game maybe hopefully at Anfield, that would be great as well.

Though that final is the only time Klopp has faced Madrid as Liverpool manager, he took on the Spanish giants six times in the Champions League while in charge of Borussia Dortmund.

“And a few young prospects, proper players on top of that. Again, I’m really looking forward to it.”

Liverpool avoided an all-English affair after Manchester City were pitched against Borussia Dortmund and Chelsea were drawn with FC Porto, though the winners of the latter will face either the Reds or Madrid in the semi-final.

“I think we are all the same: Bayern doesn’t want to play Dortmund, for example, because they are from the same country and for us, it was City and Chelsea,” Klopp said.

“If we can avoid as long as possible then you do it, but all the rest, it was clear we would face a tough opponent.”