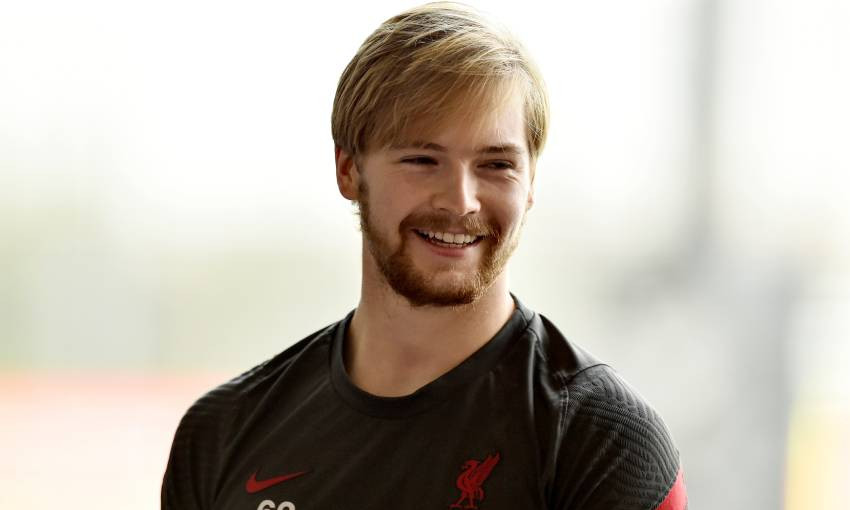 Perhaps a bit of lost sleep is the only lifestyle change Caoimhin Kelleher has noticed in this progressive season of his.

In the early hours of December 2, 2020, the goalkeeper was tossing and turning in his bed. Attempting to sleep was, it turned out, a fruitless task.

“It happens to me after most night games but probably not to that extent,” he says.

Adrenaline was still pumping through the 22-year-old as his mind replayed the Man of the Match, Champions League debut he’d given against AFC Ajax hours earlier.

He eventually settled down and, later on in the same week, recorded another clean sheet on his entrance to Premier League football at home to Wolverhampton Wanderers.

Despite his career milestones and potential future ones, Kelleher's approach to all things has remained the same.

"I think I'm just quite laidback and chilled," he tells Liverpoolfc.com from his home. "My girlfriend always says to me, 'Nothing fazes you.' She kind of just laughs at me because I'm always just so chilled. I've always had that trait with me.

"I just like to get on with it and not be in the spotlight. If I had a choice, I wouldn't be but it's part and parcel of what comes with football.

"And I know if you do well on the big stage, you're going to be in the spotlight. But it's not something I particularly enjoy."

The reality, however, is that all this may have arrived even sooner had it not been for an unfortunate bicycle accident during a holiday in the summer of 2019.

It meant Kelleher was out nursing a broken wrist at the same time Alisson Becker suffered his injury in Liverpool's season opener at home to Norwich City.

"I haven't gone on [a bike] since and I won't be going on one for a while, I reckon!" he now laughs. "I'm a bit scarred from that incident.

"It wouldn't be something I look back on and think [about]. Anything can happen in football. Maybe if I didn't get injured, then maybe Alisson might not have got injured and stuff like that. So you just never know what's going to happen.

"I'm so grateful for the opportunities that I've been given and I'm blessed to have had the chances I had this season and for the way it's gone for me.

"I think it came at the perfect time for me when I was fully ready and able to take my chance. I'm looking forward."

In 2015, Kelleher made the move from his boyhood team Ringmahon Rangers in Cork to the Reds' Academy set-up, where his relaxed mindset stood out to the coaches there.

In the stopper's opinion, such behaviour can send a vital, reassuring signal to teammates in games.

On his pre-match routine, he details: "I just play some nice chilled-out music and just try to be relaxed and ready for the game.

"If you're calm and composed, it gives that confidence throughout the team that they all trust you. Because you're the goalie, everyone has to trust you and have full confidence in you."

A certain off-the-pitch interest of Kelleher's may also enhance his goalkeeping.

"I've actually been getting on quite good at it, so one day I want to be able to do a full dance or something like that.

"You have to have your feet in great coordination and be able to move them so quickly, so it definitely helps in terms of goalkeeping. It does me no harm.

"I won't be showing it to anybody!" 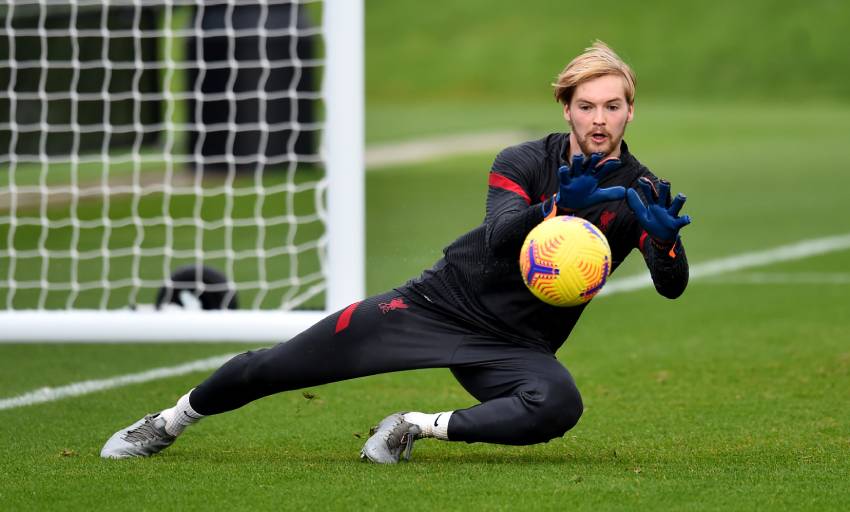 To switch off from football entirely, Kelleher finds watching TV helps – though it tends not to be a genre more typically enjoyed in the Liverpool dressing room.

"I like to watch Masterchef, I've been watching that lately," he admits. "I actually love it, to be honest. I just binge-watch it all the time. I can't cook the best either, so I try to get some tips off that.

"I do love football and I surround myself with it a lot of the time – whether that's going training, then coming home and maybe watching football. I am a bit like that, but I also like to just chill out as well and take my mind away from it.

"When we're allowed, I like to go out and play a bit of golf and just go to the cinema, go out for some food – just normal stuff like that."

His development and experiences in 2020-21 so far has Kelleher feeling more established as a Liverpool first-teamer.

And while the campaign could well be considered life-changing for him, it won't alter the person.

He finishes: "I think I'm just normal. I'm normal, same as all the other lads really. The group is just down-to-earth, humble guys. That's why we all gel together so well.

"I'll probably be one of the quieter ones, I've always been a quieter one, but I get on well with all of the lads, we've good craic between all of us. I really enjoy my time in the dressing room."