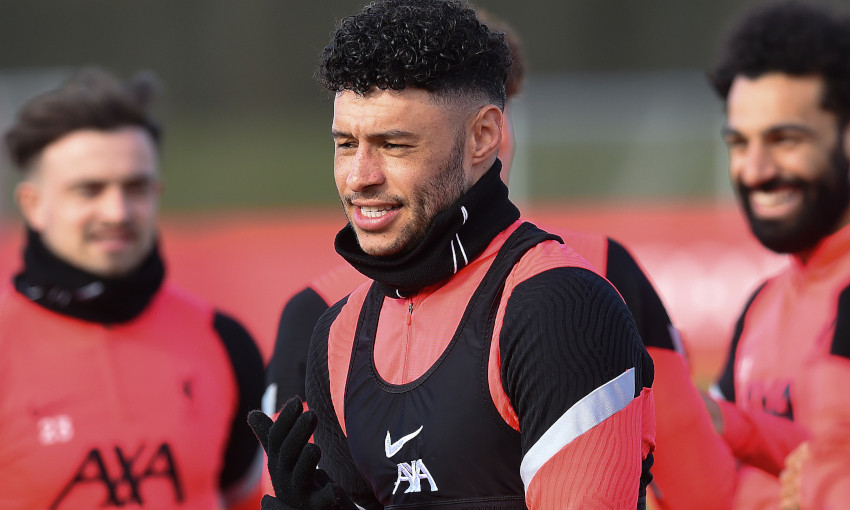 Liverpool are set to welcome Alex Oxlade-Chamberlain back into the squad for Wednesday night's Premier League clash with Burnley.

The midfielder, who was unavailable for last week’s victories at Manchester United and West Bromwich Albion due to illness, has now returned to team training in time for the trip to Turf Moor.

James Milner could come into contention to face the Clarets, but Naby Keita is ruled out.

“Millie will train today but is that then enough for being involved tomorrow? I will see,” explained Jürgen Klopp at his pre-match press conference on Tuesday.

“Ox was ill, [so] yes, Ox is back. Naby wasn’t part of team training yet so that will not be enough until tomorrow for sure. Ox was in team training so he is back.”

Diogo Jota remains sidelined with the foot injury he sustained at Old Trafford, though the Portugal international has a chance to feature against Crystal Palace on Sunday.

Initial assessments had suggested Jota would be out for the remainder of the season but further scans returned a more positive diagnosis.

“When the swelling went down, we did another picture and it looked better than in the first place with the first scan. With the CT [scan] you could see it better,” said Klopp.

“So, there is a tiny, tiny little chance for him for the weekend, but it depends how it improves now. We have to see that.

“It is obviously good news for Portugal and for Diogo himself, with the Euros not in danger at all. That’s good, but if it’s good enough for us, we will see.”

Sean Dyche, meanwhile, offered an update on Burnley’s injury situation during his media briefing on Tuesday.

The Clarets boss said: “Nick Pope is touch and go, Dale Stephens and Phil Bardsley both had operations and will miss it, and Kevin Long and Robbie Brady are both still unavailable.”