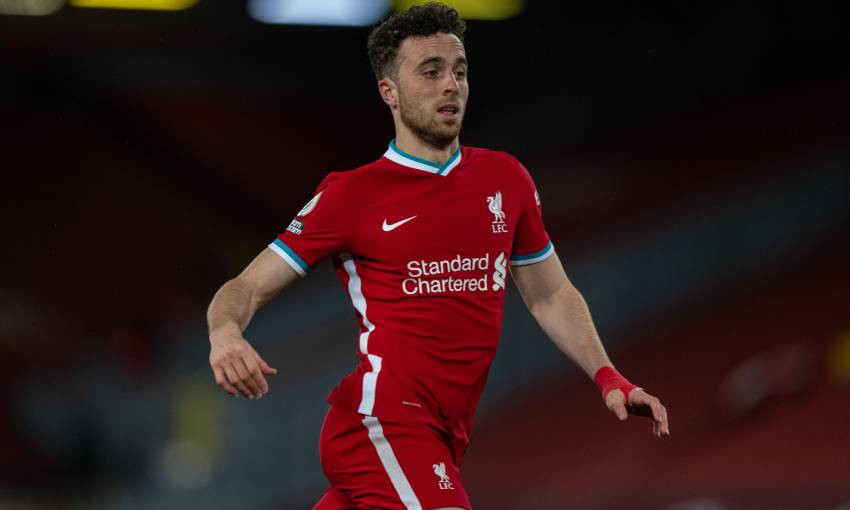 Liverpool will make a late assessment to determine if Diogo Jota is available for Sunday's season finale with Crystal Palace, Jürgen Klopp confirmed.

The forward has been sidelined for the Reds after injuring his foot during the victory away at Manchester United earlier this month.

Having previously thought the No.20 would be forced to miss the remainder of the campaign, a further diagnosis revealed the injury isn't as serious as first thought.

Offering an update on Saturday, the boss told Liverpoolfc.com: "I don't know yet. It all looked good and he will probably train today – that was the plan yesterday.

"And when he can train, we have a look how he trains and then we make a decision if he will be involved."