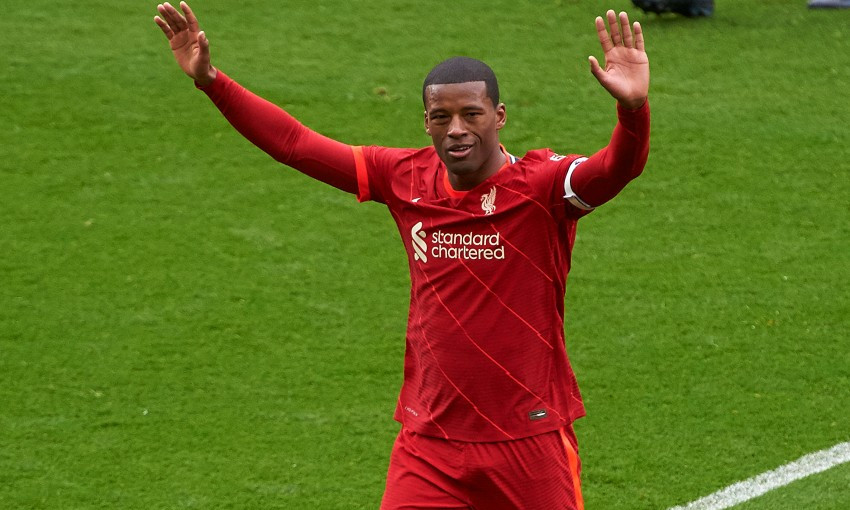 Sadio Mane struck twice as the Reds treated the 10,000 fans who returned to Anfield to a crucial win that confirmed their spot in the 2021-22 Champions League.

If this was to be Georginio Wijnaldum’s final appearance for the club, he was afforded a farewell that befits his status as an Anfield great.

Having captained the Reds to a two-goal lead that made their top-four finish a nigh-on certainty, Wijnaldum was substituted late on as Jürgen Klopp invited the supporters present – who frequently chanted the Dutchman’s name throughout the day – to rise and acclaim him.

That they did, with Wijnaldum receiving a rapturous standing ovation – along with the applause and affection of his teammates – prior to his guard of honour ahead of the squad’s lap of appreciation.

Two-hundred-and-thirty-seven games, 22 goals and four major trophies, all in the space of just five seasons.

“I will be a Liverpool supporter for life,” the No.5 told us post-match.

‘It means the world to us’

“To have the opportunity to do this, to have this last game in front of 10,000 people, means really the world to us.”

So said Klopp during his post-match press conference, with the manager going on to state that it felt like Anfield was sold out as kick-off approached, such was the din created by those present.

“That was absolutely incredible, it was so nice to have this experience again together.”

The fans serenaded the manager, who responded with a beaming smile and by placing his hand over his heart, as he completed his pre-match media duties.

They hailed their heroes during the warm-ups, and the players were visibly delighted to once again have their unequivocal backing before, during and after the match. 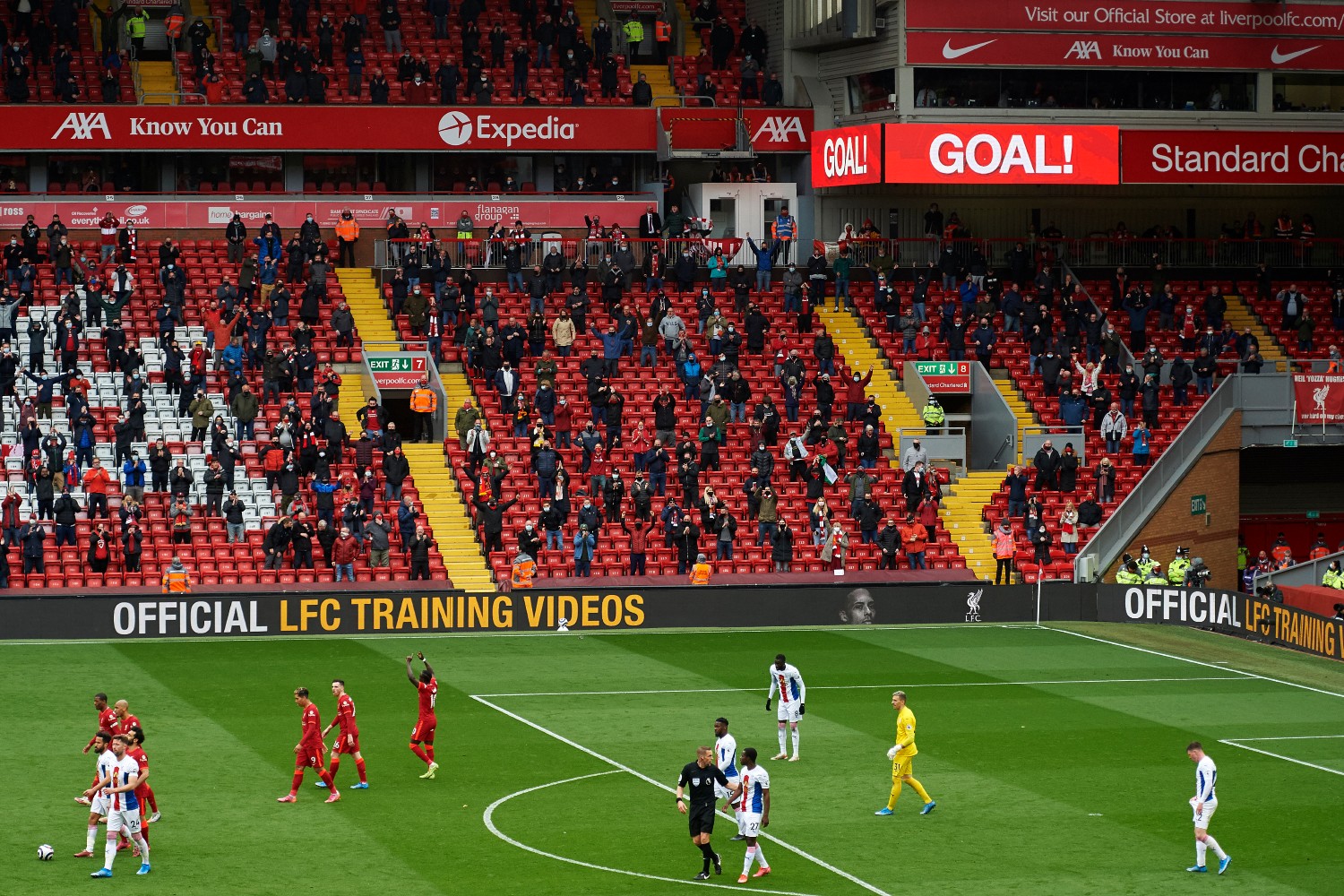 Thank you for your support all season, Reds 🙏🔴 There's been ups, there's been downs... but we went through it toge… https://t.co/6lr7V1KxMj

When Liverpool travelled to Molineux on March 15, they sat eighth in the table having collected 43 points from 28 Premier League fixtures in 2020-21.

That left them eight points adrift of fourth-placed Chelsea and 13 behind Leicester City in third.

Diogo Jota scored the only goal of the game to defeat his former club that evening and that, it would transpire, was the turning point.

Victory over Wolverhampton Wanderers proved to be the catalyst for a run that would see Liverpool amass 26 points from their final 10 games of the season and, of course, overhaul both Chelsea and Leicester.

When they needed to dig deep, Klopp’s mentality monsters did so. Again.

The Reds’ late-season surge means Klopp has now led Liverpool to a top-four finish in each of his five full seasons in charge.

This represents the club’s longest streak of finishing among the top-four places since teams led predominantly by Bob Paisley, Joe Fagan and Kenny Dalglish did so in 10 consecutive campaigns from 1981-82 to 1990-91.

“For the whole team, fighting through this and finishing third is the best lesson you can learn for life,” Klopp assessed.

“I couldn’t be more happy that I was around when that happened again. From nowhere to the Champions League in five weeks is a massive achievement as I see it and I think that’s right.” 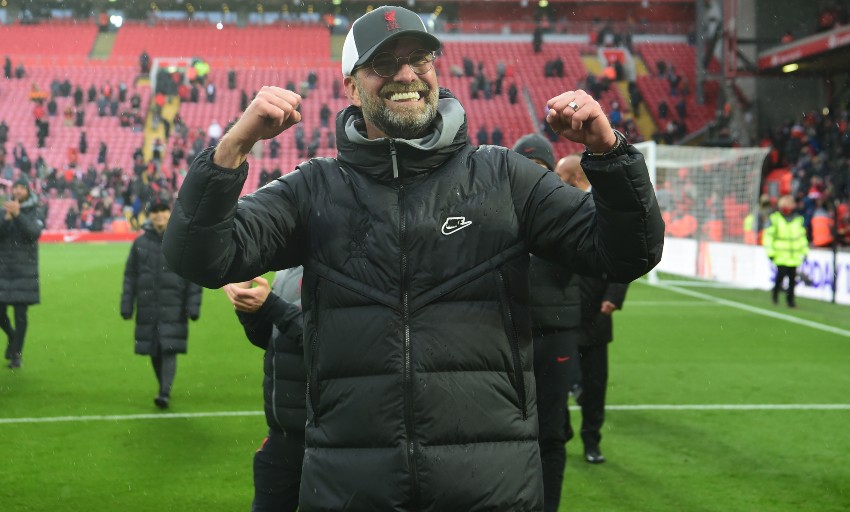 Eight in a row for super Sadio

Mane has now scored in eight consecutive top-flight fixtures against Crystal Palace, and is the first Liverpool player to net in eight-straight league matches versus a single opponent.

The No.10 joins Robin van Persie as only the second footballer in Premier League history to achieve this rare feat, with the Dutchman having done so against Stoke City.

And Mane’s brace on Sunday also ensured that he has netted 10+ times in all seven of his seasons in the Premier League.

He is just the second player to reach double figures in five successive campaigns for the Reds after Michael Owen, who did so in seven-straight seasons from 1997-98 to 2003-04.

By replacing Wijnaldum, James Milner became the 80th player to hit the landmark of 250 appearances for Liverpool.

And, at the age of 35 years and 139 days, the vice-captain was the oldest of that group to do so, as he was 100 days older than Berry Nieuwenhuys, who reached the milestone in December 1946.

James Milner makes his 250th appearance for Liverpool in all competitions, the 80th player to reach that total for… https://t.co/2KwYYOJo8X