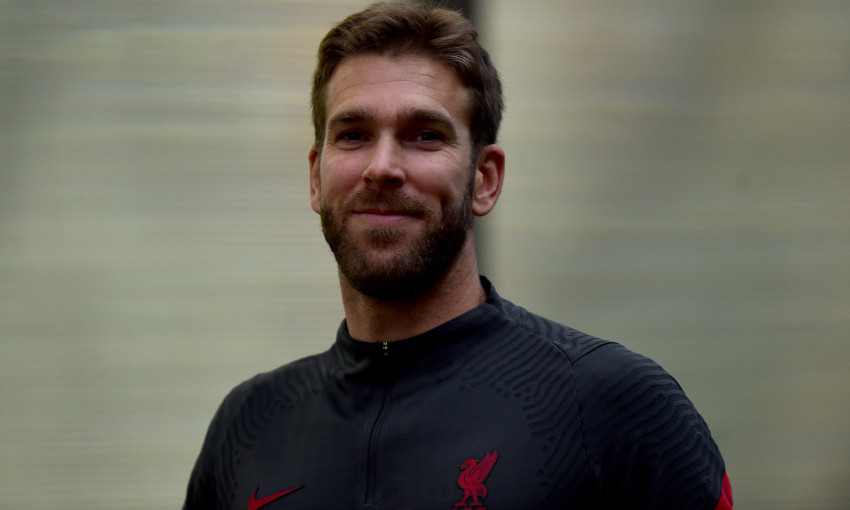 Liverpool goalkeeper Adrian has signed a new, extended contract with the club.

The Spanish stopper joined the Reds on a free transfer in August 2019 and has made 24 appearances in all competitions to date, lifting the Premier League, FIFA Club World Cup and UEFA Super Cup along the way.

Adrian’s spell at Anfield will continue after he put pen to paper on a new deal following the end of the 2020-21 season.

“I’m delighted, I’m very happy to stay in the club,” the No.13 told Liverpoolfc.com.

“Firstly, because it’s a reward from the club for the hard work that I’ve been doing since I signed two years ago. I really appreciate that confidence from the club, from the manager and from everyone involved in that situation.

“And secondly, and above all of that, it’s a pleasure to stay in Liverpool – it’s such a big club. But being as well a family club, it’s very special for any player to stay here. I am privileged.”

The 34-year-old is now eager to play his part next term as Liverpool aim to build on a 10-game unbeaten Premier League run that secured third place and Champions League qualification in May.

“I try to help the team in every moment,” he said. “To try to enjoy and give my experience in every second, to the player who plays in that moment or when I play, to try to be together at the same time.

“Because when you are giving your best, the other one is giving their best for sure and you’re pushing each other. At the end, it’s good for the club, for the group, for the manager as well to take the right decision in the moment for the game.

“I’m happy to do that job and also to try to have my opportunity as well and give the best when I have the chance.”

Jürgen Klopp on Caoimhin Kelleher, Adrian and No.2 position