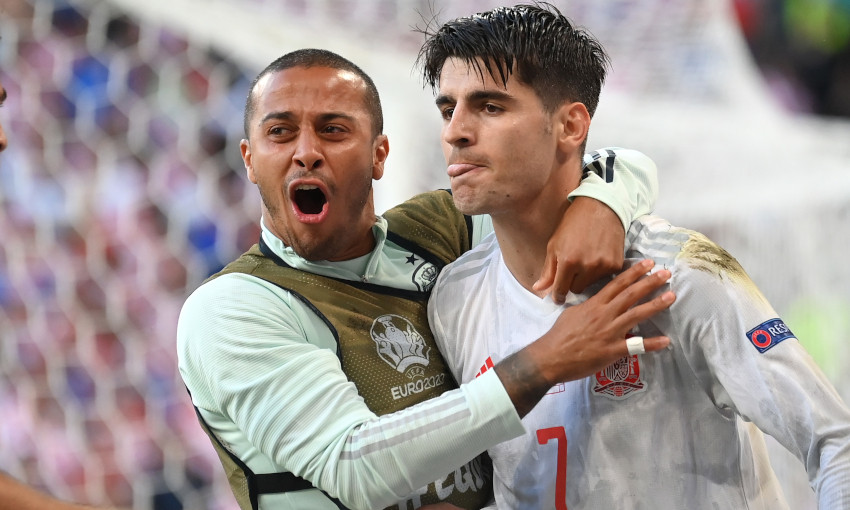 There was delight for both members of the Liverpool contingent on duty during the latest Euro 2020 round of 16 fixtures on Monday evening, which produced a remarkable 14 goals across two matches.

In the day’s early kick-off, Thiago Alcantara was an unused substitute as Spain edged Croatia 5-3 after extra-time in a thrilling contest in Copenhagen.

Luis Enrique’s side had led 3-1 entering the final five minutes of normal time, but were pegged back by late strikes from Mislav Orsic and Mario Pasalic.

However, Alvaro Morata and Mikel Oyarzabal netted during the additional 30 minutes to send Spain into the last eight.

Meanwhile, there were similar pulsating scenes in Bucharest as Xherdan Shaqiri figured for 73 minutes for Switzerland against France.

Two late Swiss goals tied the contest at 3-3 at the end of normal time in a dramatic finale, before they prevailed 5-4 in the penalty shootout.

Thiago and Shaqiri will now go head-to-head in Friday’s quarter-final in St Petersburg.