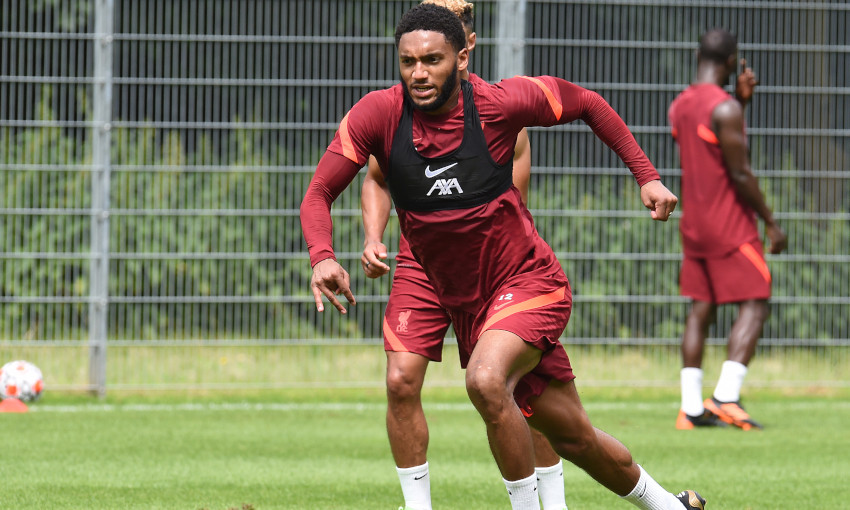 ‘It’s everything,’ is how Joe Gomez described the emotions of completing his first training session in almost eight months alongside his Liverpool teammates on Tuesday morning.

The centre-back sustained an injury to the tendon in his left knee while on international duty with England in November of last year that required surgery and subsequently ruled him out for the rest of 2020-21.

However, Gomez took a significant step forward on his journey towards a return to action by completing a training session with the rest of the squad at the Reds’ base in Austria.

Virgil van Dijk, Joel Matip and Trent Alexander-Arnold have also been participating in the drills as they too work their way back to fitness after respective injury issues.

Immediately after completing the workout, Gomez spoke to Liverpoolfc.com to offer an update on his fitness, his reaction to training with his teammates and his targets for the new season.

Joe, it’s been a minute. How are you?

I’m good, thank you. It’s nice to be back among the boys. It’s been a long time, so I’m relishing it.

Just in terms of the rehab programme, what stage are you at? You’ve taken part in the full session with the lads this morning…

Obviously after such a long layoff, it’s not a case of just being thrown in the deep end; we’ll probably have to do some adaptations, the likes of myself and Virgil. That’s where it’s nice to work alongside each other – we had different injuries, but we’ve been in it together all the way. There’ll be days where we have to do something more suitable for us, but to do team training today after such a long time means a lot. I think speaking for us both, we loved every minute of it.

Just in terms of what you’ve done today, how much did the thought of this day help drive you through your recovery programme?

It’s everything. There are times at the beginning when it feels daunting and you think, ‘How am I going to get back to that level?’ but we have such good staff around us here and everyone works together to do everything to prepare us for this moment. You get to a certain point and then it’s just a buzz to get back to doing what you do. It’s been a long journey and a tough one, but that was the reward I think we needed – and there’ll be many more, our first game and stuff like that. They’re all monumental moments.

It’s not just yourself, we’ve also got Virgil, Trent and Joel back out there too – good to see…

Yeah, we’re all working towards one goal to try to play our part come the start of the season. Everyone is on their own journeys, but having the people around you to work with in such a good environment and such good facilities, it makes it a lot easier. 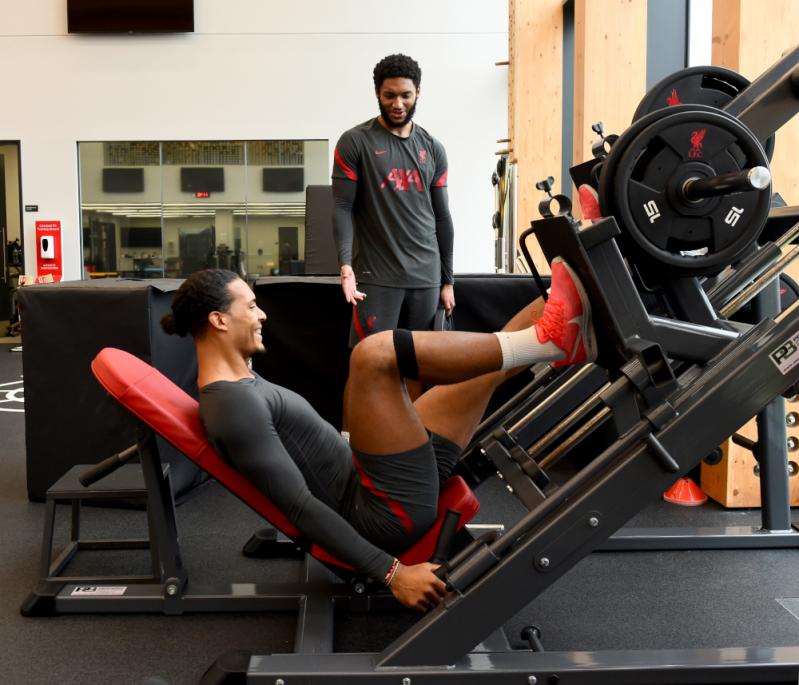 You worked closely with Virg particularly during your rehab. How important was it having him there with you?

It was massive. There were so many moments, right at the beginning, when we were at home on the sofa and couldn’t move, and we were FaceTiming and speaking about things. It’s someone to relate to, to vent to at times when you’re frustrated, so it was massive. I think we’re both thankful to have had each other; it was cruel circumstances, but it definitely made things easier.

So, on a positive note, what’s your mindset now then going into this latest season?

Just gratitude to be in the position again, hungrier than ever just because you get that, having that perspective. Enjoying it, taking it a day at a time, but thankful to be out here with the lads and happy to wear the badge again.

Is it a case of ‘bring on the hard work’ then? Because these training camps are tough for you lads…

No-one comes into pre-season buzzing to run, but for us it has that little edge to it. I don’t know how long it’ll last! We’re buzzing to be out here, on the grass, and those hours that were spent in the gym that I endured, I was just thinking about this moment. Each moment, I am happy to run at the moment and enjoy it.

There’s not much downtime here, but when there is, what are you doing to chill out? Any series you’ve downloaded?

You know what, I’ve picked up quite a bit of reading and I made sure to bring my Kindle out here. We’re here for a few days, so I didn’t want to underestimate how many books to bring and so on. I’ve got my Xbox as well.

And lastly, congratulations are in order –how’s married life treating you?

It’s lovely. Not much changes, but it was a special day for us both – and a day I will remember forever for sure. It was a nice end to the summer.