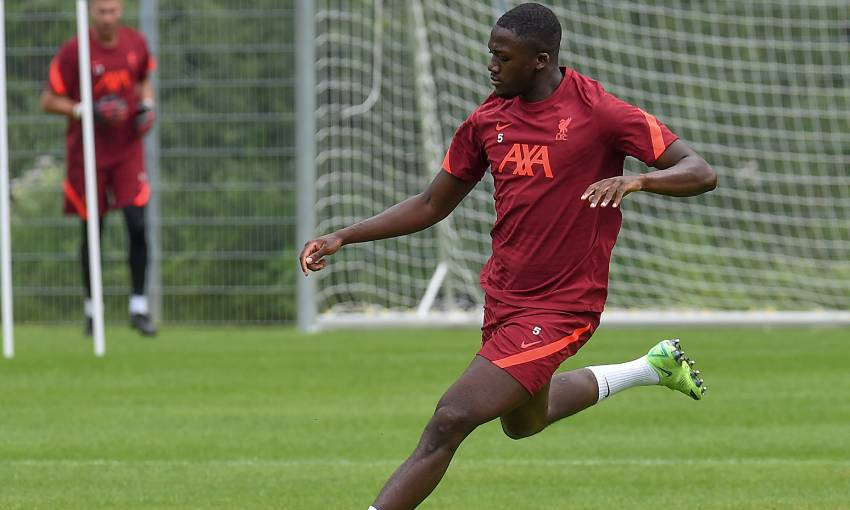 Jürgen Klopp spoke of his delight at welcoming Ibrahima Konate to the Liverpool squad.

The French centre-half, a July 1 arrival from RB Leipzig, completed his first training session as a Red on Monday as preparations for the 2021-22 campaign got under way at a camp in Austria.

While aware of the need for the player to adapt to a new team and methods, Klopp’s excitement at working with the No.5 is clear.

Inside Training: Konate's first session on arrival day in Austria

Speaking to Liverpoolfc.com from his side’s base in Salzburg, the boss said: “First of all, obviously he is very excited! I saw on social media he had his own shirt presentation in five different venues in Paris! Great.

“He is a good guy, I knew that before. Physically, because of the situation, we met now [for] the first time here – apart from the games when we played Leipzig, obviously.

“But for him it’s now the first pre-season with us as well, we don’t know a lot about the player, that’s always how it is with new players. So we try to be careful as well, try to be in constant conversations with him about how he feels and these kinds of things. It’s a completely normal process and yeah, [it’s] really good to have him here.”