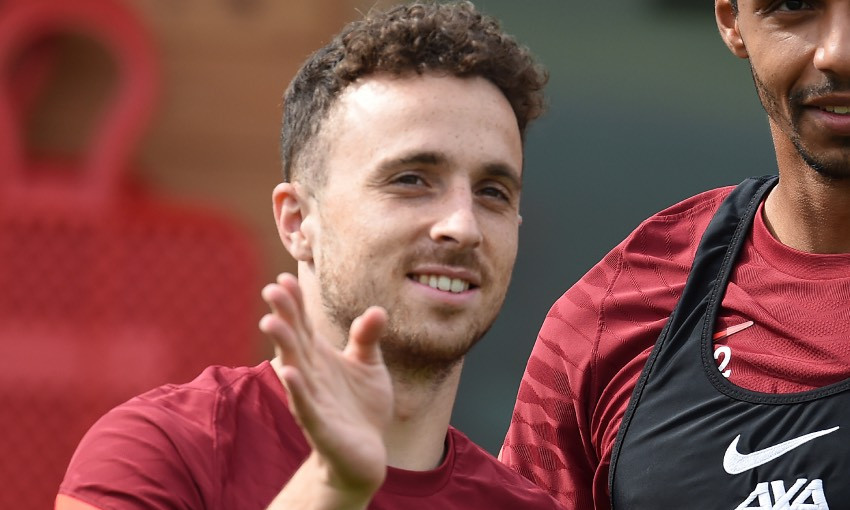 Photos: Morning and evening workouts for Reds in Tirol on Monday

Diogo Jota's quest to build on his impressive start at Liverpool has begun with hard work during his first pre-season with the club.

After arriving at Anfield in the middle of last September, the forward netted 13 times for the Reds in 2020-21, even though a knee injury kept him sidelined for more than two months.

Jota linked up with his club teammates in Austria last week to prepare for the new campaign, having been afforded extra time off after representing Portugal at Euro 2020.

Jürgen Klopp confirmed on Monday the No.20 is likely to feature in Thursday's friendly with Hertha BSC – a game you can watch live on LFCTV GO.

Jota sat down with Liverpoolfc.com at the team hotel to discuss his first summer as a Liverpool player and looking forward to the season ahead. Read on for the interview in full...

Diogo, welcome back. How do you look at your summer from an international perspective?

Well it wasn't what we wanted, meaning what Portugal wanted, but football is hard sometimes. But I had a good break and now I'm here and ready to go.

How do you refresh your body, ready for a new domestic season?

Maybe [I have] a week off, also I have a five-month baby so it's hard at the moment and it was a different summer. Then I started doing some running, preparing myself to get here into the team and don't feel nothing major in my body.

How do you reflect on those first couple of sessions? Has the message from the coaching staff been the same, or is it a little bit different?

It's my first pre-season with Liverpool because last year when I arrived the season was already in the second game I think. I'm trying to learn this new way of work but I'm ready and it's football at the end of the day.

There's a great atmosphere here. It's tough work but to see so many players back fit again and raring to go must be so encouraging...

The fact that you get to spend time chatting to players, understanding them as people – how important is that?

Last year I didn't have that opportunity, so I'm building on that this year. Obviously you need to rest but there is time for everything. A good relationship between the players, I think it makes a big difference [on] the pitch.

Everybody will remember you joining Liverpool because the fit seemed almost instantaneous. Was that something you expected?

It's hard to say really. Obviously when I came I wanted to come and do my best and obviously start scoring, but sometimes those things don't happen straight away. But I think the style of play suits me and maybe that was the key factor for my beginning.

A goal on your debut always helps...

Sometimes, mainly players up front, struggle to get that first goal. When you get it straight away, that first obstacle is gone so you can build on that and I think that helped me a lot. Fortunately for me, during my career it's been happening sometimes already.

You got 13 goals last season, which is obviously a great return, but the injury stagnated that as well. Do you look back and think, 'What if I'd have stayed fit?'

It always obviously comes to your mind but I think it's not positive to start thinking [about] bad things. It happened, it's gone now. Obviously if you're going to say to me in the beginning 13 goals, maybe I would agree. But after that beginning maybe you expect some more. It's football and you never know what's going to happen next. Now it's a new season and a new start. I'm ready and the team will be ready for that as well. 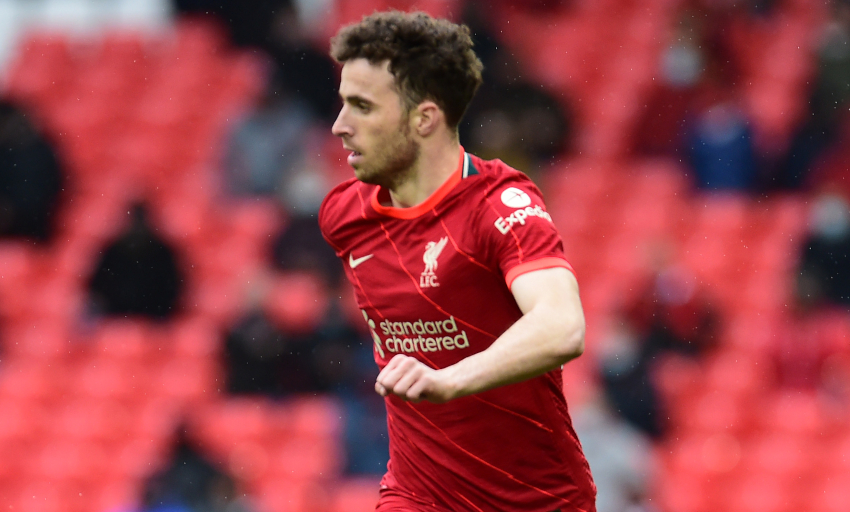 You look at all of the team's forward options and how you're all able to play in a variety of different positions. Is there one you feel most comfortable in?

No, not really. I always answer this question [with] I like to be on the field, no matter which position. But, of course, I feel like being able to play in different roles gives you an extra advantage because managers can choose you for one thing or another. It's good for a player to have that ability – and that's one thing I'm looking to improve on as well.

You sampled it a bit over the summer with the games with Portugal, but crowds being back at games again – what kind of mental difference does that make?

I think it's huge. I remember the first time I came into the tunnel and I don't know how many, maybe 60,000 Hungary fans, and I was like, 'Wow, this is it, this is happening.' I feel like we missed this in England and every part of the world, and we are getting that back slowly. We saw in the Hungary team the way they run, people backing them was very useful for them and playing away felt like football is coming back again.

What about Anfield – have you imagined what the noise might be like when you get a goal at Anfield?

I'm still really looking forward to playing at a full Anfield – hopefully that can happen this season. Of course when you get good things with a crowd there, it's always more positive.

What feeling do you get about the season ahead?

We will give it a go, of course like always. Last season wasn't very good for us – we still finished third but it's not what we want. We want to go and give a proper fight for the title obviously.

Klopp: I had to hug Diogo but he's so strong mentally, a role model