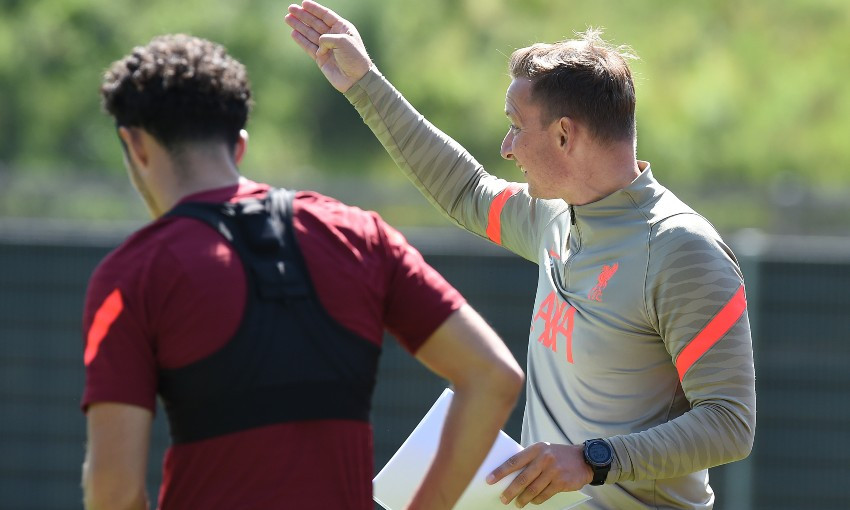 Alisson, Fabinho and Firmino to begin pre-season in Evian

Thursday was our final fixture in Austria before we leave for the next stage of our training camp in Evian today.

We’d given the boys four videos to watch during the bus ride to the stadium. Attack! As I’ve said before, change the eyes and the mind - and video with key messages is a powerful tool for this.

We go into these games with the idea to keep working on our ability to be consistent on our principles. That comes also with fatigue and that influences the fluidity in attack a lot and the quality in the 50/50 challenges. We had a double session the day before the game and on the morning of the game day we trained for another 45 minutes. The idea was to give one more time this impulse for the last pass.

It’s great Diogo has joined us because you see immediately the speed he has and, at the same time, so much control over his body and the ball. It’s frightening. He gives our front line a lot of direction and energy.

Diogo is not a typical Portuguese winger who receives the ball in his feet and creates dis-organisation with dribbles from outside. Diogo is vertical, a second striker in the box, a pure Liverpool winger. He smells the goal, is technically on a high level. Especially with our passing game we need Diogo’s movements in behind the last line. He defends on a high level.

It was also Robbo’s first game back with us and he was already flying down the left!

It was a close game against Hertha but unfortunately we lost. We’ve learned in the last years that failure is never fatal and that success isn’t final. It’s all about courage, as John Wooden says so well. I really believe we build a strong team for these rainy days, a proper shelter.

So, that’s why it is good when things don’t go your way in pre-season, because these moments are in each game, in each phase of the season. The target is to get more eight or nines out of 10, no fives or sixes anymore. Back to consistency.

You just learn the most from the mistakes in pre-season and there is time to correct them. Jürgen always says, ‘The pass we play is the best pass in the world’. It means even if it’s not good, we react immediately and change the outcome. It’s a life lesson in my opinion. That’s why it is so important that young players are patient, they can make mistakes with us. We will keep faith and will change the outcome.

We want to be able to transform comfortably and fluidly from a possession team to a counter-attacking team. Basically, having different ‘flight plans’ but all well executed. This LFC pre-season is absolutely a triumph for our collective and for our attacking style of football.

The highlight of the game was Virgil and Joe coming back in the team just before the 70th minute. It must have been so special for them, for sure.

Again, there were no injuries, and most of the players were able to play for 60 minutes. We had many good moments, but we are really disappointed with conceding four goals, especially for the amount of moments they had. We can be much better.

On my way to the bus, I’d walked with Virgil and he asked about the plan. He knows it, but asked again… he wants more minutes, haha! ‘The plan? To play a few top passes, to catch a few players with your long legs,’ I told him. I said just enjoy it, try, do your best, because we need doers in our team and that 10 minutes, more or less, isn’t important today.

He told me it is 285 days since the injury and that his whole family would be watching. Unbelievable, what a moment. I told him it would be great if he leads immediately - he said that comes with the package. Hopefully the passes as well, I said. Wow, it’s so good to have him back so close to us. Long may it continue.

I asked a few of the boys about the game afterwards and they’re all saying it’s a boost for everyone to have Virgil and Joe back. Also, they say to see moments of our ideas and training coming back with a goal is good; for example, Naby tackled inside our counter-press, changed a 50/50 into a 60/40 with pure willpower, from there going forward straight away and Mo combining quickly with Taki for the goal. The fighting spirit of Naby was a real plus, the spontaneous combinations was a real plus. We created a lot of good moments.

While I’m writing notes for this entry, I see the stadium on my left. The lights on. It’s time. Fans will be here. They are walking over the streets, stopping in front of the traffic lights. We are one of the few clubs in world football that no matter where we go, there are so many fans.

My dream when I was young was to work in England - the stadiums, the players, the lights, the fans. That’s why being at LFC means each minute a privilege. We are trying to represent the past and our club culture in the best way possible.

Thursday was also a significant day. We sadly found out on Wednesday evening that Andrew Devine is no longer with us. We now have 97 watching down on us. They will be wherever we go, supporting us. And we will always keep them in our hearts. 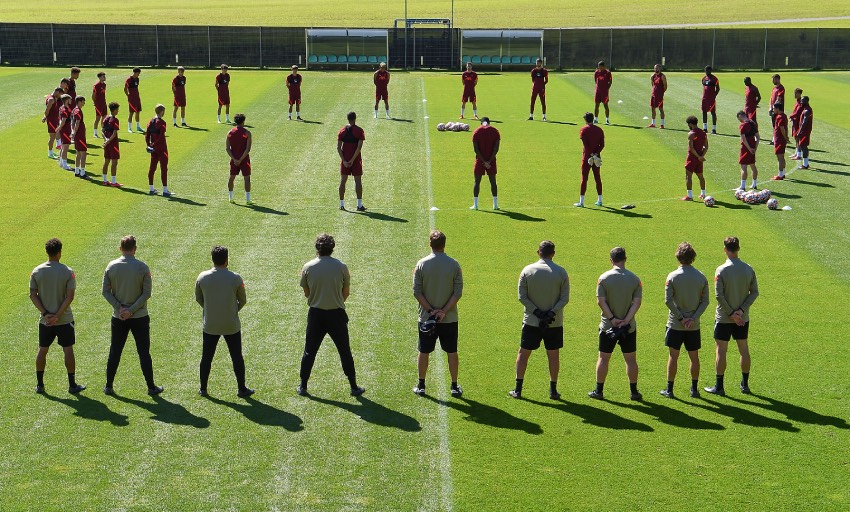 When we arrived at the stadium, I went with Vitor to check the grass and get a feel for the stadium. Vitor failed to warn me that the sprinkler was heading my way and it went full over me. The same thing happened with Vitor five minutes later, with Robbo not saying anything to warn him. Karma!

On Thursday afternoon, we played some table tennis between the coaches. We’re training already because there will be the famous staff/player tournament in Evian. Mo and Sadio won it last year, but I have a feeling there will be more competition this time.

Mo has challenged me and Jürgen to play a paddle tennis match in Evian as well. Last year, me and the gaffer beat Adrian and Thiago at Kirkby. Not bad, firstly because of the age difference, secondly because they grew up with this game and thirdly there was a lot of pressure as being the management staff vs players! They might have more Spanish technique and experience but at our side of the net is so much willpower and determination to fight for each ball. Jürgen and I always play 1v1 on a 2v2 court, that says everything. We are like that full-back who is always at the neck of the attacker, haha! Mo should come prepared, that’s for sure! Also, we will just train the boys a little bit harder the day before that game - a few more box-to-box runs at the end of the session!

As our work continues, we are coming slowly closer to our ‘normal’ week. We train the day after the game and have the second day off like normal.

We will change this week from having four double sessions in the first three weeks, to two double sessions in the next week. We increase the volume of intensity. There is so much planning that goes into a pre-season, so it’s great to have Andreas and Vitor close to me to support and give constant feedback. This relationship is so important to build a stable and logic weekly pattern.

What’s most important in a pre-season is to have faith and patience, building calmly each day towards the goal. Literally and figuratively. By the way, Dutch, Germans and Portuguese working so good together, you can’t believe it!

On Friday night, we had a karaoke session with the players in the hotel. Wow, it was interesting!

Let me say it like this, Taki could be the lead singer in a boy band… but the standout performer was Billy Koumetio. Not with his singing, but with his dancing skills… that’s why they invented the word ‘rhythm’, while Jake Cain was set up by his table and had to sing Candy Shop.

We all still remember Alisson’s performance of a few years ago, on the guitar in Evian. He was with us for only two days and blew everyone away. This time, Vitor will have to sing in Evian - I think the whole camp looks forward to that one!

So, Thursday’s game is gone, what we do next is what counts. Today we travel to France. Another chapter, the last one before our two games at Anfield.

Anfield with you guys in the stadium. We couldn’t wish for anything more. 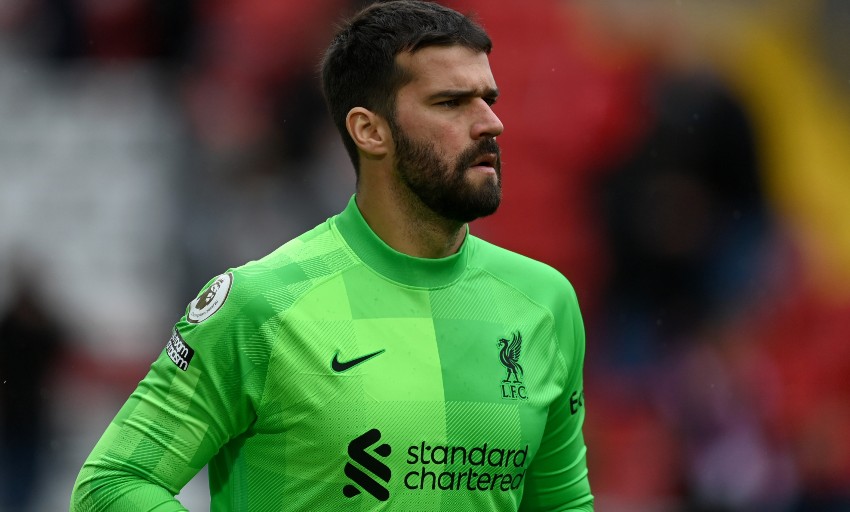 We all look forward to Evian, to see our spine again, the three Brazilians, and to finish our preparation strongly.

With Fabinho, Roberto and Ali arriving, this means that a few our young players go back to the AXA Training Centre while we are travelling to Evian. They made a good impression, on and off the pitch. We had a good meeting with them explaining the decision and looking back. They shouldn’t see it as a negative, they are all in different moments of their development, and making a place for Roberto, Ali and Fabinho isn’t a shame.

With Fabinho, Ali and Roberto coming back we are now full of experience, irreverence, a love to risk and technique. We will continue the process in Evian, the process of learning, because the better you play (our typical way) the more games we will play. That’s the secret of becoming a successful team. Focus on the process of learning with the goal to become more unpredictable and more spontaneous.

It’s a game to attract minds. I really believe in this. Prepare and create as many ‘speed up’ situations as possible. I’m so blessed that I’ve been born in the country of Cruijff and Coerver and that Jürgen took the total football concept to the next level. The game of football can attract the eyes of the biggest variety of people in the world. That’s its goal: enjoyment, drama, iconic games. Hopefully this season we can create memories together again.