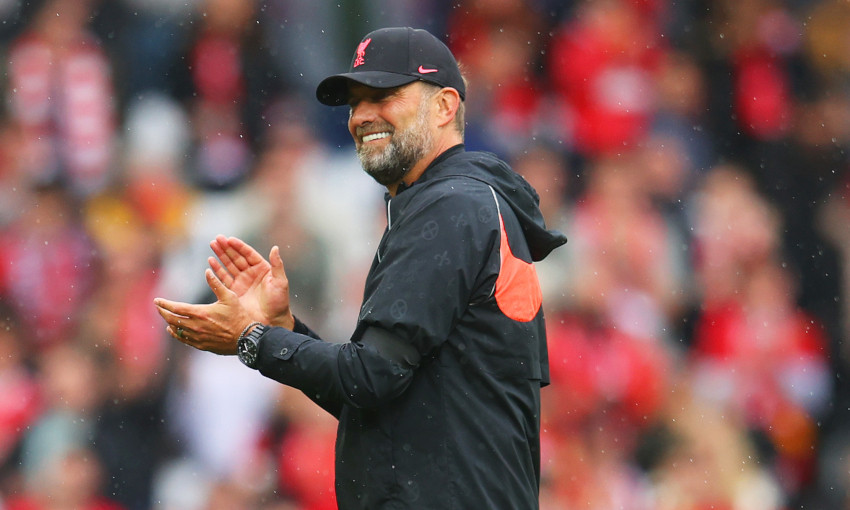 Jürgen Klopp detailed his excitement about starting Liverpool's 2021-22 Champions League campaign after they discovered their group-stage opponents on Thursday.

The Reds were placed in Group B alongside Atletico Madrid, FC Porto and AC Milan during the draw in Istanbul.

Offering his immediate reaction at the AXA Training Centre, Klopp told Liverpoolfc.com: "I laughed, to be honest, pretty loud because it is a tough group obviously.

"It's Champions League, so that's how it is, and you have to play the best teams in Europe, and obviously some of them are in our group!

"We played, I don't know how often, already against Porto, so they will be waiting for us. We have obviously a little bit of [an] open bill with Atletico, and AC Milan, a historical one obviously.

"So, I think our supporters should be looking forward to it – we do, for sure.

"So, we didn't get that obviously but we're still pretty ambitious and would like to show the really hard work from last year, qualifying for the Champions League, that it was worth it. That's how we will play the games."

Our 2021/22 @ChampionsLeague group is set! What are your thoughts, Reds? 🔴 #UCLdraw https://t.co/zIO7yvdGlF

The opening phase of Europe's premier club competition begins next month and is scheduled to conclude in early December, with fixture details to be confirmed soon.

On how the strength of his squad will be required as his team's fixture schedule gets busier, the boss continued: "We have a good team whoever is playing, that's how it is.

"No, we try to bring the best team always on the pitch – and that can have some probably physical reasons sometimes, and sometimes shape reasons.

"But we need the squad definitely for the whole year, that's definitely the case.

"But now thinking about these games, my first idea was not to think about rotation or whatever, it's about playing football and go for it."