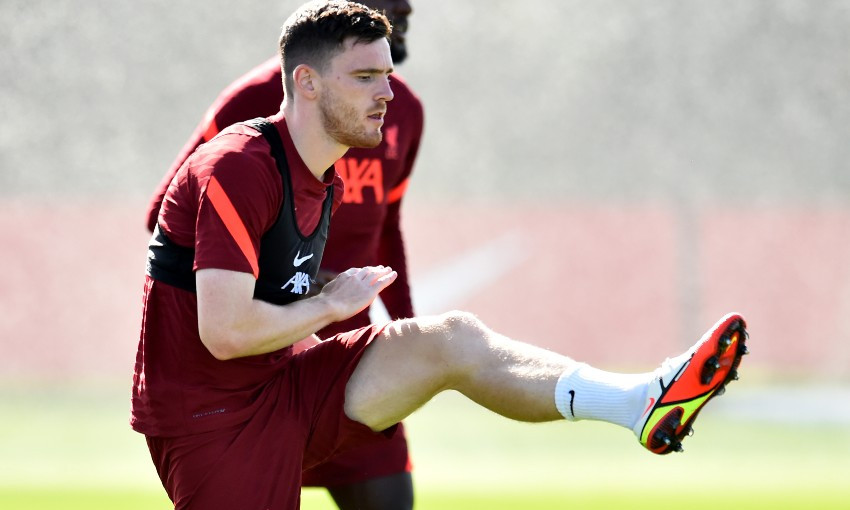 Andy Robertson is in contention to feature for Liverpool against Chelsea on Saturday, Jürgen Klopp has confirmed.

The left-back declared himself 'ready to play' after signing a new contract with the Reds earlier this week, having recovered from an ankle injury sustained in pre-season.

However, James Milner is set to remain sidelined with the issue that ruled him out of the victory over Burnley last weekend.

Inside Training: Reds warm up for Chelsea visit

Asked for a fitness update on his squad, Klopp told Liverpoolfc.com: "Robbo trained the whole week, of course he [is] in contention, no doubt about that.

"Millie will not be ready – I think that's it pretty much.

"All the rest trained and looked good and sharp – we should better be because obviously Chelsea is a tough one as well. That's already kind of like the Champions League, just in the Premier League!"

Like Liverpool, Chelsea will arrive at Anfield for the 5.30pm BST kick-off having won their opening two fixtures of the Premier League season.

Klopp anticipates a high-quality encounter with Thomas Tuchel's side prior to the first international break of the campaign.

On what type of game he expects, the boss said: "A good one, an intense one – there's no doubt about that.

"Chelsea is obviously in a really good shape, they are full of confidence, won a Champions League last year and won the majority of the games they played since Tuchel is there.

"So, a really good manager having a top squad is always a good mix, a good recipe for a successful season – that's Chelsea.

"But we play at home, we are in a good moment as well and we want to use that."