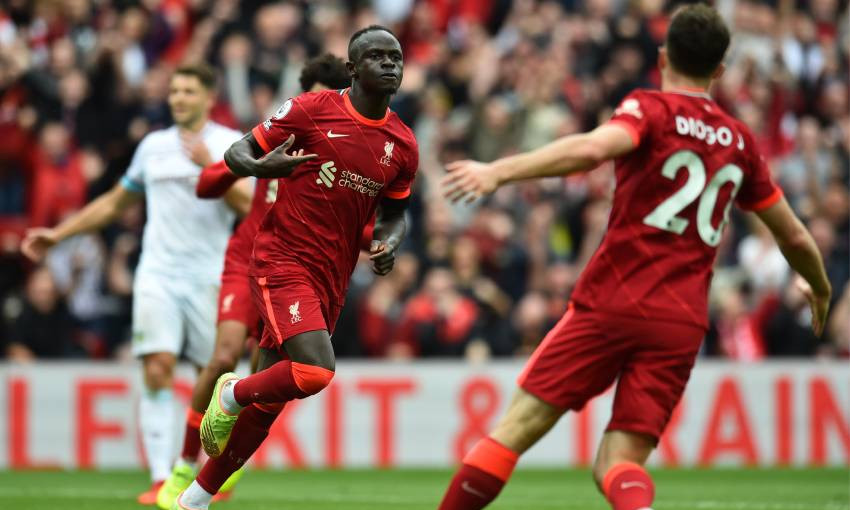 Sadio Mane is two goals away from reaching the milestone of scoring 100 for Liverpool.

Should he net a brace against Chelsea at Anfield on Saturday evening, the No.10 would become just the 18th Red ever to achieve the feat.

For more facts and figures ahead of the meeting with Thomas Tuchel's side, read on...

Should Joe Gomez begin the game, it will be his 100th start for the club in all competitions.

Diogo Jota could be the first Liverpool player since Mane in 2017-18 to score in the opening three league games of a campaign.

Jota has scored Liverpool's opening goal of a game on seven occasions, while in a further two matches he has netted the winning goal.

A victory for Liverpool would be their 350th at Anfield in the Premier League era.

The Reds are two goals short of reaching 650 in all competitions under Jürgen Klopp.

Trent Alexander-Arnold has scored more goals against Chelsea (two) than any other team.