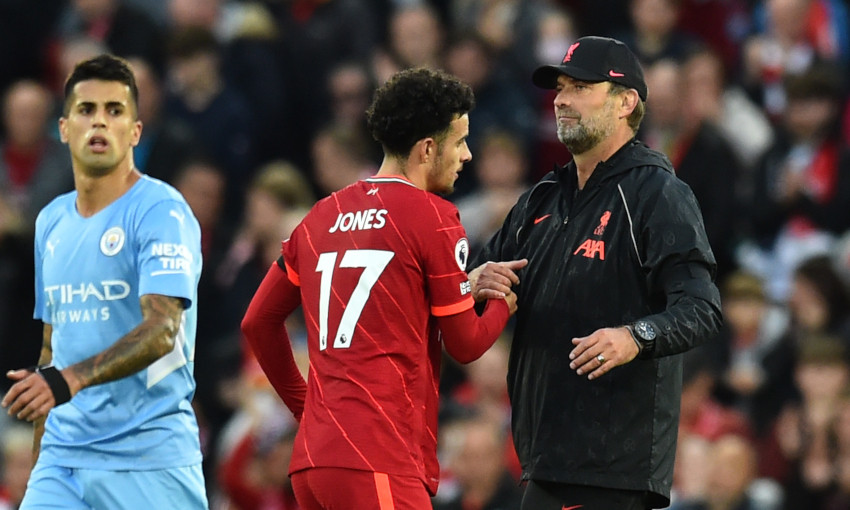 Jürgen Klopp felt a point was ultimately a fair outcome for Liverpool after Manchester City twice came from behind to draw 2-2 at Anfield.

The visitors were on top for the majority of the first half in Sunday’s Premier League clash but it was the improved Reds who opened the scoring through Sadio Mane on 59 minutes.

Phil Foden equalised for City and Mohamed Salah then produced one of his greatest goals for the club as he slalomed through the opposition defence and fired past Ederson.

Liverpool were forced to settle for a draw, though, as Kevin De Bruyne saw a driven shot deflect off Joel Matip and hit the net to conclude the scoring in a frantic half.

At his post-match press conference, Klopp detailed the differences between his team’s performances either side of the break and hailed the quality of both Reds goals, especially Salah’s magical strike.

Read a transcript below…

On his thoughts about how the match unfolded…

Quite an exciting game, with two obviously completely different halves. Thank God that there were two halves today because the first half was obviously exactly like you shouldn’t do it against City and the second half was exactly like you should do it against City. Four goals obviously happened in the second half but in the first half I can’t remember a chance from us, if I’m right. So I was really happy about the half-time whistle so that we could adjust a few things. And actually we didn’t change anything, we just told the boys again what we actually wanted to or should have said already in the first half. Things like this happen against a team like City with the dominance they can put on the pitch. When you are then a little bit passive without the ball, when they pass through your lines, you never can really get in the challenges.

Our biggest problem in the first half was we didn’t play football, that doesn’t help. You meet for a football game, people come into a stadium and you don’t play football – that sounds wrong and is wrong. So we needed to start playing football in the second half, we did that immediately. I think that was obvious for everybody; all of a sudden City had to run a lot, had to defend, completely different to the first half because we now played really good. If we would have played only the second half, I actually would have liked to win the game. But together with the first half I am not that cheeky, I think the point is fine.

On whether James Milner should have received a second yellow card…

I didn’t see it – [I was] too far away from that situation, but I obviously saw the reaction from the City bench. We had planned anyway to take Millie off because of the yellow card from the first half. The reaction second half... the second half was us: brave, aggressive, full of determination, ready to play in the small spaces, playing the extra pass, using the width and not constantly chipping these balls in behind the last line against a goalie who is probably the most front-footed goalie in the Premier League, so why would we do that, which we did constantly in the first half? As I said, it’s a really good lesson for us today, not that I needed it, but at least when you get something like this first half then you have to show a reaction and the boys showed a reaction. I am overly happy with that, it was absolutely great. Even with two good halves, there were games when we didn’t win against City. Today was probably the worst we’ve played so far against them, but the second half, that was us.

On the quality of Liverpool’s two goals… 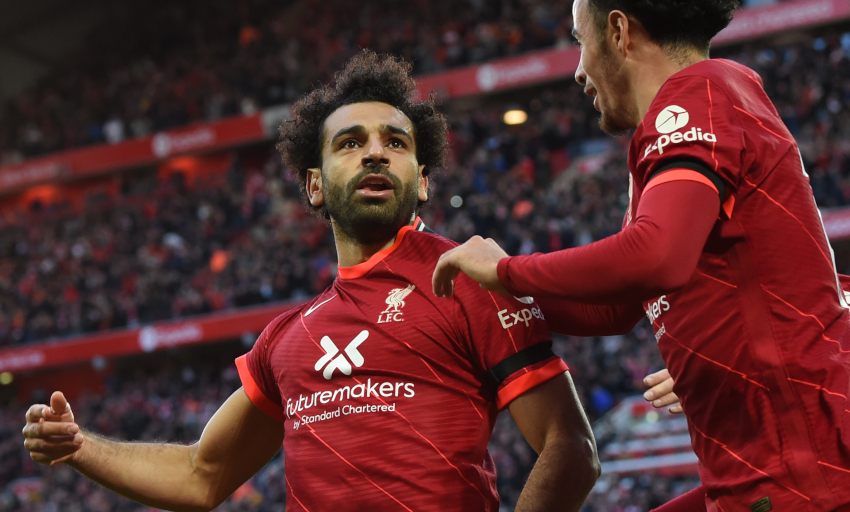 We caused them massive problems [in the second half], we were really in the game, we scored wonderful goals. The first goal is a great, great counter-attack, winning the ball, bam, bam, two passes, Sadio great position, top finish. The second goal, only the best players in the world score goals like this. The first touch, the first challenge he wins, then going there, putting it on the right foot and then finishing the situation off like he did, absolutely exceptional. Because this club never forgets anything, people will talk about this goal for a long, long time and in 50 or 60 years when they remember this game. It was a really good one.