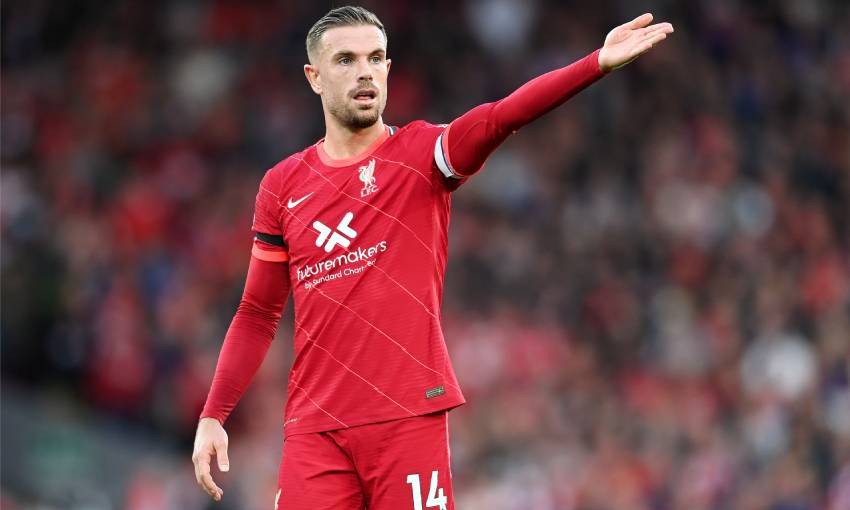 Jordan Henderson was pleased with Liverpool's second-half response in the 2-2 draw with Manchester City, while expressing his disappointment at the end result.

Both teams took home a point following a breathless 45 minutes of action after half-time during which all four goals were scored.

Sadio Mane's opener at Anfield was cancelled out by Phil Foden, before Mohamed Salah netted a sensational individual goal to put the Reds 2-1 ahead.

After the game, Henderson spoke to Liverpoolfc.com to offer his analysis of the match – read on for the interview…

It was an intense game – as we knew it would be. It's always going to be tough, City are a fantastic side. We had some good moments, not-so-good moments. But second half, I thought we reacted really well, a much better performance [in the] second half and unlucky not to probably win the game in the end. A little bit of disappointment but I thought we reacted well after coming in at half-time, because I thought we didn't perform to the levels we're capable of in the first half. So, we showed a lot of positivity in the second half and a much better performance.

What was missing in the first half that you looked to change at the break?

We just weren't applying the pressure high enough. We sat a little bit deep and weren't getting pressure [on them]. They were finding too many spaces and creating overloads. We managed to sort that out, I think, at half-time and one or two things that we could do to improve that. We managed to do that and it changes the game in our favour a little bit. We managed to get in the lead twice and we just couldn't see the game out.

To go ahead twice and not quite see it out – is that a frustration or do you take plenty from the fact you were able to get in behind them a couple of times and score twice?

Yeah, it is a little bit frustrating, especially when you go – [for] the second time – in the lead and there's 12 minutes left on the clock. I think we can see the game out better. But overall, we've got to learn from our mistakes. It's not the end of the world – there's still a long way to go. Take the positives and learn from the things we didn't do so well and be better in the next game.

In these games against the other teams at the top end of the table, if you can't win, then don't lose them. It's a precious point potentially moving forward...

Potentially, yeah. But for us, it's just about taking each game as it comes, going for the win every time we play because we're capable of winning games. But sometimes that's football. You've got to move on, learn from it and be better in the next one.