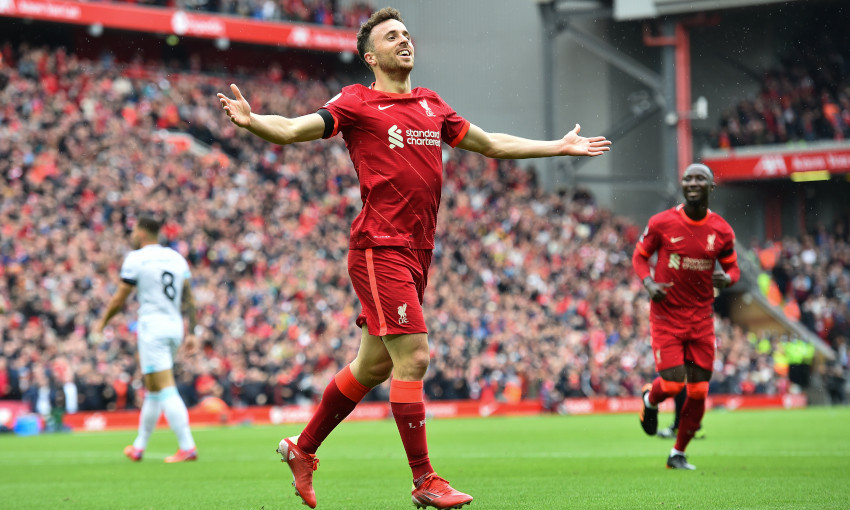 Diogo Jota is aiming to better his debut season with Liverpool as he targets trophy success for the club in this campaign.

The Portugal forward netted 13 times in his 30 appearances for the Reds in 2020-21 having moved to Anfield from Wolverhampton Wanderers last September.

Both of those figures would likely have been significantly higher were it not for an injury in December that ruled Jota out for around three months.

The No.20 has struck three goals so far this term and is hoping for a fully-fit season to make the most of as he pursues greater achievements for himself and Liverpool.

“Last season was good but also I had a big injury as well,” Jota told Premier League Productions during a recent interview.

“Now this season hopefully I can go through without any of the stuff that stopped me playing for a while and I hope that helps me to get better numbers, to help the team win more games, and to win something.

On his inherent desire to develop and learn at every opportunity, Jota added: “Obviously, I think, each day is an opportunity to learn and we learn with experience, in my opinion, with getting a lot of new experiences.

“I was able to play last season in the quarter-finals of the Champions League, for example, the first of those kinds of games in my career, so that’s an opportunity to learn and to hopefully get there this season and do better.” 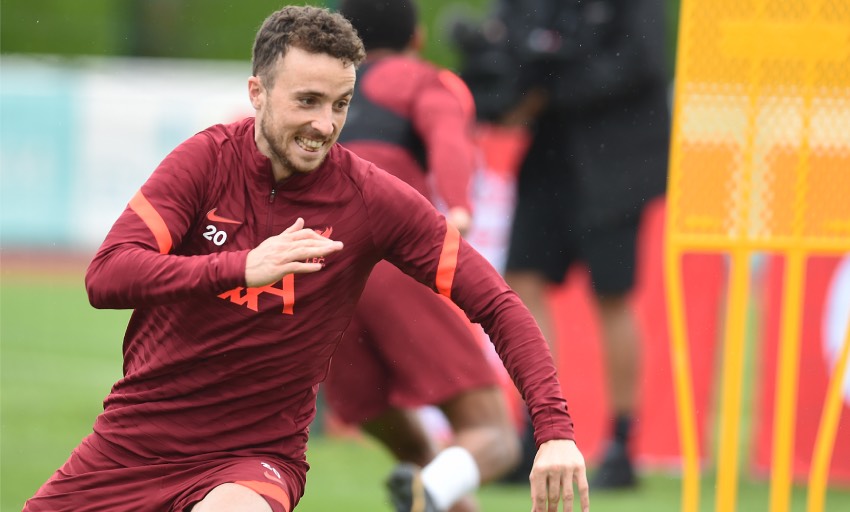 Jota has been deployed in a variety of different attacking positions by Jürgen Klopp over the past 13 months, predominantly as one of a front three but also as a wide midfielder on occasions.

The 24-year-old is happy to have a broad spectrum of possible roles in the team.

Asked if he considers himself a central forward now, Jota said: “I see myself as an attacking player.

“We play with three up front – I feel comfortable playing in one of those three positions. But I also was a midfielder during my academy [time], for 10 or 12 years.

“So I think I understand the game and I can play in several positions, and I think that is a good thing for me and for the team.”

Klopp: I had to hug Diogo but he's so strong mentally, a role model