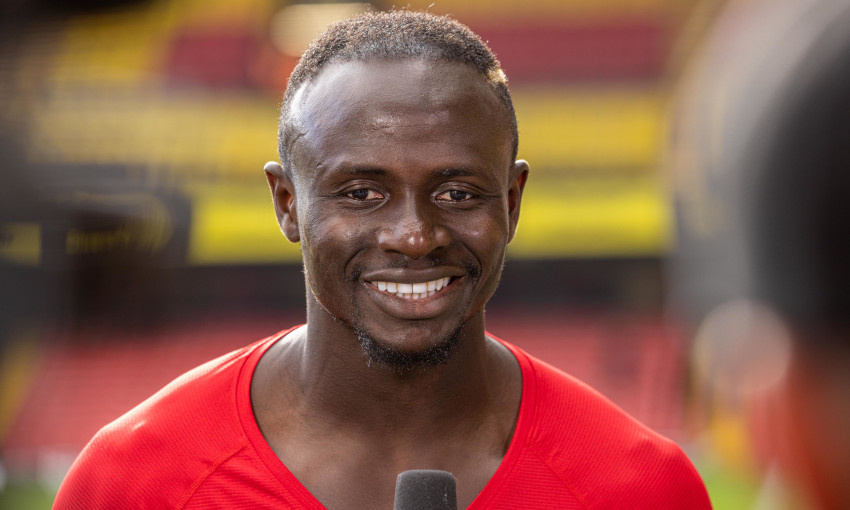 Sadio Mane expressed his pride at reaching the milestone of 100 Premier League goals and immediately targeted even more.

The Senegal international achieved the century in England’s top flight when he coolly tucked in the opening goal of Liverpool’s 5-0 win at Watford on Saturday.

Mane is the third African player to score 100 times in the Premier League and only the third player to do so in the division without any penalties.

The forward was delighted by the landmark but is more focused on adding to the tally and helping the Reds in their pursuit of trophies.

“Honestly, when I came to the Premier League my dream was to score as many as I can and especially to win trophies,” Mane, who previously spent two seasons with Southampton, told Liverpoolfc.com.

Mohamed Salah also produced another solo wonder goal as he slalomed through the Hornets defence and placed a curler into the corner of Ben Foster’s net.

Salah’s brilliant strike followed up his similarly majestic individual goal past Manchester City before the international break – and Mane had his say on the debate about which was better.

“I think it’s a better goal than City! But it’s no surprise for us because we know his quality, one of the best players in the world. He showed it today,” said the No.10.

“Bobby as well – he showed it – one of the best for sure in the world. I’m very happy for them.

“Especially Bobby’s hat-trick, it was not an easy time for him with injuries but he is back and I’m happy for him. Hopefully he will be here for us and score more goals for us until the end of the season.”

Liverpool’s preparations for the trip to Watford were hindered by the unpredictability of how Claudio Ranieri would set up the hosts in his first game in charge.

But Mane felt his side benefited from their hard work at the AXA Training Centre as they controlled the lunchtime kick-off for almost its entirety.

“Obviously we played very well today,” he said. “From the beginning we had a very, very fast start and created many chances. We scored five goals, five wonderful goals. I think we deserved to win today.

“Of course we knew the manager, he was in the Premier League and especially won it. But we were more focused on ourselves in training – we know our qualities and how hard we could [make it] for them.

“It’s what we did for the weekend and [over] the weeks, we worked very hard and we showed it today. It was just incredible and hopefully we’re going to keep like this.”