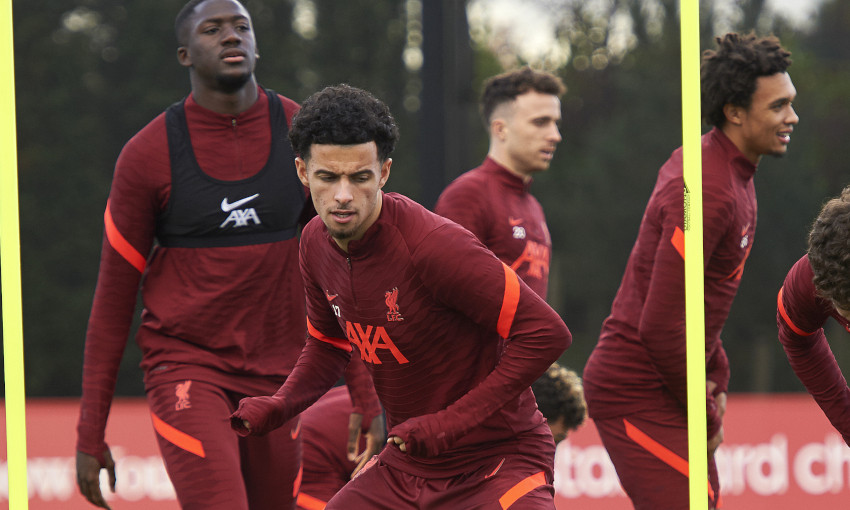 Jürgen Klopp is likely to have Curtis Jones as an additional option for Sunday's clash with a Manchester United side carrying several fitness issues.

After missing Liverpool’s past two games, Jones resumed full training with his teammates at the AXA Training Centre on Friday afternoon and could therefore come back into contention for the Old Trafford showdown.

Klopp was able to report no fresh injury concerns for the Reds ahead of the 4.30pm BST kick-off with their fierce rivals, though Thiago Alcantara remains sidelined.

The Spain midfielder is continuing to recover from a calf injury and a return either side of the forthcoming November international break is his expected timeframe.

“The squad is alright. We have to see, that’s how it is,” the manager told Liverpoolfc.com on Friday. “We are only two days after the game and we have to make sure that we all get fit again, but they are the typical things. I couldn’t tell you now who is 100 per cent available and who is not.

“Just what’s clear is that Curtis will train today with us the full session, that’s the plan. And Thiago not. So, these are the two things I know for the moment.”

United, meanwhile, have several injury concerns to assess in the aftermath of a 3-2 comeback victory over Atalanta BC in the Champions League on Wednesday.

Bruno Fernandes, Fred and Marcus Rashford each sustained issues during that game, and Anthony Martial’s fitness must also be checked ahead of Liverpool’s visit after he returned to training.

Summer arrival Raphael Varane has been out since the international fixtures earlier this month.

“I’m not going to rule anyone out from Sunday but I’m not sure if everyone’s going to be fit,” said United boss Ole Gunnar Solskjaer on Friday. “Anthony is still working on his fitness, hopefully he’s come through today and let’s see how he is tomorrow.

“We have two or three with knocks but I hope I can pick from a fit squad. Bruno might be a doubt but he’s doing everything he can to be fit. I can’t say if Fred will be fit or not. We might have the whole squad fit but may miss two or three. We’ll see.”