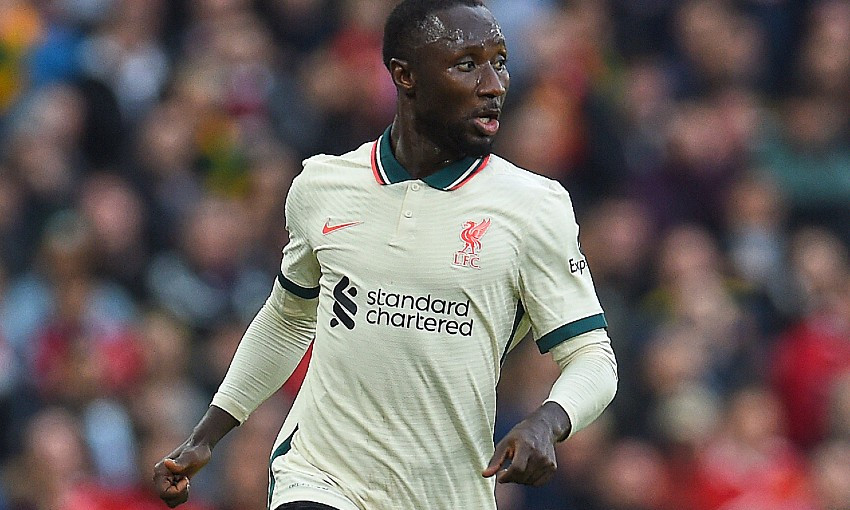 Preston 0-2 Liverpool: How it unfolded at Deepdale

Pepijn Lijnders has provided fitness updates on five Liverpool players ahead of this week's games with Preston North End and Brighton & Hove Albion.

James Milner and Naby Keita were both forced off with injuries during Sunday’s 5-0 win at Manchester United, while Fabinho missed the trip to Old Trafford with a knee issue.

Thiago Alcantara is nearing the completion of his rehabilitation from a calf complaint, while Caoimhin Kelleher is likely to miss the Carabao Cup tie at Preston.

Speaking to Liverpoolfc.com on Tuesday morning, assistant manager Lijnders said: “Millie felt something, he felt something wasn’t right in his hamstring, a little bit tight.

“Then [Mason] Greenwood made this run and he decides, ‘I need to catch him’ – how Millie is, putting the team always first. And that created a bigger injury in that moment, that run.

“It shows a lot about his character and his will power to put the team first. This [injury] will be until the international break for sure, so it’s a long one. But we will need him in the coming period.

“My job title is assistant manager but I think you can give that job title to Millie as well. He connects the staff and the players in how he assists our manager. So, he has a role to play and he knows this, so all good. He needs to stay vocal, let me say it like this.

“Naby has a bruise in this moment, we assess it day by day. It’s looking good, so that’s good.

“Fabinho will not be ready for tomorrow’s game, we will assess him day by day still. He can make the game on Saturday hopefully.

“Then we have Thiago as well, who is closer to team training than ever. He will be later in the week with the team training. Probably Brighton comes too early but it’s good that he is back, especially in the situation we are in.”

On the availability of Kelleher, who was absent against United due to illness, Lijnders said: “Not sure, he trained with the team but it seems he had a little setback so he probably will not be involved.”

Kaide Gordon made his senior debut in the previous round of the Carabao Cup but this encounter may come too soon for the Academy forward.

“Yesterday he did his first session with the team and he could only do the rondos,” added Lijnders at his press conference.

Liverpool to face Derby in Carabao Cup third round