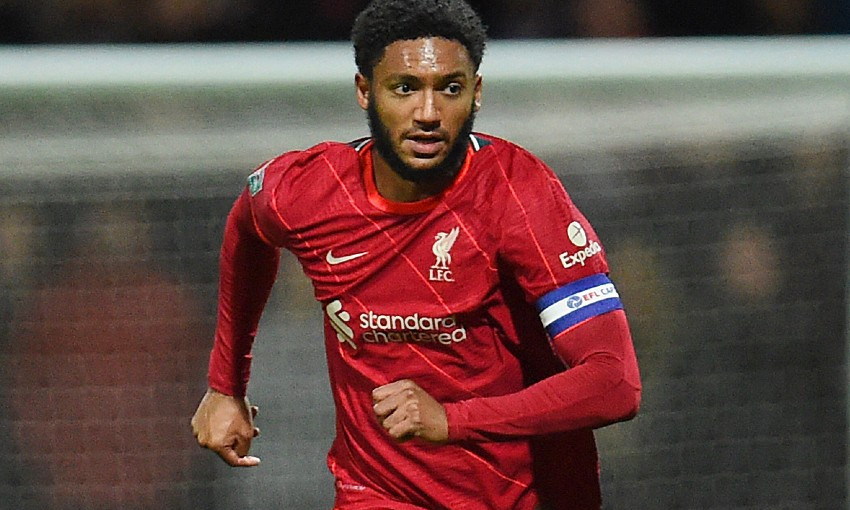 Jürgen Klopp is hopeful Joe Gomez and Naby Keita can return to training next week as he offered an update on the condition of his squad ahead of Wednesday’s clash with Everton.

Gomez has been absent since the start of November due to a calf injury, while Keita has been sidelined since sustaining a hamstring issue against Brighton & Hove Albion on October 30.

Klopp told Liverpoolfc.com at the AXA Training Centre: “Joe is in a really good moment. He is doing really well, he is doing a lot of stuff outside, so hopefully next week he can be in training.

“I hope the same for Naby, pretty much – that he will be in training next week as well, but there's no news.”

Klopp reported no other fresh injury concerns as his squad ready themselves for the Merseyside derby at Goodison Park, but Roberto Firmino and Curtis Jones remain sidelined.

“There’s no real update [on Curtis], so we have to wait,” said the boss. “I think once every two weeks they always make another examination. Curtis is completely fine, but we have to be careful with it and so we cannot rush it. I think the next test is tomorrow and then we will know more.

“Bobby is good but he is still a couple of weeks away from being fully back, but he is doing pretty much everything just with the extent of the injury we have to be careful, but it’s all fine.”

On any additional injuries, Klopp added: “Not that I know of. Always when I get these questions I think, ‘Did I get a call?’ but I didn’t. So, so far, nobody else.”