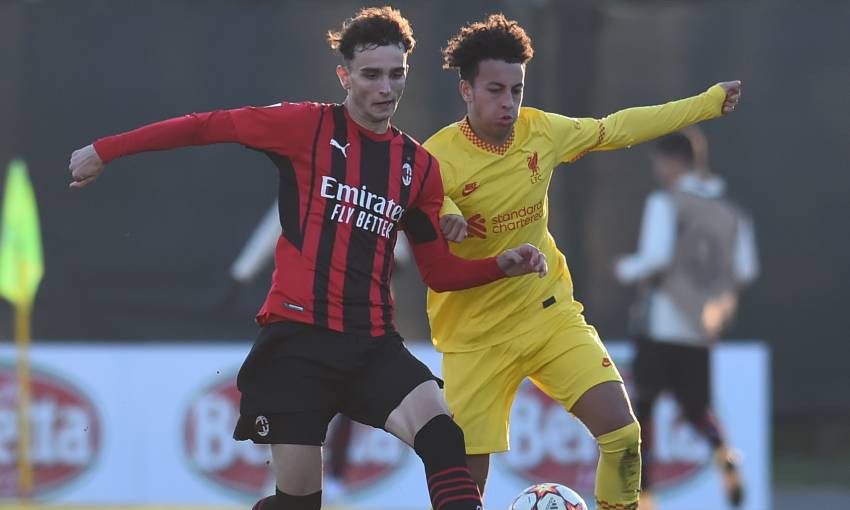 Liverpool U19s drew 1-1 away at AC Milan on Tuesday afternoon but still qualified for the knockout rounds of the UEFA Youth League.

Mateusz Musialowski's superb fourth-minute goal – his first for the club in Europe – was cancelled out by a second-half equaliser from Marco Nasti in Italy on matchday six.

But the point, coupled with FC Porto's defeat by Atletico Madrid, sees Marc Bridge-Wilkinson's Reds secure first place in Group B and automatic qualification to the last 16. 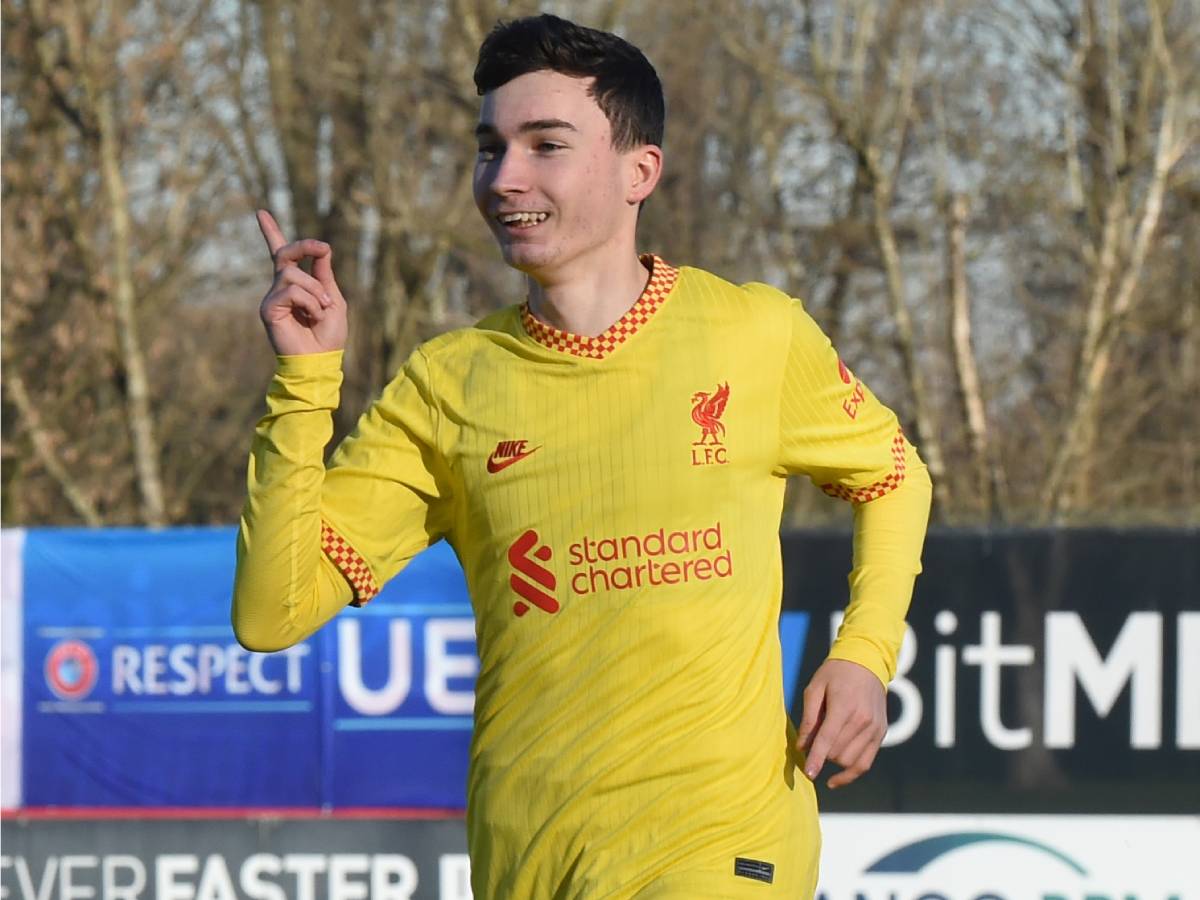 It was a brilliant start from the visitors in yellow. Kaide Gordon released Luke Chambers down the left, with the full-back then whipping a cross into the box.

And there to meet the fine delivery was Musialowski, who astutely kept his volley down and fired it into the back of the net.

Later on in the first half, Leonardo Rossi came closest to equalising for the hosts with a shot that went just wide, while Liverpool forward Oakley Cannonier forced a save from the goalkeeper following a counter-attack.

​​The Reds returned from the half-time break looking to double their lead.

Dominic Corness was off target in minute 55 after Melkamu Frauendorf's cross was diverted towards him. Then Billy Koumetio almost caught out Milan stopper Fotios Pseftis with a quickly-taken free-kick from his own half.

Musialowski was so close to a spectacular second. 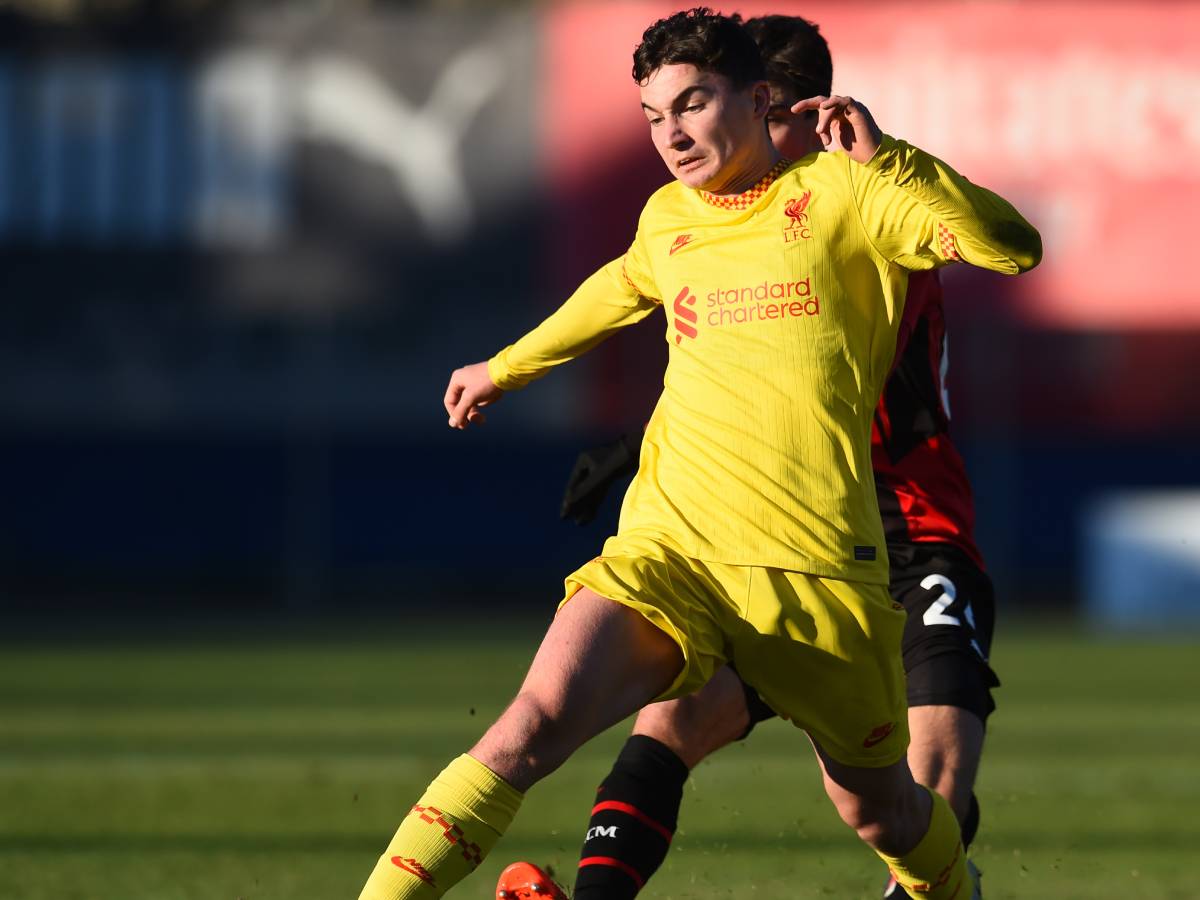 Pseftis came out to intercept a threaded through ball towards Frauendorf but could only clear towards the opening goalscorer. With the goal now free, the No.11's effort from distance drifted just the wrong side of the post.

As Milan pushed hard for a leveller, Isaac Mabaya relieved some of the pressure with a lung-busting run from his own box, though was halted just before being able to get a shot away.

But parity was restored 12 minutes from time. Victor Eletu knocked a ball over the top towards Nasti, and the second-half substitute kept his composure to stroke a finish beyond Fabian Mrozek.

The creator for the leveller was then sent off for his second bookable offence in the 85th minute, but the Reds were unable to capitalise and net a winner.

Oxlade-Chamberlain: Milan win shows the team is in a good place