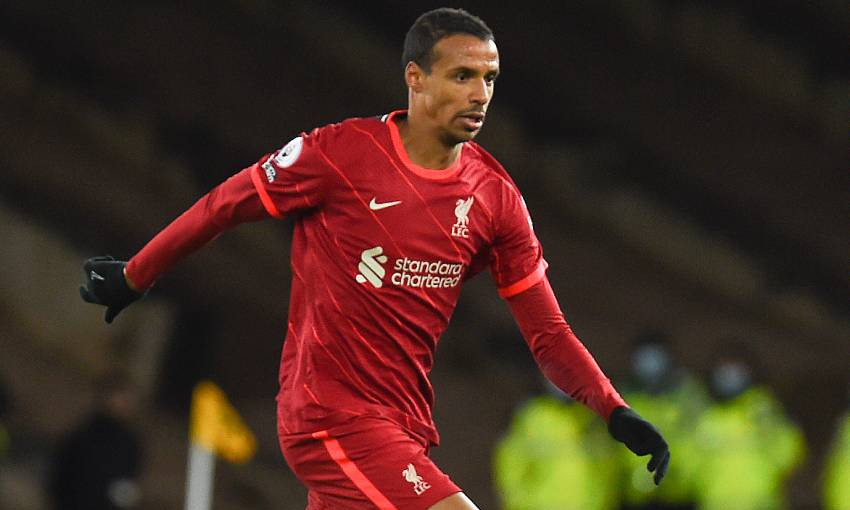 Joel Matip puts Liverpool's impressive number of clean sheets this season down to the shared defensive responsibility throughout the team.

The Reds lead the way in the Premier League with nine shutouts from their 15 top-flight fixtures in 2021-22 so far.

But Matip stresses that tally wouldn't be possible without the effort of Jürgen Klopp's forward players, who are the first line of the team's pressing system.

The centre-half told Liverpoolfc.com: "As a defender, it's really good. At the end, I'm looking more for wins but to have a clean sheet is one part of it. I'm happy.

"This is part of the game we're playing because the defenders of the other team always have that much pressure, and this makes the game for us much easier.

"If our offensive players would not put that pressure on, we would not have that many clean sheets.

"Of course, everybody is looking at the defence when we talk about clean sheets, but I think the offensive players are also a big part of it because of the pressure they put on the players when they start to play a ball. It's a team effort."

Read on for the rest of our interview with the No.32 ahead of Liverpool's meeting with Aston Villa today…

Joel, another big game next with Aston Villa coming to Anfield. Are you someone that enjoys the relentlessness of this period?

It's always something special with the amount of games. Christmas is also something nice. It's an intense period and we have to give it 100 per cent in every game, then it can be a good season. I just look from game to game – how we did it before. It doesn't help to look too much forward, it's just being focused on the next game, to prepare the next game, sometimes recover from the last game. But there's not a lot to do in between, so just recover and prepare. That's the only thing that should be in your mind.

There were twists and turns in the title race last weekend. Was there much talk in the dressing room about how big Divock Origi's goal at Wolves could prove to be?

I think everybody knows how close the Premier League is and that every point matters. It's really important to get as many points as possible. A late winner like this is always something special and Divock is a special guy for these kind of things.

Are you someone that can shut out the external noise and just focus on the task at hand?

It's quite hard because you get a lot of influence from outside to look maybe somewhere else. But we try to stay focused and so far I think it worked quite good.

It's a return to Anfield for Steven Gerrard when he brings his Villa side. What do you remember about him as a player?

To be a legend at a club like Liverpool is a tough thing to achieve, and he's absolutely one. He's an iconic figure of this club and will always be. But this game at Anfield, no points are given – not even for him. We will fight every second and every metre to keep the three points here. He was the most famous player of his time here and brilliant in the midfield. But that's not of my concern – I'm lucky not to play against him on the weekend! I've got great teammates on my side and we are ready to face them.

The form and performance level at Anfield has been great recently. What will you have to do to keep that up on Saturday?

To prepare the same way we did. We try to start the game early and with 100 per cent – there is no time for breaks or anything else. We have to be focused from the first second and then have to show the opponent the power of Anfield.