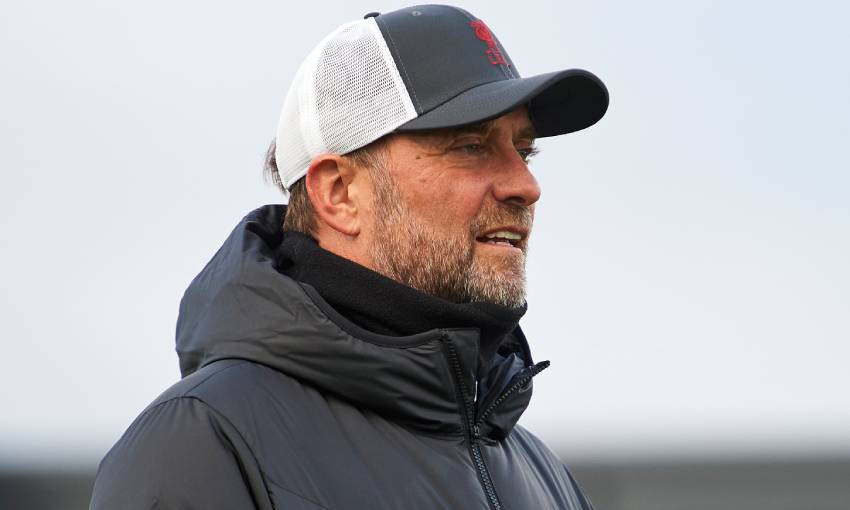 Inside Anfield: An alternative look at Reds’ battling win over Villa

Jürgen Klopp admits he is relishing ‘a proper Champions League tie’ against Internazionale after Liverpool were pitted against them in the last-16 of the tournament.

An error meant the original draw for the knockout phase, in which the Reds had been paired with FC Salzburg, was voided.

The redraw later confirmed a return to San Siro for Liverpool, with the away leg set to take place in Italy before an Anfield return against the Serie A title holders.

Read on to see what Klopp had to say in the minutes immediately after the draw when speaking exclusively to Liverpoolfc.com…

Jürgen, for the second time today, what’s your reaction to the draw?

I had to wait 54 years to play at the San Siro for the first time… and now it’ll be twice in three months, so that’s good news! All good. Of course, it is a tough draw, definitely. They are the league leaders in Italy; a good team in a good moment. We will see how things go until we meet in February.

Yes, obviously Sanchez and Dzeko we know well – and Lautaro Martinez is one of the most exciting strikers in the world, probably. Simone Inzaghi is there, his first year, last year they were champions, but it is the Liverpool way – it’s never easy, but still possible, so let’s give it a go. It’s a proper Champions League tie, so all good and I am absolutely looking forward to it.

Do you think it was the correct decision to redo the draw after the error in the initial one?

Definitely. I saw it live and I thought, ‘You cannot let it stand like this, there’s no chance.’ Definitely, they had to do it again.