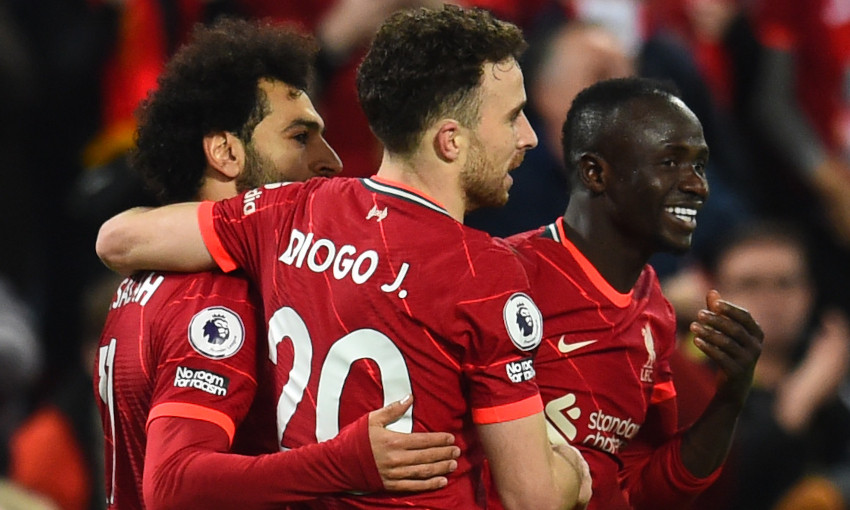 Liverpool came from behind to beat Newcastle United 3-1 at Anfield and extend their winning run to eight consecutive matches.

Jonjo Shelvey gave the visitors the lead with seven minutes gone when he found the net from distance.

However, the Reds struck back when Diogo Jota turned the ball over the line from close range after his initial header had been saved by Martin Dubravka.

The hosts went in front soon after when Mohamed Salah slammed in his 22nd goal of the season so far after Newcastle’s goalkeeper had parried a Sadio Mane shot.

Trent Alexander-Arnold made certain of the outcome towards the finale when he drilled an unstoppable effort into the top corner from distance, keeping Liverpool just a point behind Manchester City and three ahead of Chelsea in the standings.

News broke shortly before the teamsheet was confirmed that Fabinho, Curtis Jones and Virgil van Dijk had returned suspected positive tests for COVID-19, meaning they were ruled out of the contest.

Therefore, Liverpool made two changes to line-up deployed against Aston Villa at the weekend, with Jota and Ibrahima Konate returning. Roberto Firmino was named on the bench.

Brimming with confidence on the back of a seven-game winning run, Liverpool started assertively, roared on by a vocal Anfield crowd.

The early dominance nearly paid off with just six minutes on the clock when Salah smartly found Jota inside the box with a back-heel, but the forward’s shot on the swivel was repelled by Dubravka at his near post.

Newcastle had seen little of the ball in the opening moments, but they stunned their hosts by taking the lead soon after.

Thiago Alcantara’s attempted clearance from an Allan Saint-Maximin cross broke invitingly for Shelvey, who took a touch before arching a shot into the corner from outside the area.

The hosts’ response saw Mane strike the post from a Salah tee-up, though the former was flagged offside afterwards.

Konate then headed wide from a Trent Alexander-Arnold corner before Jota struck into the side netting after bounding into the area from a central position. 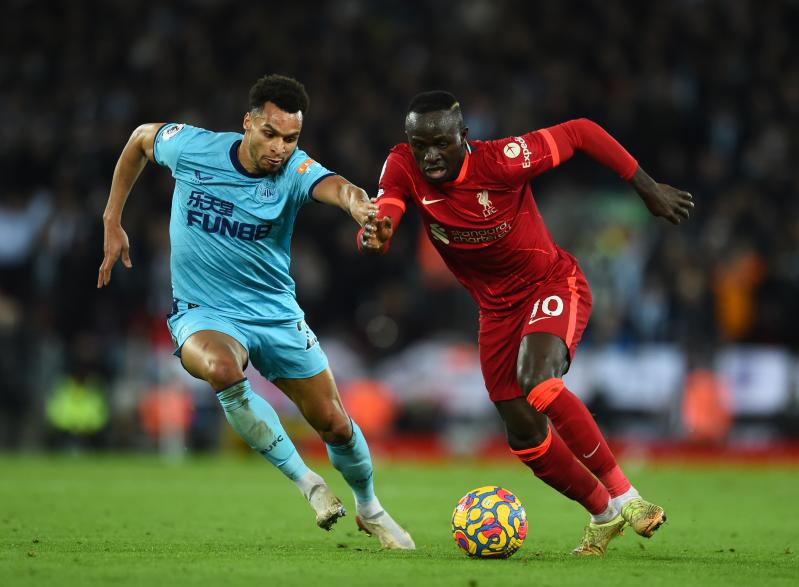 Finally the pressure told on the 21-minute mark when Liverpool recycled a cleared corner back into the box via a deep Mane delivery from the right. Jota was on hand to head goalwards – and though Dubravka kept out the initial effort spectacularly, the Portugal international nudged in the rebound.

Newcastle were aggrieved that the goal was allowed to stand as Isaac Hayden had gone down inside the area during an earlier phase of play.

Indeed, The Magpies nearly went back in front almost instantly as Saint-Maximin latched onto a wayward pass and sped into the box, only to be foiled by Alisson Becker.

Liverpool themselves then established an advantage. Shelvey’s pass backwards was pounced on by Mane, who had a low effort saved by Dubravka, but Salah was on had to gleefully rasp the loose ball in.

It meant the No.11 had matched Jamie Vardy’s Premier League record of a goal involvement in 15 consecutive top-flight games.

Jürgen Klopp’s men kept on coming, too. Jota scooped over on the turn before Fabian Schar was required to intervene to prevent Mane from surely steering in a Salah centre.

The Egyptian then outstripped substitute Matt Ritchie to reach an Alex Oxlade-Chamberlain ball forward, but he could only roll agonisingly wide of the far post.

Liverpool’s relentlessness didn’t relinquish with the interval – and Dubravka needed to pluck a Mane header out of the air to stop it reaching Jota inside the six-yard box soon after the restart.

Newcastle did summon a threat when Jacob Murphy arched a curler narrowly wide of the base of Alisson’s right-hand post, however.

Eddie Howe’s side were beginning to grow into the contest – and Alexander-Arnold had to time a challenge to perfection just inside the box to stop Ryan Fraser reaching a low pass at the conclusion of a counter. 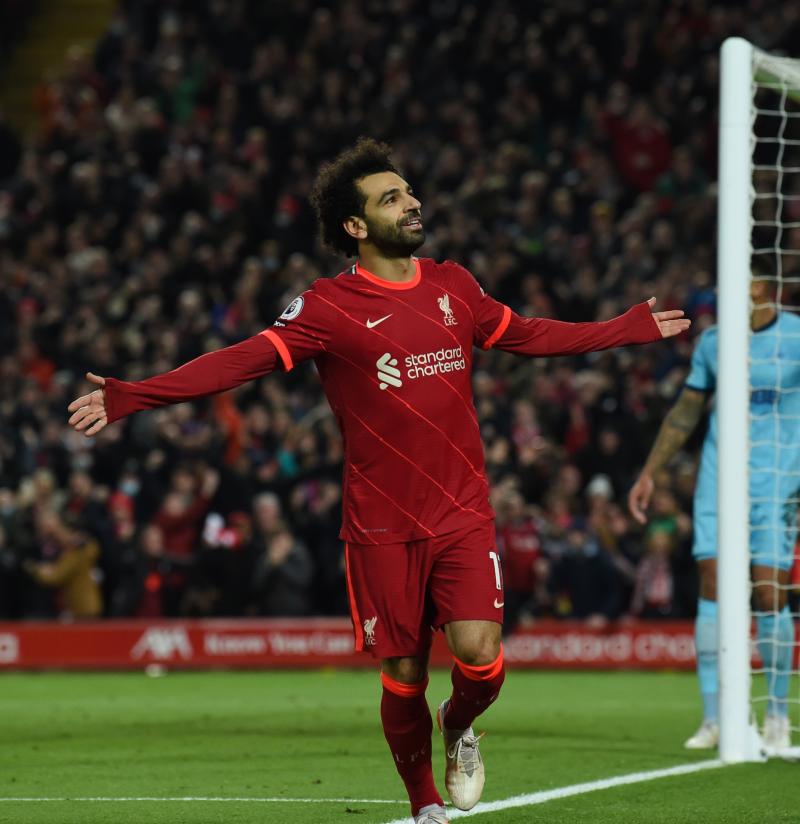 Shelvey then clipped a free-kick just off target for Newcastle as Firmino and Naby Keita were introduced in place of Oxlade-Chamberlain and Salah.

Mane almost deflected the ball over the line from a Keita pass and Jota had a close-range prod blocked on the line, with Liverpool seeking the comfort of a third.

Keita then tried to catch Dubravka off his line with a first-time return from 25 yards, but the visiting stopper was able to recover.

However, the points were finally made safe with three minutes of normal time remaining. Alexander-Arnold pounced on a cleared free-kick, set himself and unleashed an arrow into the top corner from fully 25 yards.

Report: Reds battle to Newcastle victory thanks to Keita goal