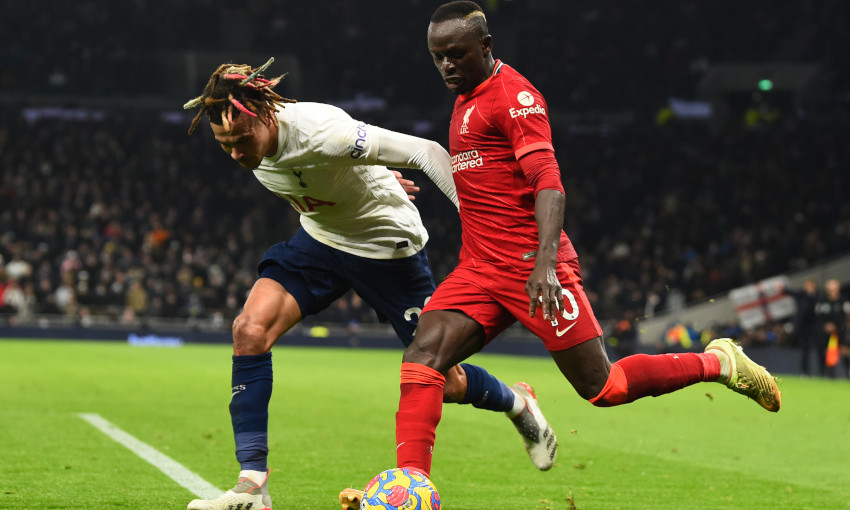 Liverpool claimed a point with a 2-2 draw following an action-packed encounter with Tottenham Hotspur on Sunday afternoon.

Spurs took the lead through Harry Kane, but the Reds levelled via a clinical header from Diogo Jota in the first half at Tottenham Hotspur Stadium.

The home team were then thwarted by a string of fine saves from Alisson Becker before Andy Robertson headed in from a Trent Alexander-Arnold cross to put the visitors in front on 69 minutes.

Tottenham equalised soon after when Alisson misjudged a ball forward, enabling Son Heung-Min to roll it over the line.

Liverpool were reduced to 10 men soon after, with Robertson shown a red card following a VAR check after initially receiving a yellow for challenge on Emerson Royal; however, the visitors were able to hold out to take home a share of the points.

With Thiago Alcantara ruled out after registered a suspected positive COVID-19 test and Jordan Henderson absent due to illness, Liverpool made three changes in London.

One of them saw a first Premier League start handed to Tyler Morton in midfield, while Naby Keita and James Milner also came into the XI.

An eight-game winning run saw Liverpool arrive in London high on confidence – and just 90 seconds had elapsed when Alexander-Arnold hung a cross into the centre of the area, where Robertson arrived to nod firmly goalwards, but just a fraction wide of the upright.

Then, Milner had Hugo Lloris tested for the fist time when he dispatched a left-foot shot towards the bottom corner, but the home team’s goalkeeper was able to collect.

Lloris was called into action once more in the 10th minute, this time needed to turn Alexander-Arnold’s snap-shot around the post at full stretch.

Tottenham mustered their first threat shortly after, but Ibrahima Konate blocked Kane’s swivel-and-shot inside the box.

However, a minute later, the Spurs forward was on the scoresheet. Tanguy Ndombele charged forward from a central position before sliding a pass through for Kane, who steered low across Alisson Becker and into the far corner.

The hosts were close to a second when Kane pinched possession from Morton and crossed for Son Heung-Min, who nudged wide on the stretch.

Tottenham were firmly in the ascendency and next Son found himself clean through on Alisson’s goal, but his attempts to round him were foiled by the Brazilian’s dive at his feet.

Liverpool then had Sadio Mane’s strike blocked inside the box by Eric Dier before Lloris pushed Keita’s follow-up around the frame of the goal.

Mane had the Reds’ next opportunity, too, heading wide at the back post from Robertson’s delivery at a set-piece, but Tottenham had another huge opening denied by a world-class Alisson saved on the half-hour when he got his fingertips to a Dele Alli blast from point-blank range. 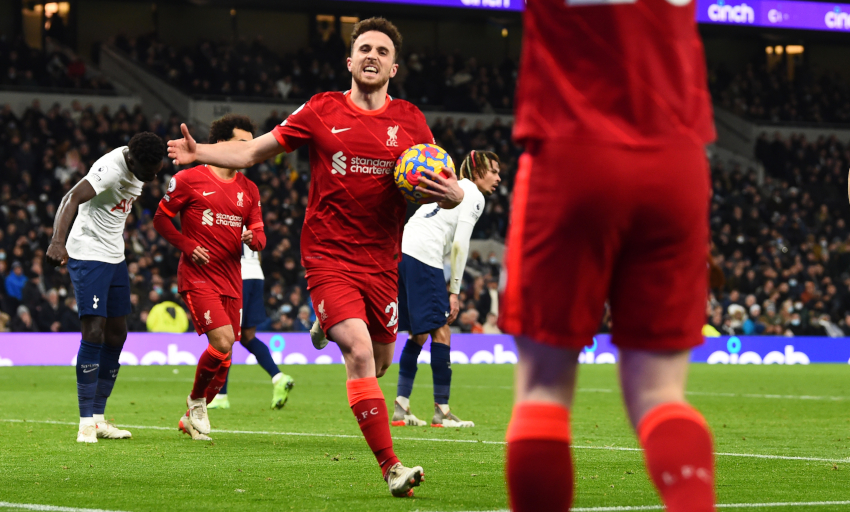 However, with 35 played, Liverpool levelled. It owed much to the tenacity of Robertson, who pounced on a dropping ball inside the box, touched it past Ben Davies and stood it up into the centre, where Jota planted a header into the top corner.

The Portugal attacker then had strong appeals for a penalty waved away when he appeared to be barged to the ground by Royal inside the box when lining up a shot at goal.

But by now the momentum had shifted back into the direction of the visitors – and Lloris was required to keep out a powerfully-struck Alexander-Arnold half-volley with his knee.

The start of the second half began in the same vein, with Jota glancing a header just over the angle of the goal from Alexander-Arnold’s delivery into the area.

But on 55 minutes, Jürgen Klopp’s side again had elite-level goalkeeping to thank for keeping the scoring equal. Alli bent a run in behind the Liverpool defence and squared for Kane, who seemed certain to convert but was denied by Alisson’s sprawling stop at his feet.

The Spurs’ No.10 then flicked over at a corner as the hosts’ threat began to increase. Roberto Firmino was introduced from the bench in place of Morton on the hour. 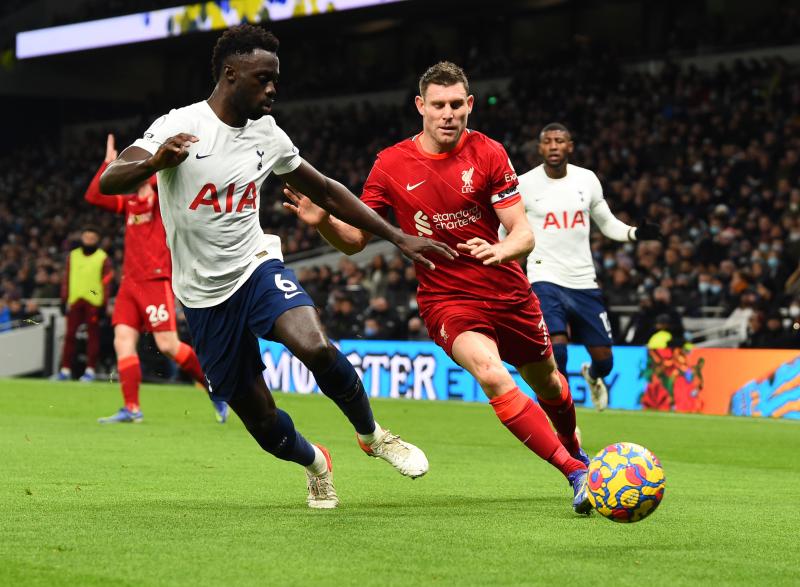 Nevertheless, the Reds went in front on 69 minutes in a passage of play that began in their own box, with Alli looking for a penalty after falling to ground under the attention of Alexander-Arnold. Play quickly switched to the other, ending in Liverpool’s right-back crossing for Robertson to send a stooping header into the net.

But Spurs restored parity minutes later when Alisson misjudged a ball in behind, leaving Son with the task of rolling into an unguarded net.

Liverpool’s hopes of claiming something from the contest took a blow on 78 minutes when Robertson was dismissed following a VAR check after a challenge on Royal was deemed serious foul play.

Tottenham piled forward in search of a winner as they aimed to make their numerical advantage count, but the Reds dug in to take a point back to Merseyside.