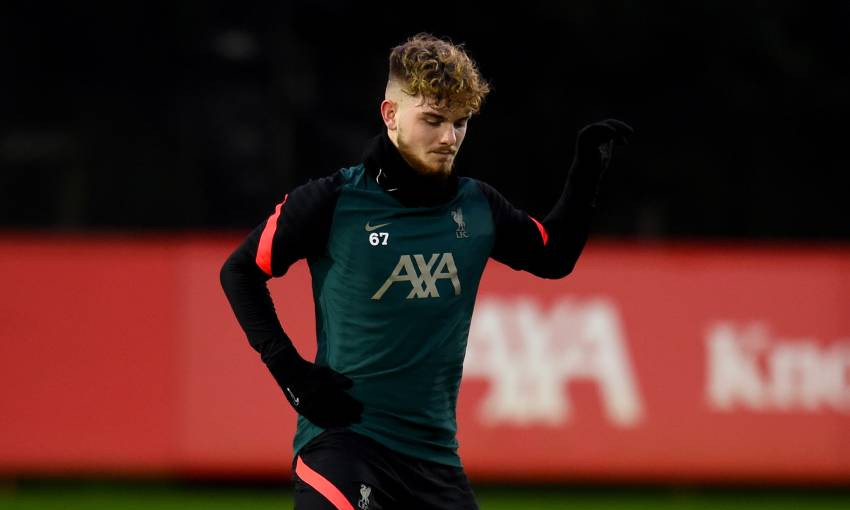 Pepijn Lijnders is delighted with Harvey Elliott's return to full training but stressed Liverpool will continue to adopt a patient approach with the youngster's fitness.

The No.67 took part in Tuesday's workout at the AXA Training Centre for the first time since his serious ankle injury away at Leeds United in September.

Speaking to Liverpoolfc.com about Elliott, the assistant manager said: "Let me say it like this, he didn't lose his football brain!

"He shows immediately what he's about. It would be a crime if you would not play him if he trains like this, but we know it's just the start of his start with the team training. He needs time and we go step by step, of course.

"Some players they never knock on the door, they run through it – and he's one of them."

Nathaniel Phillips also featured in the Reds' latest session, having recovered from a fractured cheekbone sustained during the Champions League win at AC Milan last month.

Lijnders added: "He has the talent to clear a ball with his head from the goal-line on the floor – it's unbelievable!

"He trains really well and we're really happy that he's with us.

"There's a lot of speculation, a lot of discussion around him but he's a super centre-half and he proved that every time when he had to play for us. He was and is an important player for our squad."