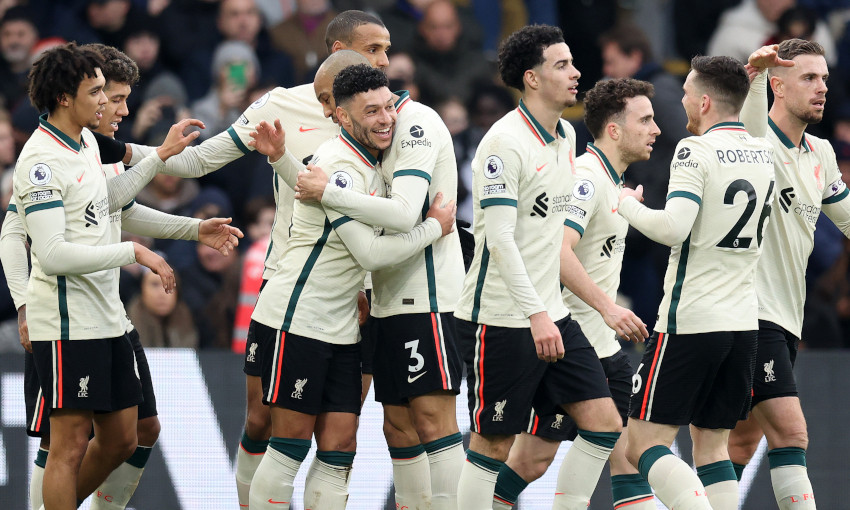 Liverpool signed off for the international break with what became a hard-fought 3-1 win at Crystal Palace in the Premier League.

Goals from Virgil van Dijk and Alex Oxlade-Chamberlain had highlighted an impressive first half by Jürgen Klopp’s side at Selhurst Park on Sunday.

Palace came back strongly after the interval and halved their deficit through Odsonne Edouard 10 minutes into it, but the Reds held them off and Fabinho’s late penalty sealed victory.

The result moved Liverpool to within nine points of league leaders Manchester City, with a game in hand, as they now enter a fortnight’s pause in their fixture schedule.

Klopp opted for two changes to his starting XI as Alisson Becker and Oxlade-Chamberlain, recovered from an ankle injury, replaced Caoimhin Kelleher and Kaide Gordon.

Liverpool made an assertive start to the contest and were in front within eight minutes.

There were warnings just before the opening goal as Marc Guehi had to intervene at the last second to deny Diogo Jota inside the box and then Vicente Guaita palmed out a deflected Jordan Henderson drive.

But it was brief relief and when Van Dijk evaded his markers from an Andy Robertson corner to the near post, the No.4 powered a perfect header into the left side of the net for 1-0. 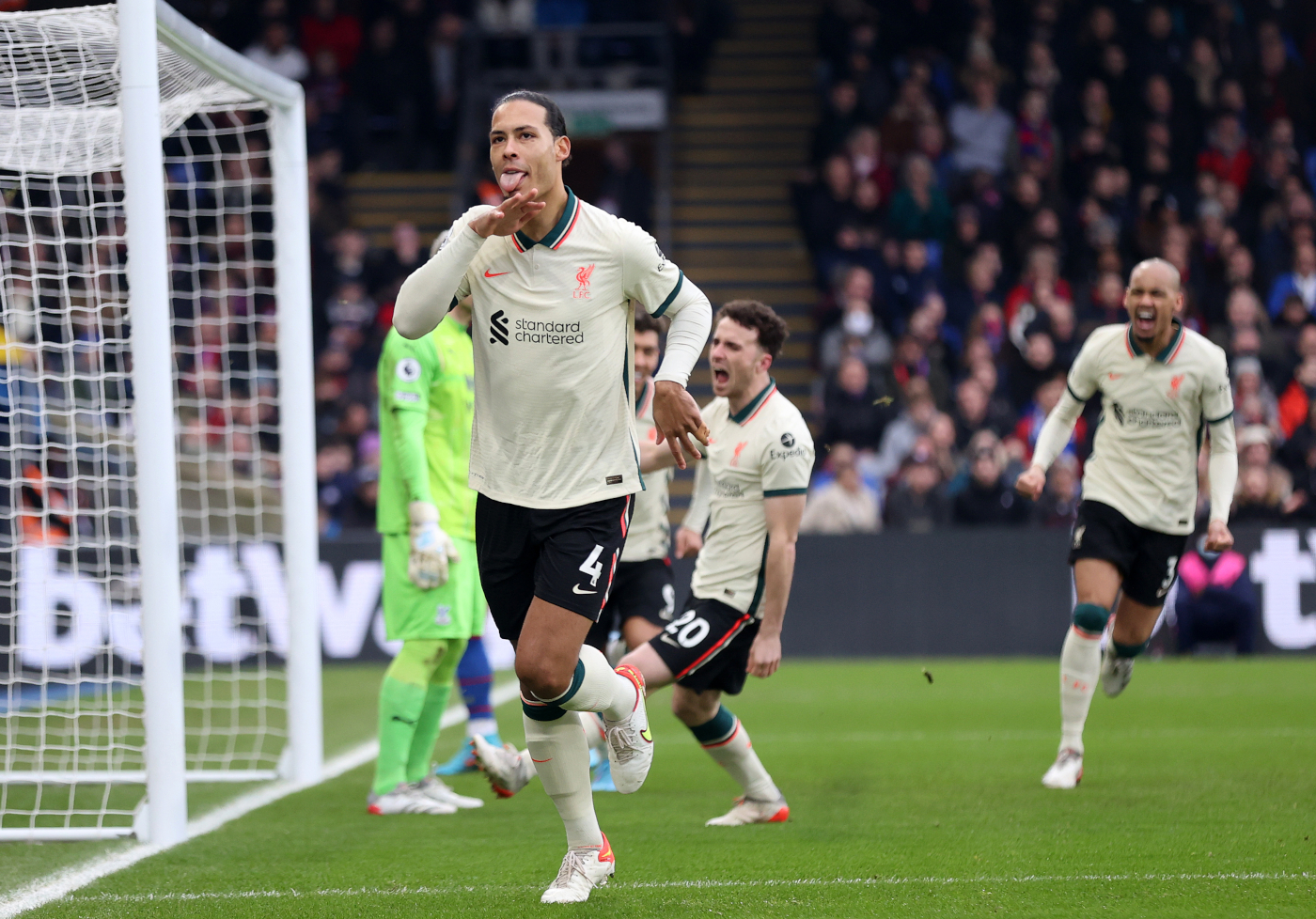 The visitors sensed a chance to press home their advantage and Oxlade-Chamberlain found the side-netting from the angle when Robertson’s latest cross travelled all the way to him.

A Palace breakaway did cause alarm midway through the half, with Joel Ward scampering into space down the right wing and squaring to Jean-Philippe Mateta in the middle.

Alisson was more than equal to Mateta’s close-range finish, gloving the ball over the goalframe, though the assistant belatedly raised an offside flag in any case.

Swiftly back at the other end, the recently prolific Fabinho rued his effort into the stands from the edge of the box after fine tee-up work by Roberto Firmino and then Jota.

Their second strike of the afternoon arrived on 32 minutes, however, as Oxlade-Chamberlain applied the decisive touch to a flowing Liverpool move.

They coolly shifted possession from the right flank to the left, Jota sending the ball out to Robertson, whose hoist back across the Palace penalty area was chested down and fired underneath Guaita by Oxlade-Chamberlain. 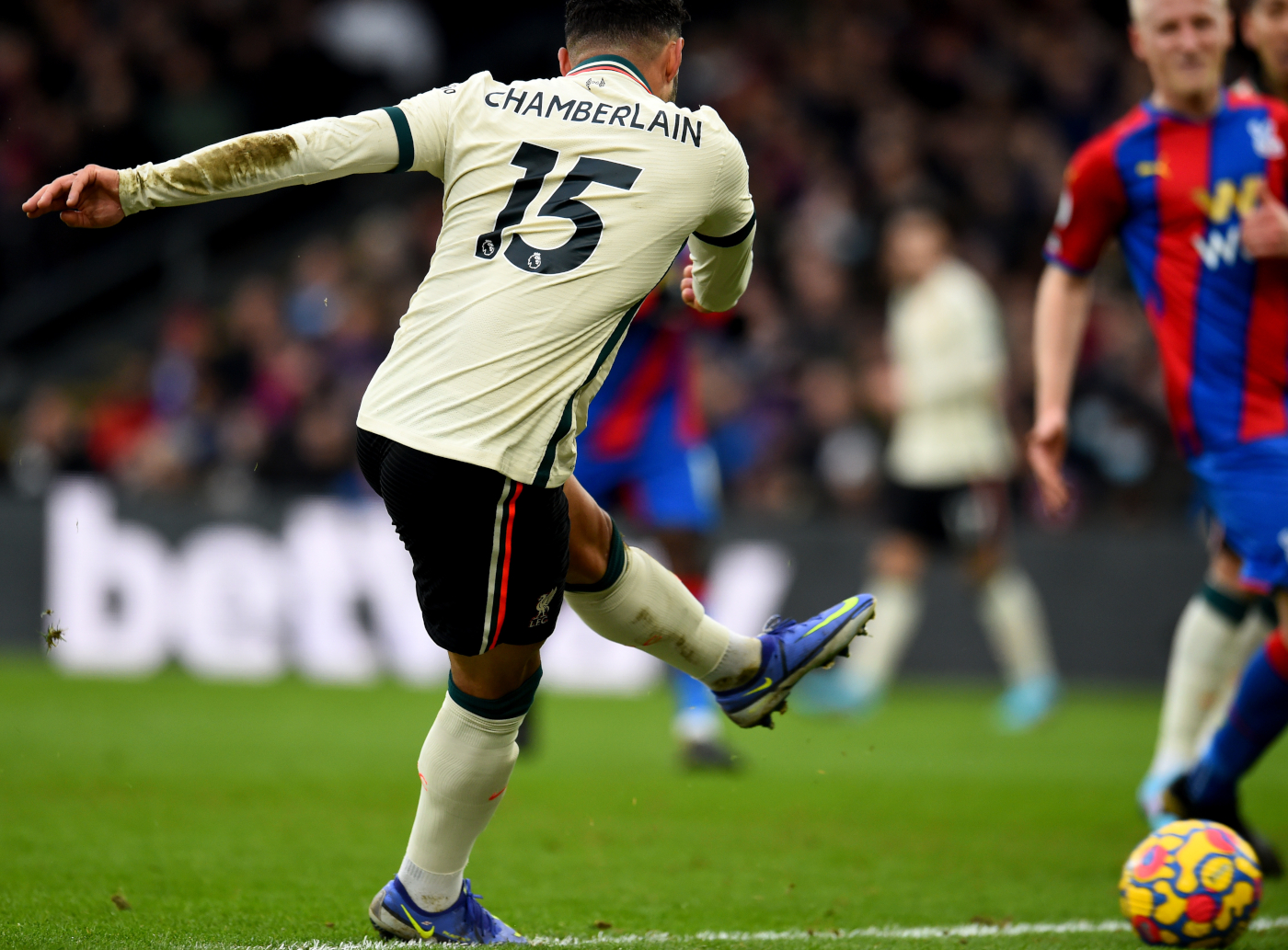 For all their dominance, though, Klopp’s men twice needed their goalkeeper to preserve that 2-0 lead before the interval.

First, Alisson thwarted Michael Olise after he seized on Joel Matip’s misplaced pass along his own box, the Brazil international repelling the strike with his leg.

He then had to rush from his goalline to force wide Mateta, played in by Olise’s defence-splitting pass, and importantly got hands on the forward’s attempt to find the opposite corner, sending the shot wide.

The hosts burst out of the blocks when play resumed and Liverpool were grateful for two let-offs in quick succession.

Olise’s footwork took him past Robertson in the right channel and his fierce delivery across the area was glanced off target by the arriving Conor Gallagher.

And within moments, Alisson was forced to produce another tremendous reaction save, getting down to put hands on Edouard’s backheel from yards out after a Jeffrey Schlupp knockdown.

By way of response, Henderson was not too far away as he swivelled on Oxlade-Chamberlain’s knock towards the box and hooked a left-footer wide of the post.

But Palace’s pressure was rewarded on 55 minutes. Mateta timed his run smartly to receive a pass in behind and as Alisson came out to narrow the angle he rolled the ball sideways for Edouard to push in a simple finish.

Joachim Andersen lashed a long-range strike just the wrong side of the left post as the home side surged, while Klopp reacted by introducing Takumi Minamino in place of Oxlade-Chamberlain.

Liverpool managed to stem the Palace tide somewhat as the second half wore on, but once more required an Alisson rescue when Olise collected a long Andersen pass and tried to lob the No.1, who scurried back to tip it away.

And the Reds were finally able to put the game beyond the Eagles when the referee, via VAR, judged Guaita had fouled Jota inside the box from Trent Alexander-Arnold’s sublime ball over the top.

Fabinho calmly dispatched the spot-kick to confirm an important win in Liverpool’s attempt to chase down City at the Premier League summit.