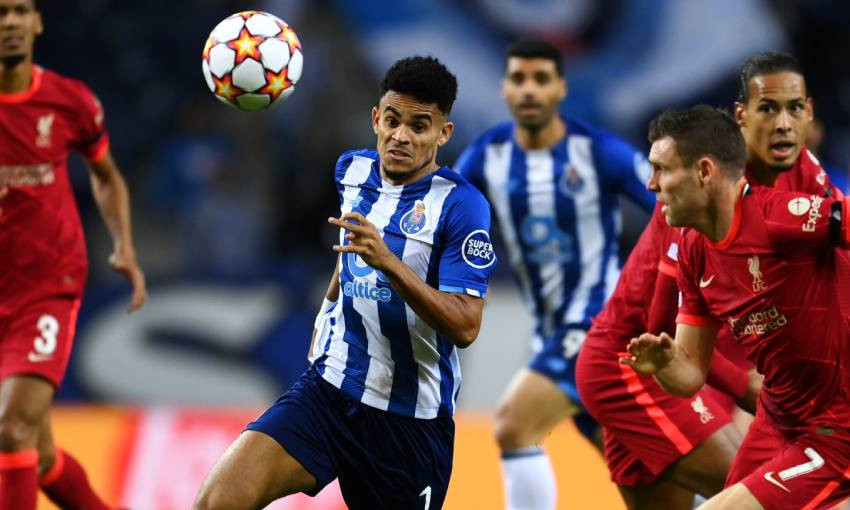 Jürgen Klopp detailed his excitement about what Luis Diaz can bring to Liverpool in both the short and long-term future.

The 25-year-old will bolster the Reds' options in the final third following his switch from FC Porto last week, subject to the successful granting of a work permit and international clearance.

While acknowledging there will be a period of adaptation, his new manager can't wait to welcome the Colombia international into the squad.

Speaking at a press conference on Friday, Klopp said: "Luis, so let me say it like this, if he would now come, step on the pitch and would be immediately at his absolute best and playing better than all others, that would be really strange.

"Because we worked together for a while, that needs time, of course, that he adapts to it. But that doesn't mean I don't speak about [him for] four or five months or whatever. I didn’t even see him yet, so he was not here at the training ground – maybe we should wait a little bit!

"We are really happy and excited about the signing. It's just a really good sign that we work on all fronts to improve this team.

"How it always is in football obviously, we have to be successful now and in the future, so he can help with both. That's a really good thing."

Diaz faced Liverpool on two occasions this season with Porto in the Champions League, though Klopp stressed he's been an admirer of the forward well before those meetings.

The boss continued: "We signed him because we like pretty much everything about him, that's how it is. I followed him now for a while, not only since we played them twice in the Champions League.

"He's an exceptional player. He has the speed, he has the skillset, he has the character to have a really good career. We all want him to have this career here with us. That's it.

"I'm not sure but nowadays when you have 16, 17 year-old boys playing on the highest level, then he's maybe a little bit a late bloomer but they bloom exceptionally well very often.

"I'm really happy that we could get him in now and can help him, and he can help us.

“Yes, the story so far is a special one, for sure. We have some players with special stories behind them. I like that.

"And now he's one of us and we can't wait to welcome him here and then start working together."