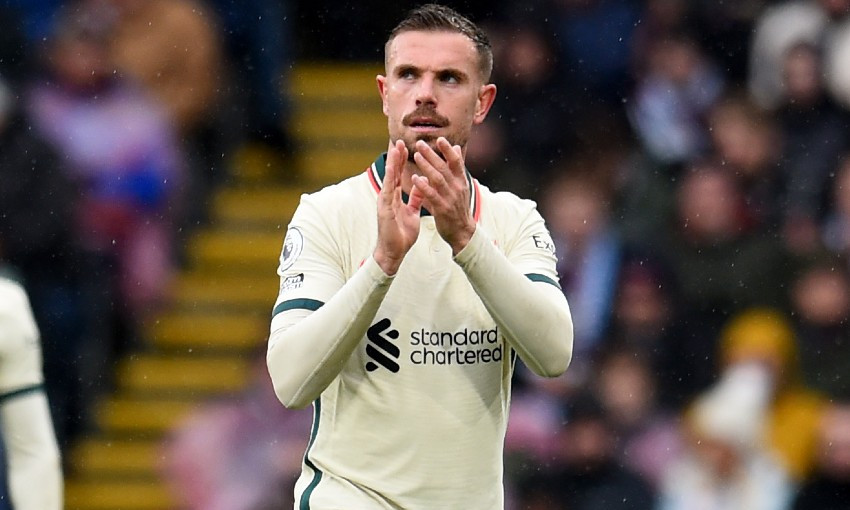 Jürgen Klopp provided an update on the fitness of Jordan Henderson ahead of Liverpool’s Champions League last-16 first leg against Internazionale.

The captain sustained a knee issue during the Reds’ 1-0 win over Burnley at the weekend and Klopp was asked about his condition prior to Wednesday’s match at San Siro.

“Hendo is fine. He got a knock on his knee and today was second-day recovery for a lot of players like for him as well, so it was not the longest session for him,” the boss said on Tuesday.

“But apart from that, there are no issues really. He was back last week and the knee in the game was definitely not comfortable, it’s a proper wound, you can really see it – it looks like lips, it should not be there. Apart from that, he is fine.”