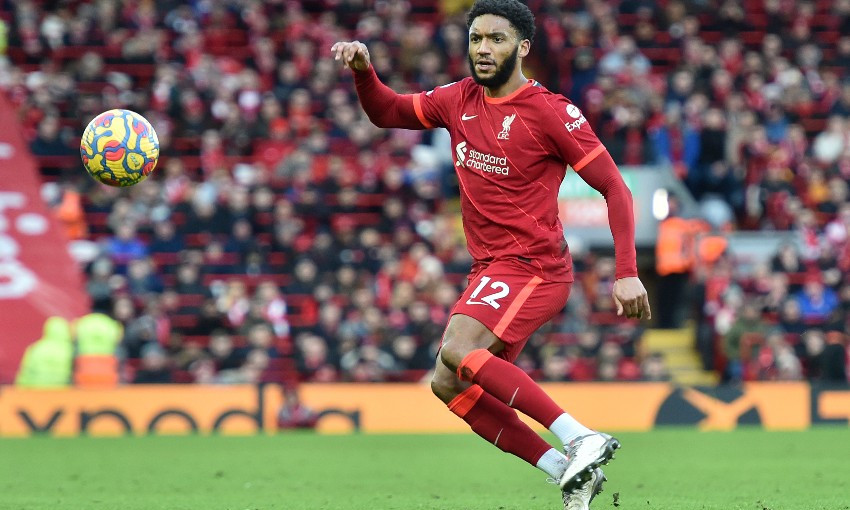 Inside Anfield | New footage of comeback win crowned by Diaz

Joe Gomez’s first Premier League start since November 2020 had long been on the Liverpool defender’s mind.

The No.12 came into the Reds’ XI in place of the rested Trent Alexander-Arnold for Saturday’s 3-1 win over Norwich City, some one year and 103 days on from his previous top-flight start.

“Obviously it’s been a moment I’ve thought about for a long time,” Gomez told Liverpoolfc.com.

“I’ve had to wait longer than I would have hoped, but at the end of the day I’ve had to keep working and be the best member of the squad I can be, pushing the lads and doing my bit as well away from the pitch to try and be ready physically and mentally. 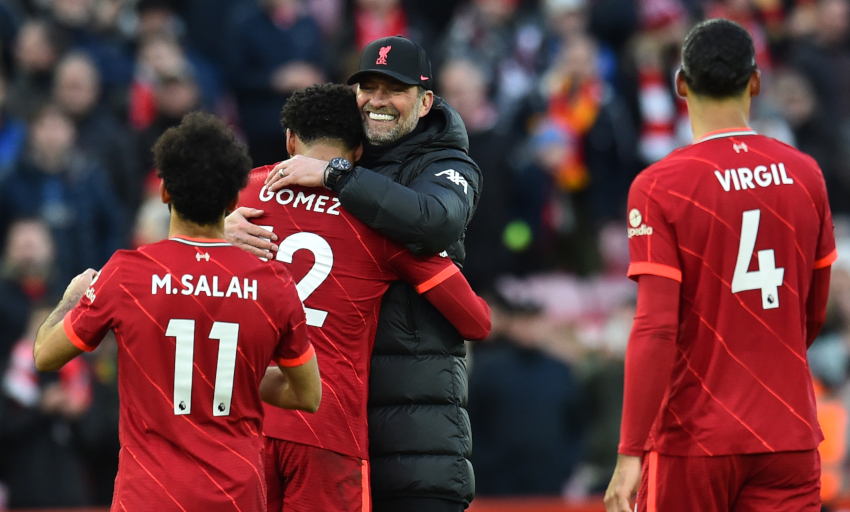 Joe, was that win one of those important victories you get across the course of the season when you are up against it but you find a way to turn it around?

Yeah, I think so. I think as a collective the team played well but then sometimes you suffer setbacks like that in a game and I think it’s easy for us to drop our heads. But then also the crowd, I think the atmosphere helped us push on. I don’t think there was any doubt that we couldn’t persevere and get another goal and then another one. I think at times in previous years that’s the mentality we’ve had to show, to come back and get those results. Sometimes it isn’t always pretty but I think the team did it well.

Are these games tricky when the opposition are getting blocks in and things aren’t falling for you? Does it become difficult because you think, ‘It’s not our afternoon no matter what we do’?

Obviously when you have opportunities and things don’t go your way, that doubt creeps in and you are thinking: ‘It’s not going to be our day.’ But I don’t think there was too much of that today. I think in the past we have done that, but the gaffer’s definitely instilled the mentality within us to just keep persevering and not drop our heads. I thought the lads that came on gave us that boost and we scored some great goals as well.

How much pride do you take in the fact you have been such a good squad member while waiting for your chance to start a Premier League game again?

I think I’d like to try to stay true to working hard and being a good team member for sure. I don’t think the gaffer would expect anything less and I think that’s part and parcel of being at this club. You have to do what you can to push the lads and to be the best that you can be, whether that be in training, in the gym or whatever. That’s what I try to do and to keep on doing so.

And how challenging is it when you do get a start and you’re playing instead of Alexander-Arnold? Not many players are capable of emulating Trent from that right-back slot…

That’s the thing. Obviously, I think Trent is in a world of his own and I’m not Trent, especially not at full-back. I think you have to come in with that mindset that you have to do what you do, and I don’t think the gaffer expects that [to emulate Alexander-Arnold]. Trent is a real playmaker for us and that sort of player in the team, but I have to believe in my own attributes and my own strengths and try and play to that. It would be easy to get caught up in that mentality and try and go above and beyond and do something that’s maybe not me. I guess it’s all mindset and preparation but that’s what the gaffer is there for and the coaching staff, and they help steer us in that direction to do what’s best for us and for the team.

It's a very big week with three big games in eight days and the last of those being a cup final. Are these weeks what being at this football club is all about?

Yeah, for sure. Ultimately, we play to win trophies: the Champions League, the Premier League, those are the cream of the crop for us and that’s where we want to progress. Now the League Cup is another opportunity to try and get another trophy under our belt… we are hungry, it’s a trophy and that’s what we want to do. We want to keep adding history to the club and it’s a great opportunity to do so on the weekend.