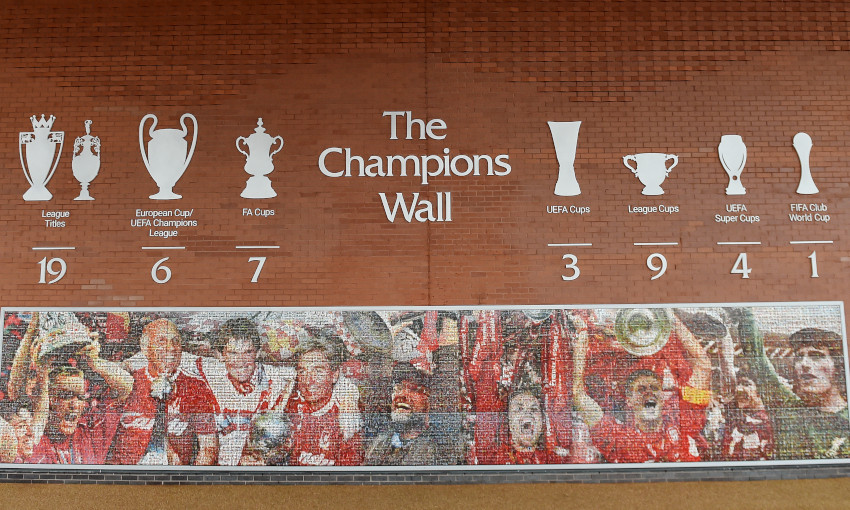 Swift updates have been made to the Champions Walls at the AXA Training Centre and Anfield today.

Liverpool added a 49th trophy to the men’s honours list with a penalty shootout victory against Chelsea in the Carabao Cup final at Wembley on Sunday.

It was a ninth triumph for the Reds in League Cup history, re-establishing them as the most successful team in the competition.

And so the League Cup sections of the club’s Champions Walls were updated with pride across sites on Monday to immediately mark the achievement.