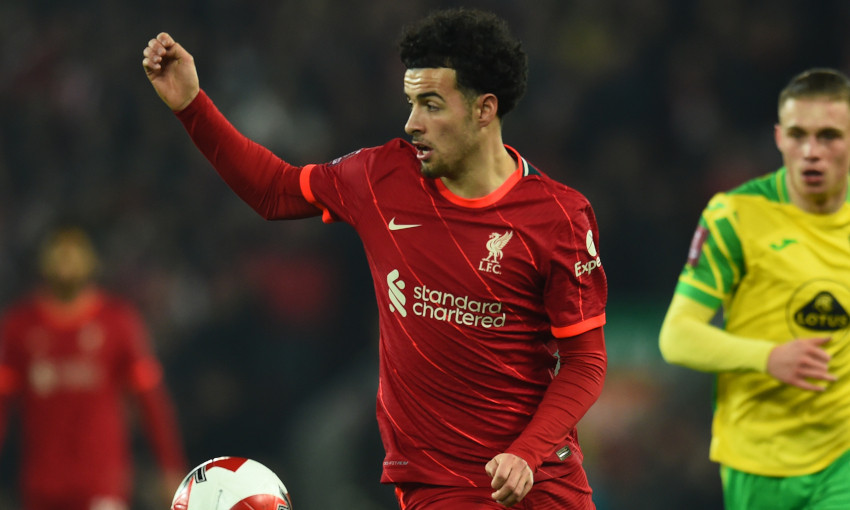 Jürgen Klopp has explained why Curtis Jones was substituted as a precaution at half-time of Liverpool’s 2-1 win over Norwich City on Wednesday night.

The midfielder made way for Harvey Elliott during the interval of the Reds’ FA Cup fifth-round win after feeling something in his thigh.

Klopp and the club’s medical staff elected not to take any risks with Jones’ fitness, though the issue isn’t thought to be a serious one.

The boss said: “Curtis played a really good first half. We had to take him off because he felt his thigh slightly.

“I don’t think it’s a real injury, but there was no need to take a risk and that's why we brought Harvey on, who was good."