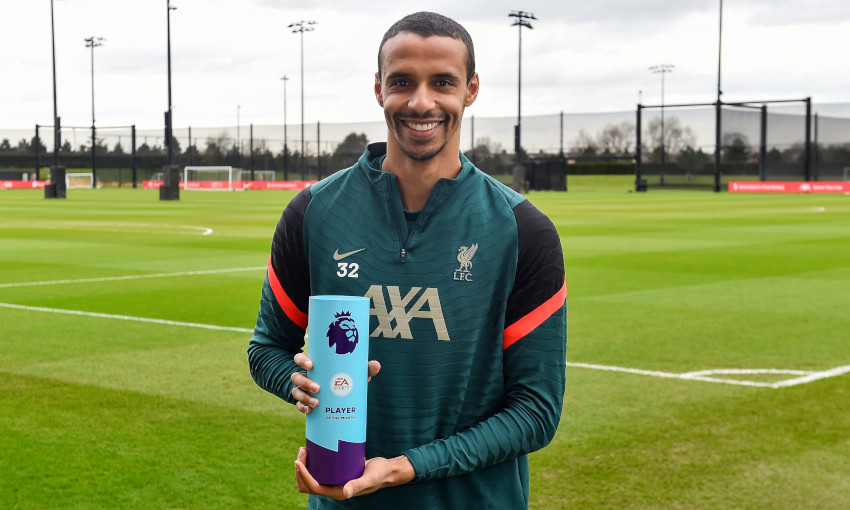 Joel Matip has won the Premier League Player of the Month award for February.

The centre-back was a standout performer as Liverpool collected maximum points in the league with victories over Leicester City, Burnley, Norwich City and Leeds United.

Matip played every minute for the Reds, providing an assist against Leicester, helping claim three clean sheets and scoring a fine goal in the 6-0 defeat of Leeds at Anfield.

His form saw the No.32 selected as the Premier League’s Player of the Month, the first time he has taken the accolade since joining Liverpool back in the summer of 2016.