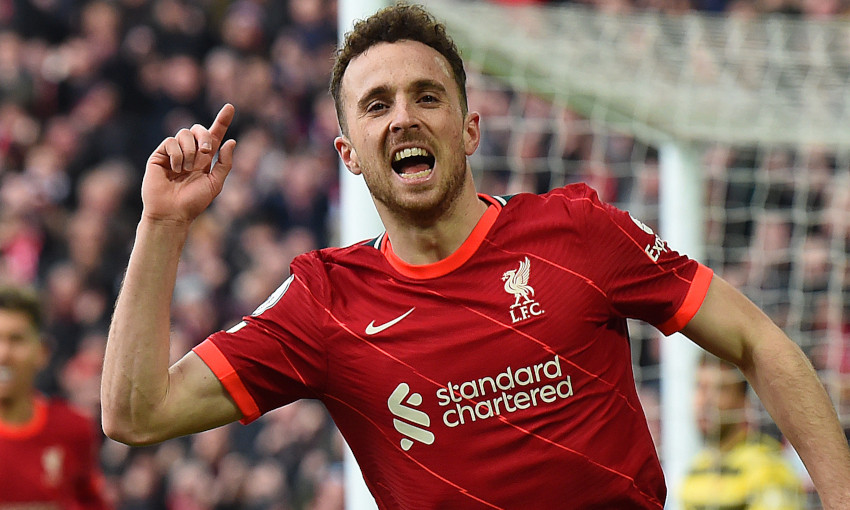 Jürgen Klopp lauded the development of Diogo Jota after the forward took his goal tally to 20 for the season so far by netting in Saturday's 2-0 win over Watford.

The Portugal international opened the scoring with a clinical – and somewhat now trademark – near-post header from a Joe Gomez delivery after 22 minutes of play at Anfield.

Since joining the Reds from Wolverhampton Wanderers in September 2020, Jota has struck 33 times in total in 70 appearances – and Klopp is delighted with how the 25-year-old has honed his talents.

Klopp told his post-match press conference on Saturday: “It was always clear that Diogo is not a pure winger; Diogo is a striker who can defend the wing and play on the wing – both wings.

“Thank God he played for us all three positions up front and always did really well. Today, in a game like this, it is really important that the boys play the game and not the position. That means you have to end up in these kind of situations where we struggle sometimes if we are a bit too static. This was a very fluid situation where Joey was high, got the ball, a great cross, but then if there is nobody [there] it is still the same cross with no outcome. It was a great goal, absolutely.

“He is that guy and it was, for sure, always in him, but I’ve said now a couple of times, at Wolves he had a different job and he did that job that good that we thought, ‘We want him.’ Since he has come in, he has improved a lot. That is a little bit up to his age, he is growing into the top, world-class striker role step by step.

“He is delivering for Portugal pretty consistently, which is a difficult job to do there with all the offensive talent they have.

“So, actually, he is the player we thought he will be – and even a little bit better.”