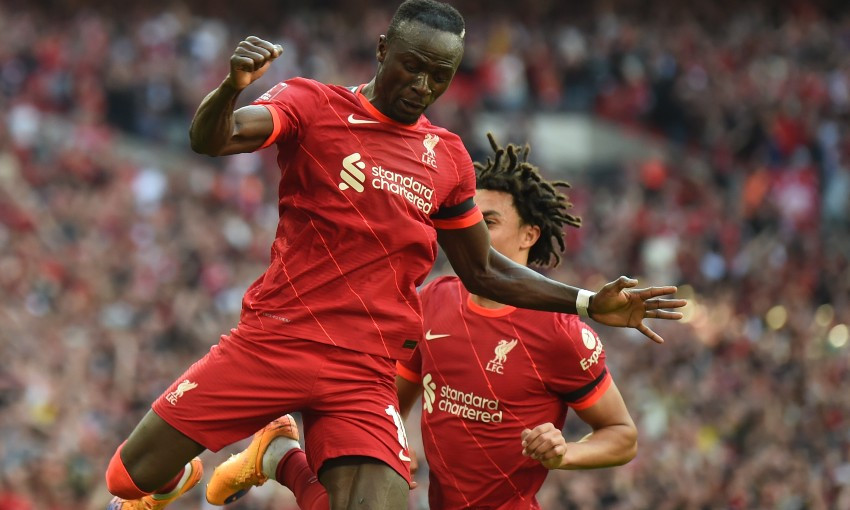 Sadio Mane’s outstanding form is a product of him once again being able to utilise his ‘immense physicality’, Jürgen Klopp believes.

Liverpool’s No.10 has scored four goals in his last four appearances and was named Player of the Match following his decisive double in Saturday’s Emirates FA Cup semi-final win over Manchester City.

Having operated on the left of the front three for the majority of his Reds career, Mane - who, since January, has cemented his legendary status with Senegal by inspiring his country to Africa Cup of Nations glory and World Cup qualification - has regularly been deployed at centre-forward since the arrival of Luis Diaz at Anfield.

However, Klopp does not feel Mane’s recent performances are due to the increased competition brought about by the signing of Diaz.

“I have known Sadio for nearly six years [and] as far as I’ve known him he never needed any competition to try to be the best version of himself. He played, for a long time, pretty much all the games for us when he was fit and performed on an incredibly high level consistently. That’s it,” the boss said.

“Bringing in Luis, I am not sure that affected that part of his game, I don’t know. That was not the reason for bringing in Luis and playing in the centre obviously suits Sadio very well, as well. So he played for us, scored incredible goals and some important goals from the left wing, but he can play the centre as well and we saw that again [on Saturday].

“But Sadio as well had some physical struggles since he came back [from international duty]. That’s completely normal. He could not - Sadio doesn’t feel it but we could see it - use his immense physicality just like this [immediately] week in and week out, or every three days. That was the problem.

“I really felt before the game already against City, ‘OK, that looks like Sadio physically’ and that’s why he could play the game he played. Very important. He was super difficult to defend and very helpful and incredibly important in our defending because the goal he scored, the first one, you only can score if you try to get there and he did it. And you only do this run if you feel fresh enough to do it, these kind of things. This all works together pretty much.

“No, I don’t think that Luis is the reason that Sadio scored four goals, but somehow maybe [he helps] as well because Luis obviously can keep a last line pretty busy and that opens up always gaps for other players.”