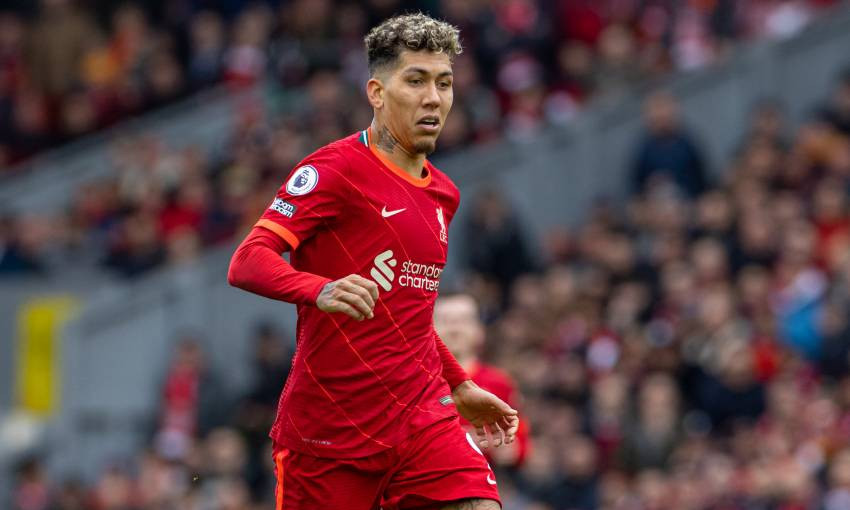 Roberto Firmino is Liverpool’s only fitness concern ahead of the 240th Merseyside derby.

The No.9 was forced to sit out the midweek win against Manchester United, having picked up a foot injury during the late stages of the Emirates FA Cup victory over Manchester City at Wembley.

Jürgen Klopp reported on Friday he had no fresh injury worries within his Reds squad, adding that Firmino would be closely monitored in the build-up to Sunday’s Anfield encounter with Everton.

“Not that I know yet. No other problems,” the boss said at his pre-match press conference.

“And Bobby, getting better and better. It’s just uncomfortable, painful. Today it’s his first day on the pitch, so there’s still two days to go, so maybe.

“If Bobby gives the thumbs-up then he will be involved. And not, then we wait another few days, but then I think after that it should be possible.”

Meanwhile, the visitors look set to be without Dominic Calvert-Lewin, Andre Gomes and Donny van de Beek for the 4.30pm BST kick-off.

The trio join Nathan Patterson, Tom Davies and Andros Townsend in being unavailable for selection due to injury.

The condition of Yerry Mina will be monitored after the centre-half completed 90 minutes for the first time in more than two months on Wednesday.

“Donny van de Beek won’t be fit, he’s got a small injury in his groin area, pelvic area. Andre Gomes has another small one that keeps him out of the weekend.

“On Yerry, that’s a decision I’ll have to make closer to the game because of the tight turnaround between games.

“He’s an important player for us and we must understand we have six more games after this one.”