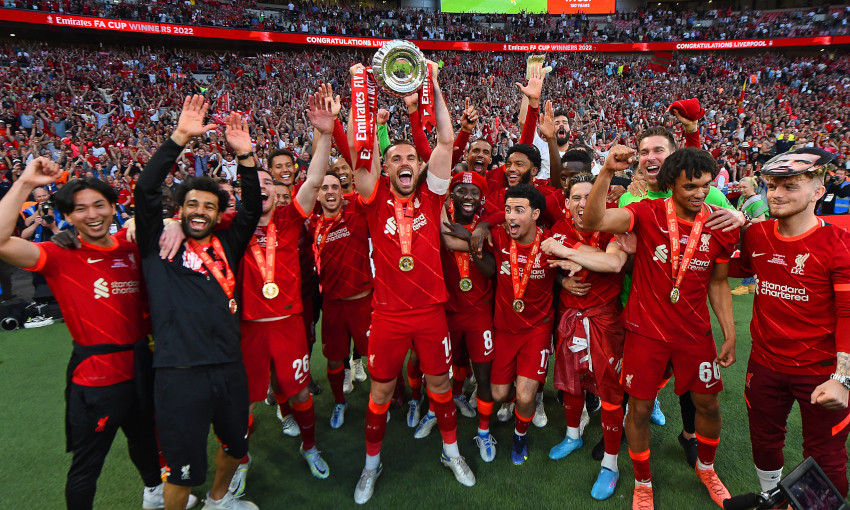 Liverpool’s domestic cup double would not have been possible without every player within the squad making a contribution towards it, Jürgen Klopp insisted.

The Reds added the Emirates FA Cup to the trophy cabinet on Saturday after defeating Chelsea on penalties at Wembley, having already secured the Carabao Cup earlier in the campaign.

And there is opportunity for further silverware to be acquired this term with the Premier League title still on the line and a Champions League final with Real Madrid in Paris to come.

Klopp used his pre-Southampton press conference on Monday to detail why such achievements are only feasible because of the work of each and every player within the group.

"That we sit here and we [have] won two cup competitions, there is one reason for it - only one - and that's that we have this group of players out there,” said the boss.

“We cannot go for all the things we fight for, that you go to the final, and play always the same 11 players. It's really not possible.

“Everybody has his part. We've only now had the discussion about [it] and can [I] order here publicly more medals from the FA? I cannot believe the amount of medals is restricted. Why would you do that? We've realised now [because] we want to give medals to all the players... OK, so then the coaches cannot have [one]. What? It is really a bit tough, so dear FA, please send some more medals. It is not a good idea with the squads getting bigger but the numbers stay the same, so do that.

“It's really important the boys did what they did. I never felt that comfortable doing the many changes that we've done in the past, never; it's not that I didn't want to do it, I trust the boys but are the boys ready to trust themselves? That's then the question. Do the boys look left and right and think, 'Wow, we've never played together... how will that work?' But they played very often together because in training in the periods we have time, they have these moments where they played together.

“The one thing I think the most in the minus one or minus two session when we can go 11 v 11 is 'Thank God we don't play these guys tomorrow!' That's the way we showed up in the competitions. Now for tomorrow [at Southampton] we will see.