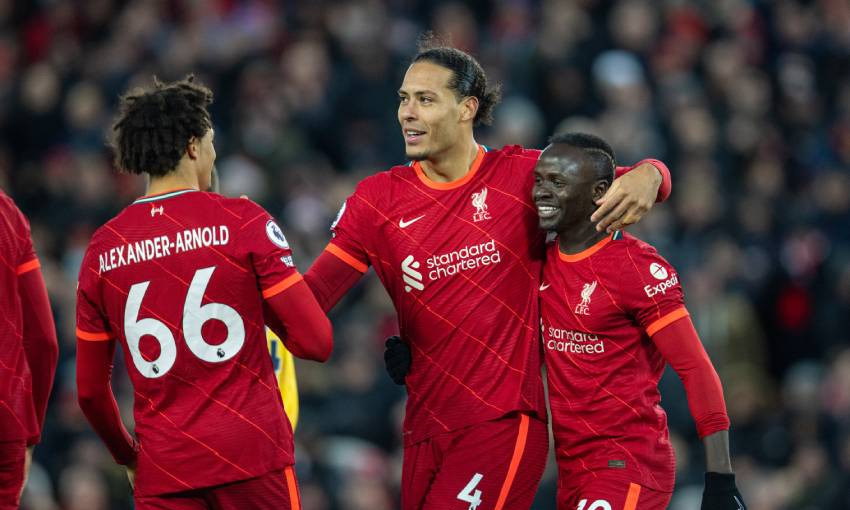 Six Liverpool players have been named in the 2021-22 PFA Premier League Team of the Year.

Their recognition comes after a remarkable season in which the Reds played every available fixture to them – 63 in total across four competitions.

Jürgen Klopp’s team lifted the Emirates FA Cup and Carabao Cup, finished second in the Premier League with 92 points and were runners-up in the Champions League.

It is Mane’s fourth inclusion in the Team of the Year, a third each for Alexander-Arnold, Salah and Van Dijk, while Alisson and Thiago feature for the first time.

Only once before have Liverpool had as many as six representatives in the XI, back in the 1982-83 campaign.