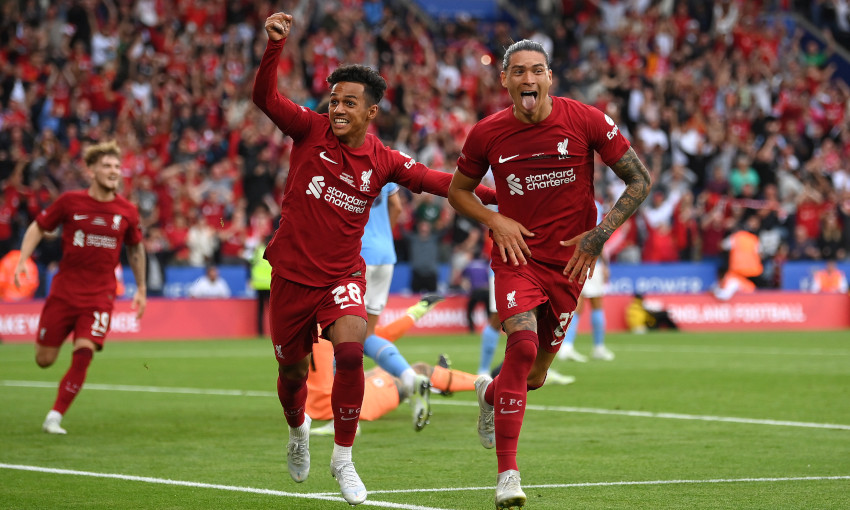 Liverpool claimed the FA Community Shield on Saturday evening with a 3-1 win over Manchester City at King Power Stadium.

Substitute Julian Alvarez had earlier levelled in the wake of Trent Alexander-Arnold's impressive first-half opening strike, as the Reds lifted the trophy for the first time since 2006.

Liverpool skipper Jordan Henderson made his 450th appearance in all competitions in the east Midlands.

Roberto Firmino joined Luis Diaz and Salah in attack, with Nunez named among the substitutes.

Adrian started in goal due to the absence of Alisson Becker, with Joel Matip partnering Virgil van Dijk in defence.

The game started at a fast pace, and it was Liverpool who worked the opening chance of the match.

Diaz saw a shot blocked after good work from Salah down the right that allowed Henderson's cross to find him inside the area. 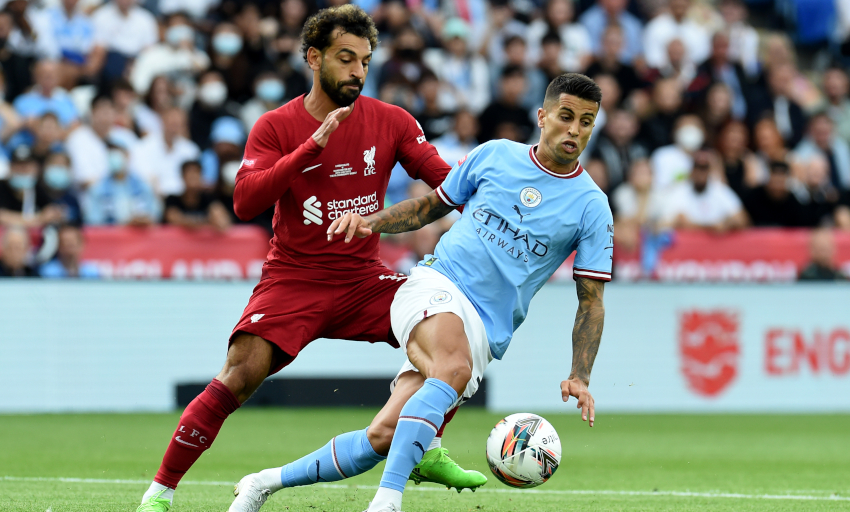 Salah then hit the side-netting himself after a decisive break before moments later being thwarted by a last-ditch tackle.

Kevin De Bruyne responded with an effort of his own at the opposite end, but Van Dijk was on hand to help block the driven shot wide.

Andy Robertson next went closest as Alexander-Arnold's cross found his fellow full-back, though his header was off target.

The No.66 himself was the one to open the scoring for the Reds just after the 20-minute mark, his curling shot finding the back of the net via the inside of the post following a Salah pass.

City responded before the interval, first through De Bruyne who drilled wide of the mark while Adrian was forced to save low from Erling Haaland and then Riyad Mahrez.

Adrian was forced into immediate action following the change of ends, saving a Mahrez half-volley from close range to keep the narrow lead intact.

Salah again caused City problems, cutting inside to see a shot halted ahead of the introduction of Nunez from the bench on the hour.

The striker almost made an instant impact, racing through on goal to be brought down by goalkeeper Ederson only to be denied by the offside flag.

Henderson then slid him through on goal a short while later, but he was to be halted by the onrushing shot-stopper.

The game opened following the flurry of activity, but it was City who struck next with a little under 20 minutes to go following a lengthy VAR check.

Adrian, again, saved well from Phil Foden before Alvarez followed in to find the back of the net unchallenged.

The goal was initially ruled out before the City duo were deemed to be onside in the build-up phase amid a long stoppage. 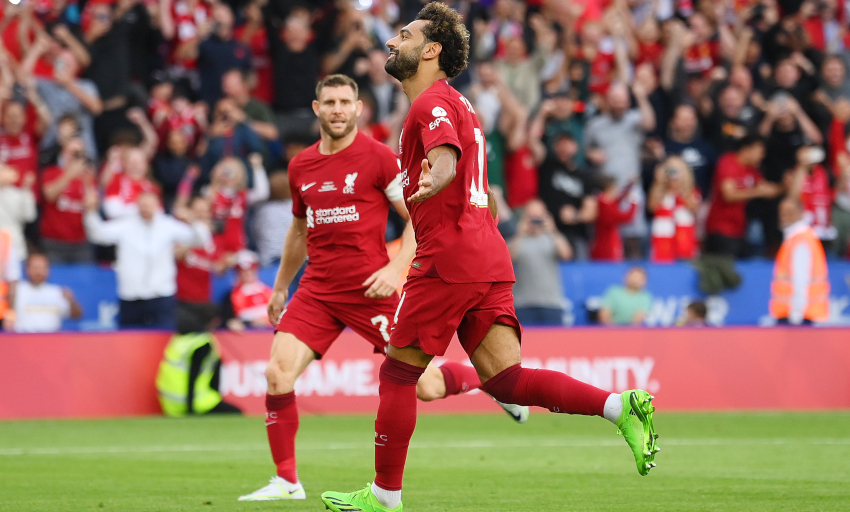 Nunez headed back across goal and the ball struck defender Ruben Dias on the arm, though play initially carried on before the match official consulted the pitchside monitor.

Salah duly converted from 12 yards out and Nunez then put the exclamation point on the fixture in added time, bagging a debut goal thanks to a cushioned header from close range.