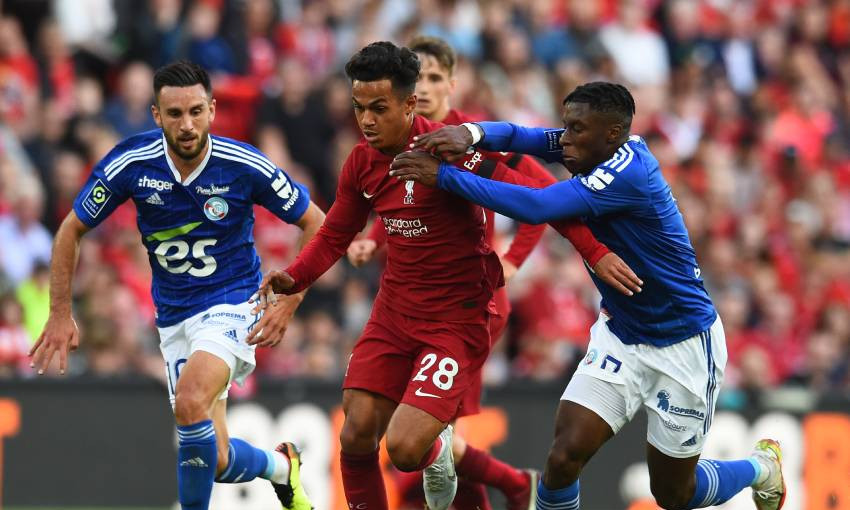 Liverpool suffered a 3-0 defeat to RC Strasbourg Alsace at Anfield on Sunday night in their latest pre-season encounter of the summer.

The visitors struck twice in the opening 14 minutes against a youthful Reds side, with Adrien Thomasson and Habib Diallo netting.

The pair then combined for a third for Strasbourg, with Thomasson clipping in from Diallo’s pass midway through the first half.

Just a touch over 24 hours since the Community Shield victory over Manchester City, Liverpool were back in action – albeit with a much-changed line-up.

Fabio Carvalho was handed a start in attack, while the experience of the likes of James Milner, Joe Gomez, Ibrahima Konate and Harvey Elliott was also included in an otherwise young XI.

However, with just four minutes elapsed, Strasbourg took the lead. Thomasson pipped Isaac Mabaya to a ball into the area before lifting it over Harvey Davies from eight yards out.

The French side threatened once more shortly after, with Marvin Senaya driving at goal from the edge of the box, but Davies was able to gather.

Liverpool mustered a response when Elliott slid Carvalho into space inside the box; however, his low blast crashed into the side netting.

Nevertheless, Strasbourg increased their lead in the 14th minute. Luke Chambers conceded possession, allowing Ludovic Ajorque to touch it off to Diallo, who thumped in with aplomb.

The Ligue 1 side added a third on 21 minutes when Diallo escaped down the right and pulled it back for Thomasson to steer into the bottom corner.

Ludovic Ajorque spurned the opportunity to make a further indentation on the scoresheet before the break when he headed wide when unmarked. 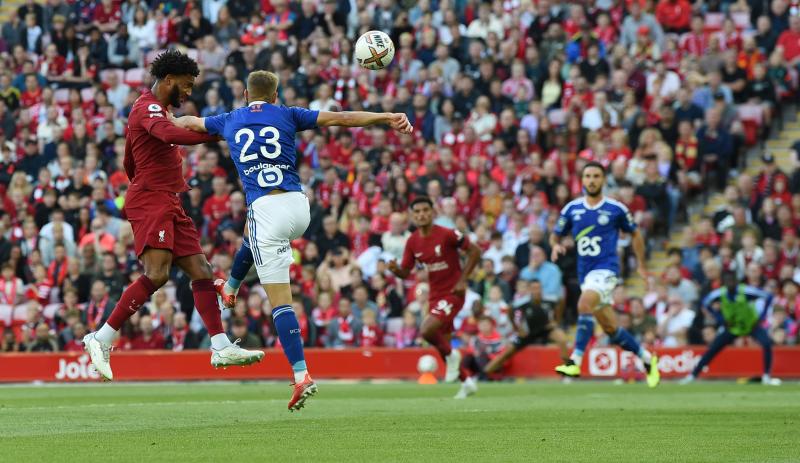 At the other end, Stefan Bajcetic was denied by a stunning save from Matz Sels before the interval, with the visiting goalkeeper pushing his free-kick over the bar.

The Strasbourg ‘keeper thwarted Chambers on the hour as the youngster drove across goal before Carvalho hoisted a shot over the bar after a corner broke invitingly for him.

Liverpool’s threat was by now on the rise – and Sels was called into action once more when he was needed to beat away Tyler Morton’s strike from the edge of the area.

Nevertheless, Diallo could have grabbed a fourth for the French side when he sent a side-footer spinning inches wide following a counter.

As the game edged towards its conclusion, Elliott drove over the crossbar after working space for a shot before Milner’s strike was foiled by Sels at his near post as Strasbourg kept hold of their clean sheet at Anfield.